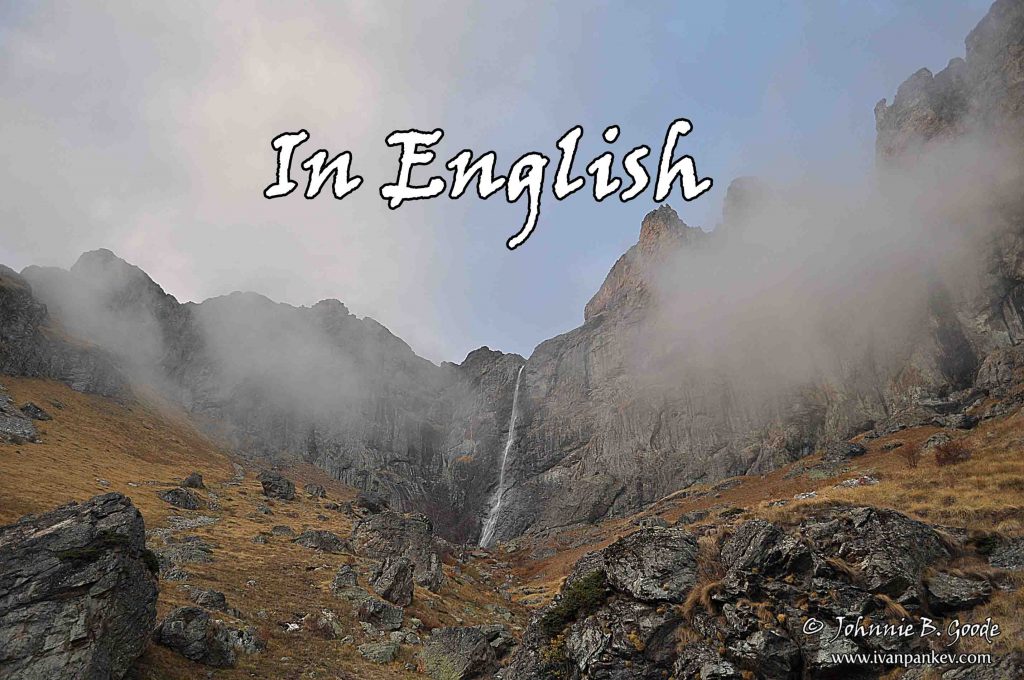 The beauty of Bulgaria in a few sentences and photographs as I’ve seen it through my (contanct) lenses. This chapter is about our waterfalls.

After I wrote a short photo-description of Bulgaria’s main mountain ranges I find it proper to devote a chapter to one other of our natural wonders – the waterfalls. Our country is blessed with huge water resources and the waterfalls on its territory are numerous. The article is not thorough, I just want to show you some of the most beautiful nooks of my homeland. 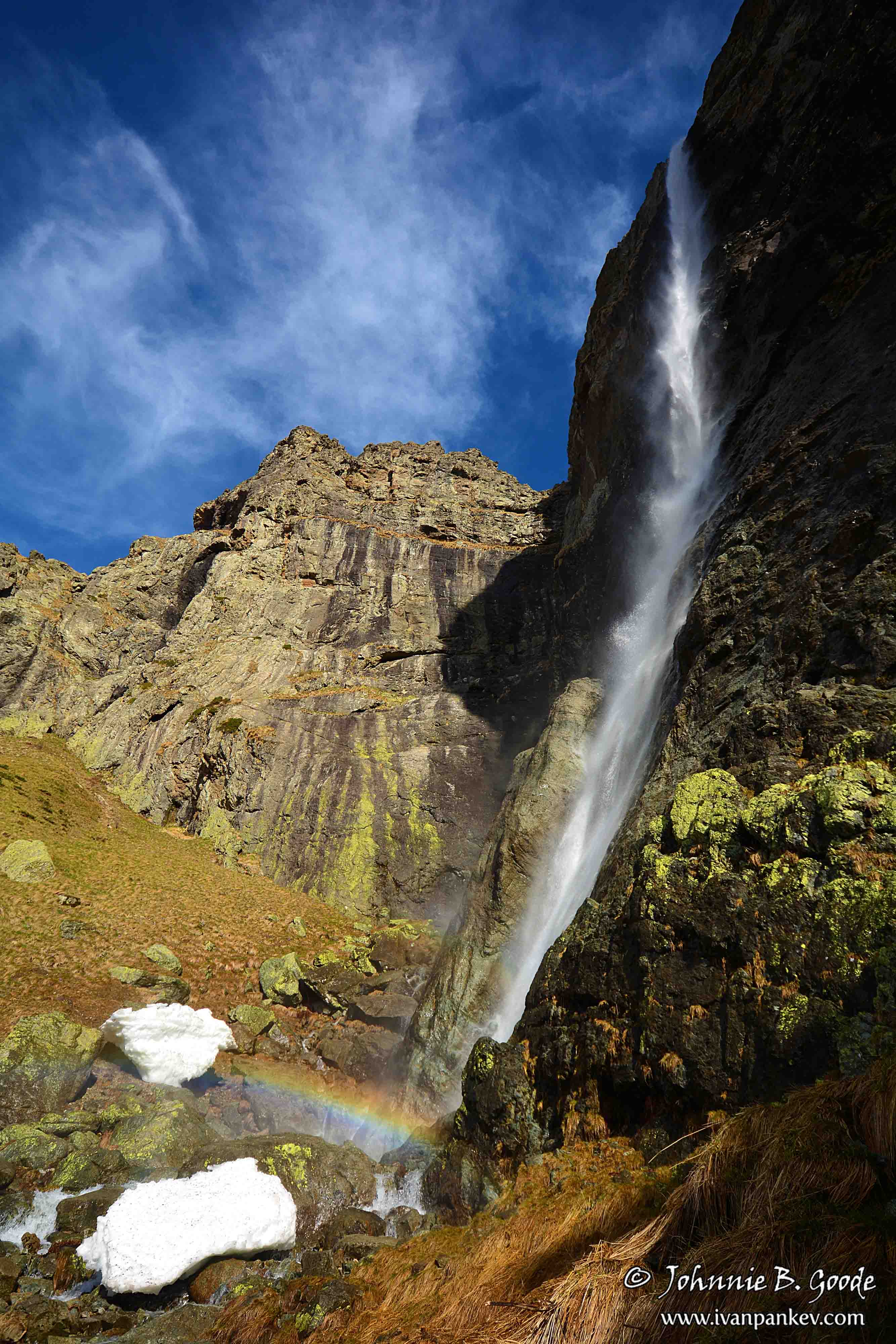 I will start as I should – with the Heavenly Spray (Rayskoto praskalo). With its 124.5 m. it is the highest waterfall not only in Bulgaria but on the entire Balkan Peninsula. It is located in the Central Balkan National Park, in the South Dzhendem Nature Reserve and it’s relatively easy to reach – about half an hour’s walk away from the Paradise Hut.

As I like to say: “Heaven in Hell” (Dzhendem in Turkish means Hell) 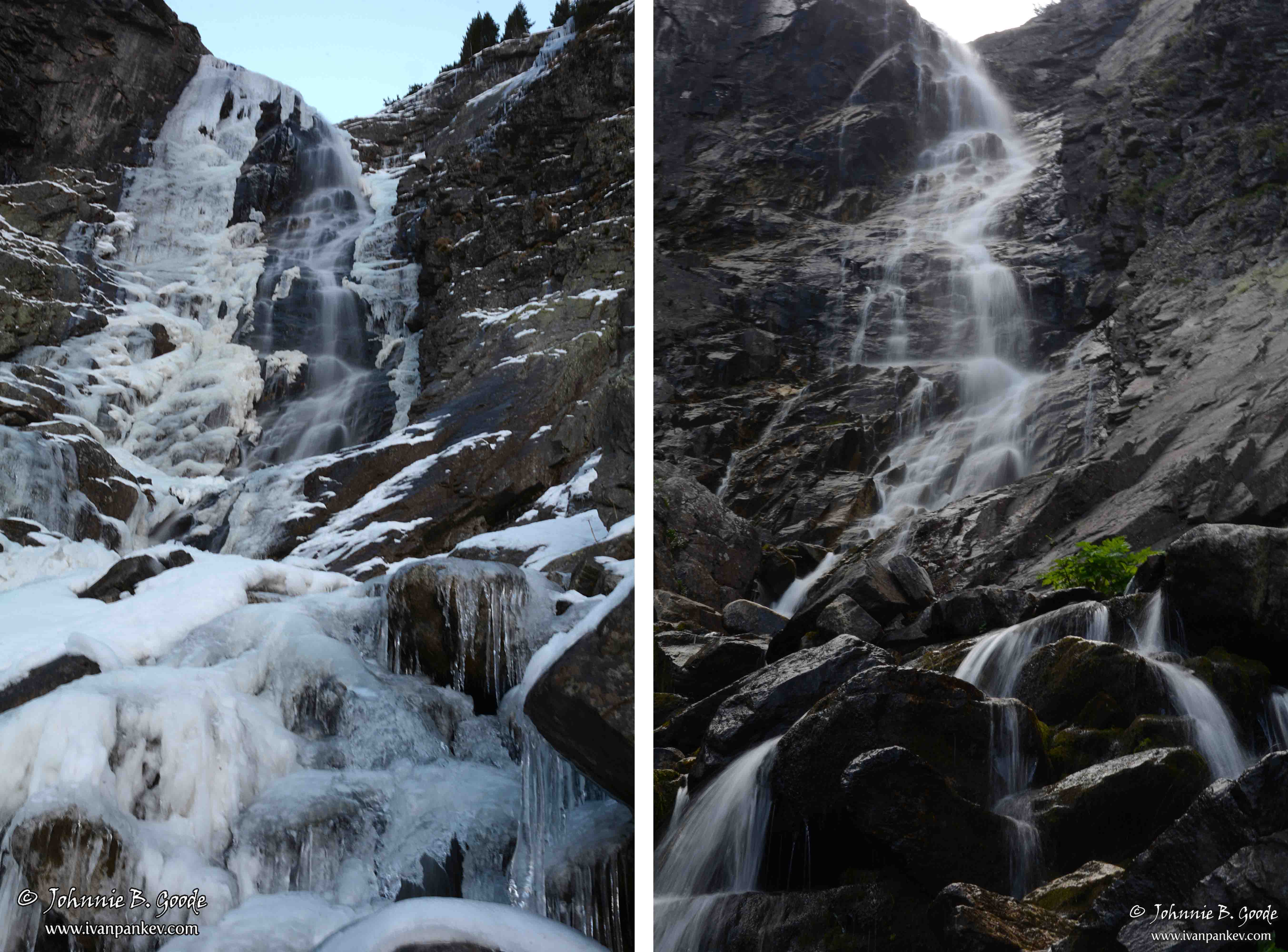 Skakavitsa is the highest waterfall in Rila Mountain – 70 m. It is located in Rila National Park at the foot of Mt. Kabul, just 30 min. from Skakavitsa hut. In winter the waterfall is almost unrecognizable – it freezes completely and is suitable for ice climbing. 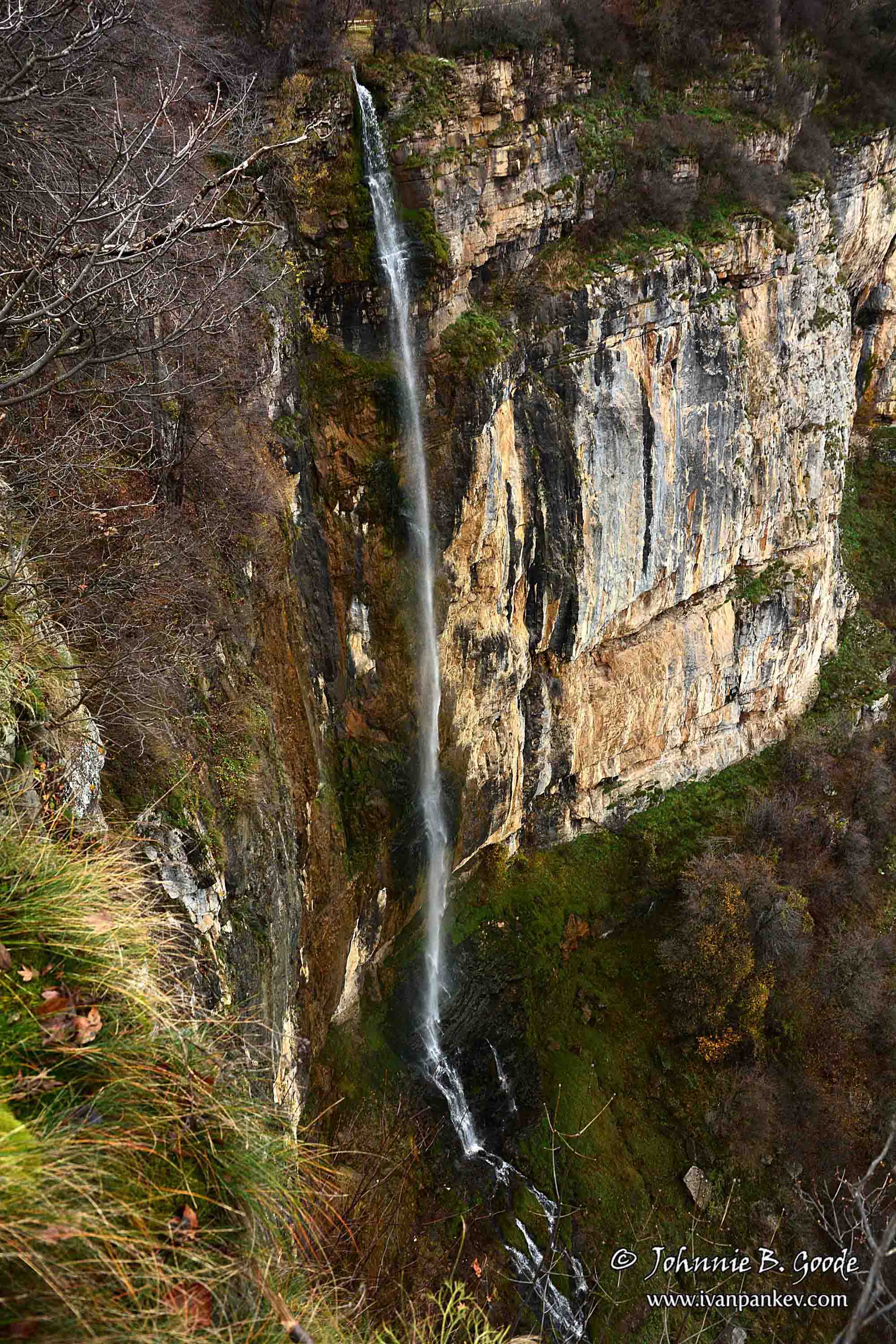 Skaklya waterfall, also known as Zaselski waterfall, is located near the village of Zasele and is 85 m high. It is accessible by public transport from Sofia – train to Bov Train Station. Follow the Vazov eco-path that passes through the waterfall and leads to the plateau above it, offering several different photo-perspectives.

The Lucky Spray (Kademliyskoto praskalo) is 72 m. high and is located in Central Balkan National Park at the foot of Mt. Triglav. It is one of the most beautiful waterfalls in Bulgaria for it has high water year round, even in summer. It is also easily accessible – it is located between Triglav hut and Tazha hut next to a dirt road connecting Tazha village and Rusaliyski pass. 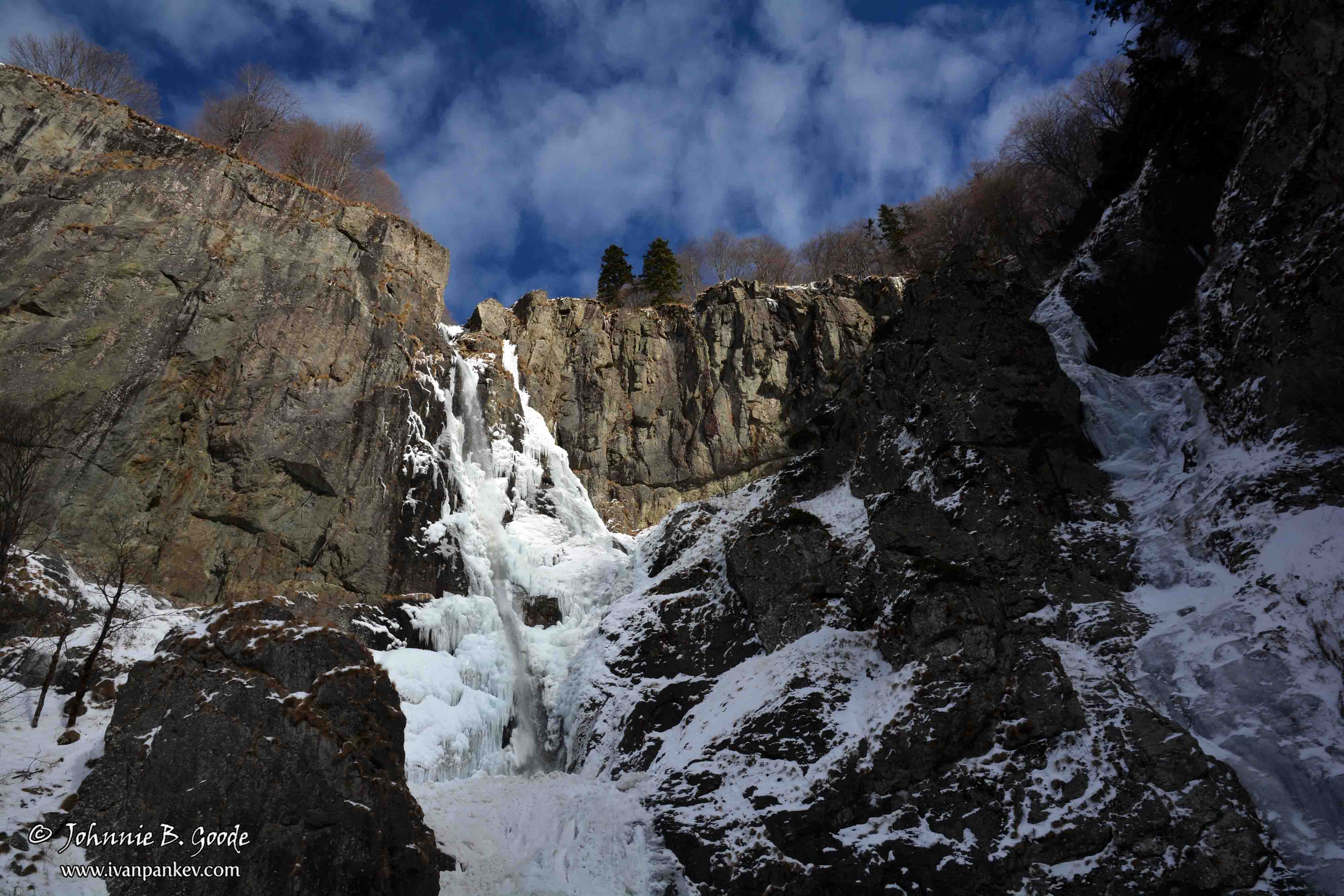 I find it difficult to say whether I like the Lucky Spray more in summer or in winter. It’s just like arguing whether summer or winter is a more beautiful season. Both have their charms. As the meteorologist at Mt. Murgash says:

“A man can say they really know a place, only if only they have seen it in all seasons”. 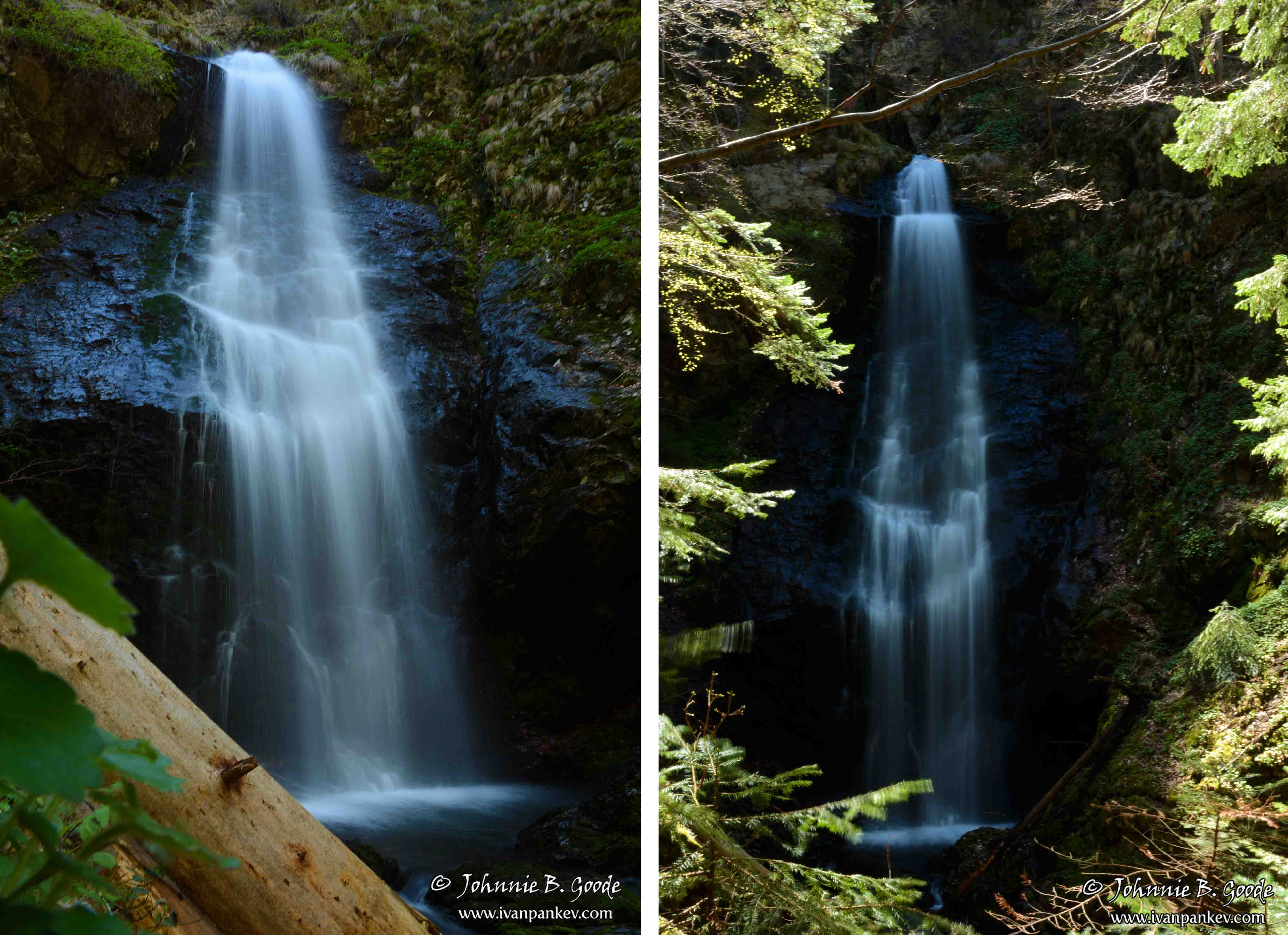 I do not know if it is only because it is significantly lower (20-25 m.), but the Black Spray (Chernoto praskalo) is a relatively rarely visited waterfall. It is located in Central Balkan National Park in Old River (Stara reka) Nature Reserve in the foothills of Mt. Ravnets. The trail from Kaplovo to Vasil Levski hut is quite near. 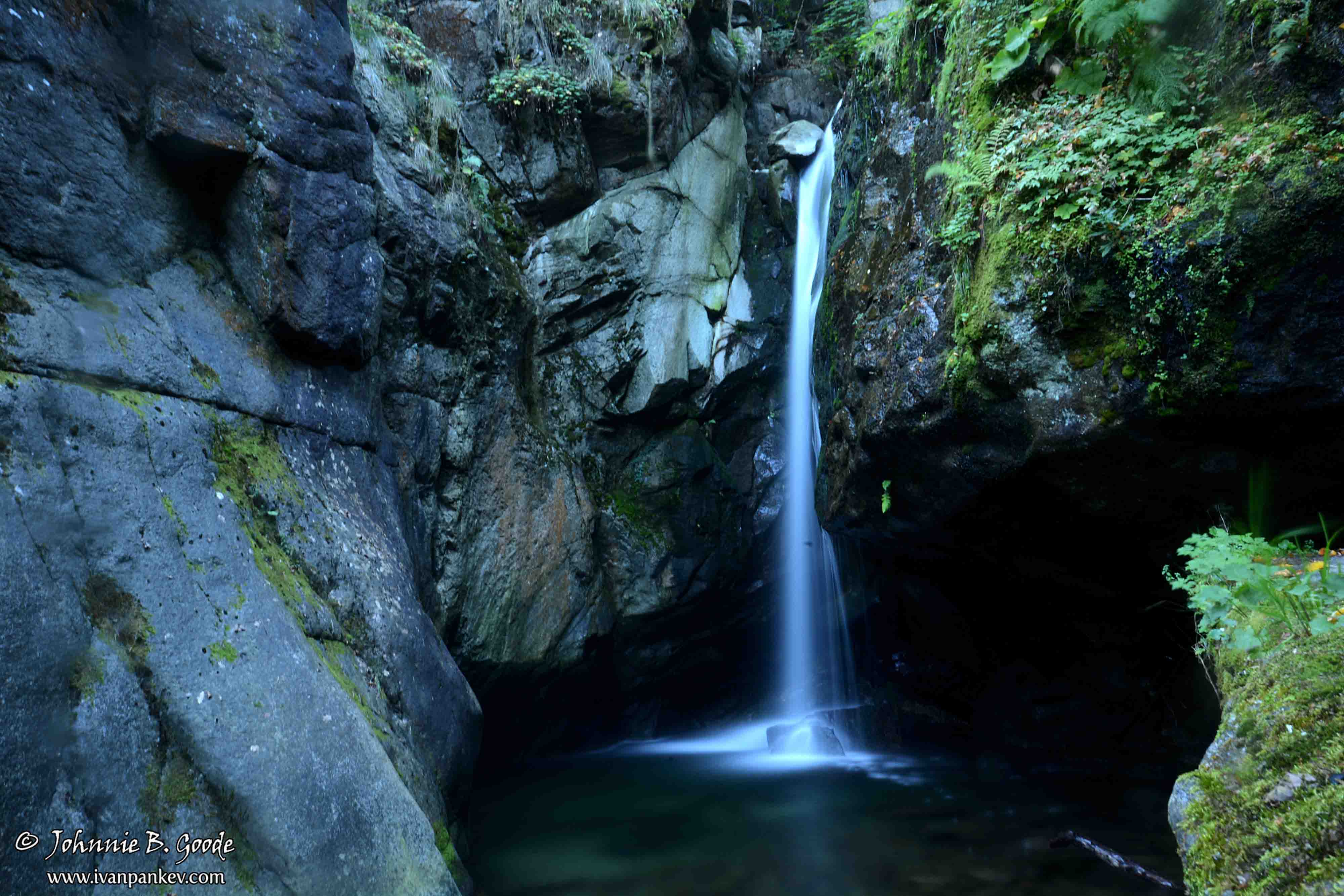 Kostenski (Kostenetski) waterfall is located in Rila Mountain near the summer-houses of Kostenets village. Its fall is only 12 m. high, but it impressed the Patriarch of the Bulgarian literature Ivan Vazov, who devotes two poems to the waterfall. 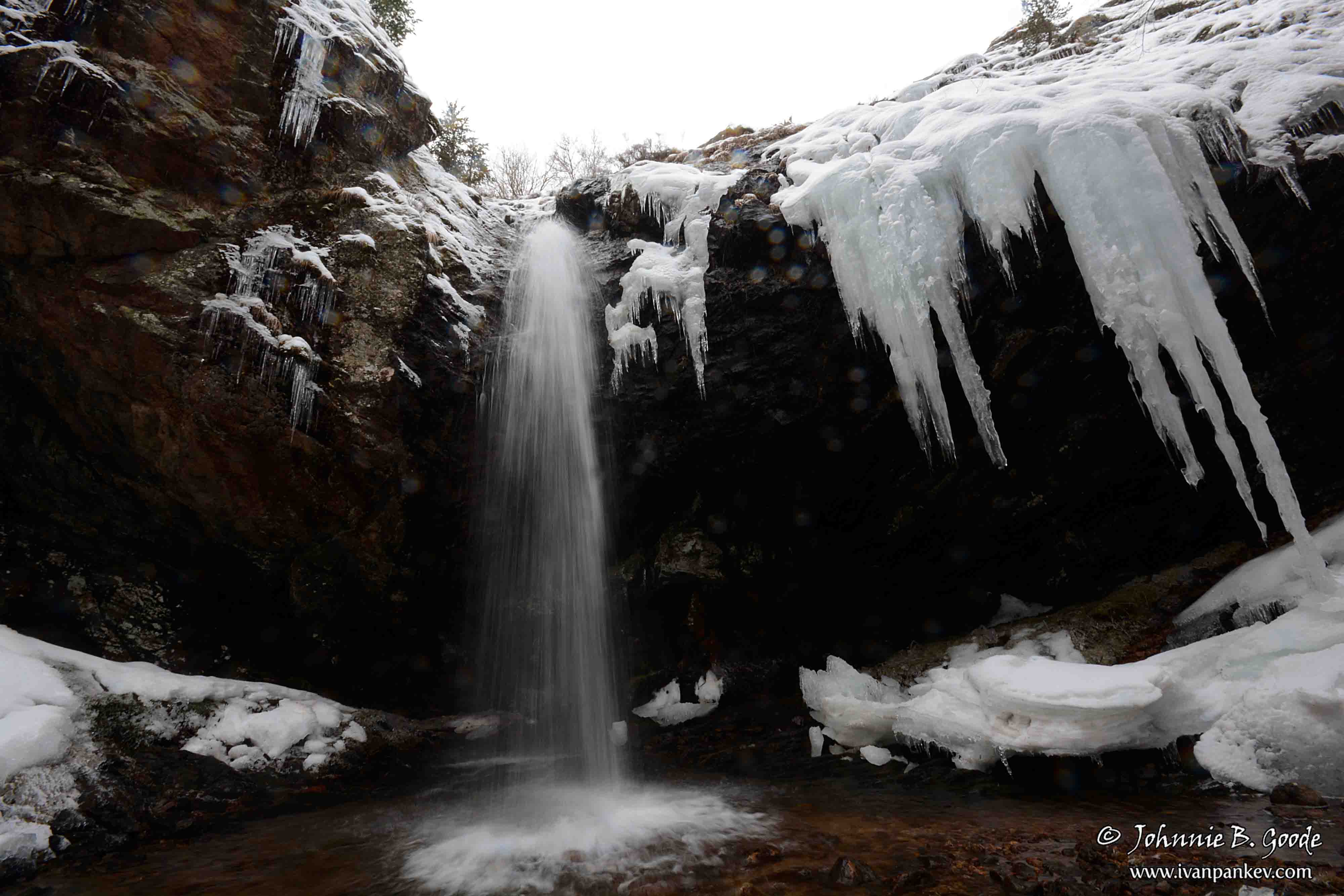 The Jump (Skoka) is a common name for waterfalls in Bulgaria. This one in particular is located in Central Balkan Mountain about 30 min. on a rough terrain away from the signed trail connecting the town of Klisura and Echo hut. It consists of a cascade of 3 falls on The Flat River (Ravna reka) with a total height of about 30 m. 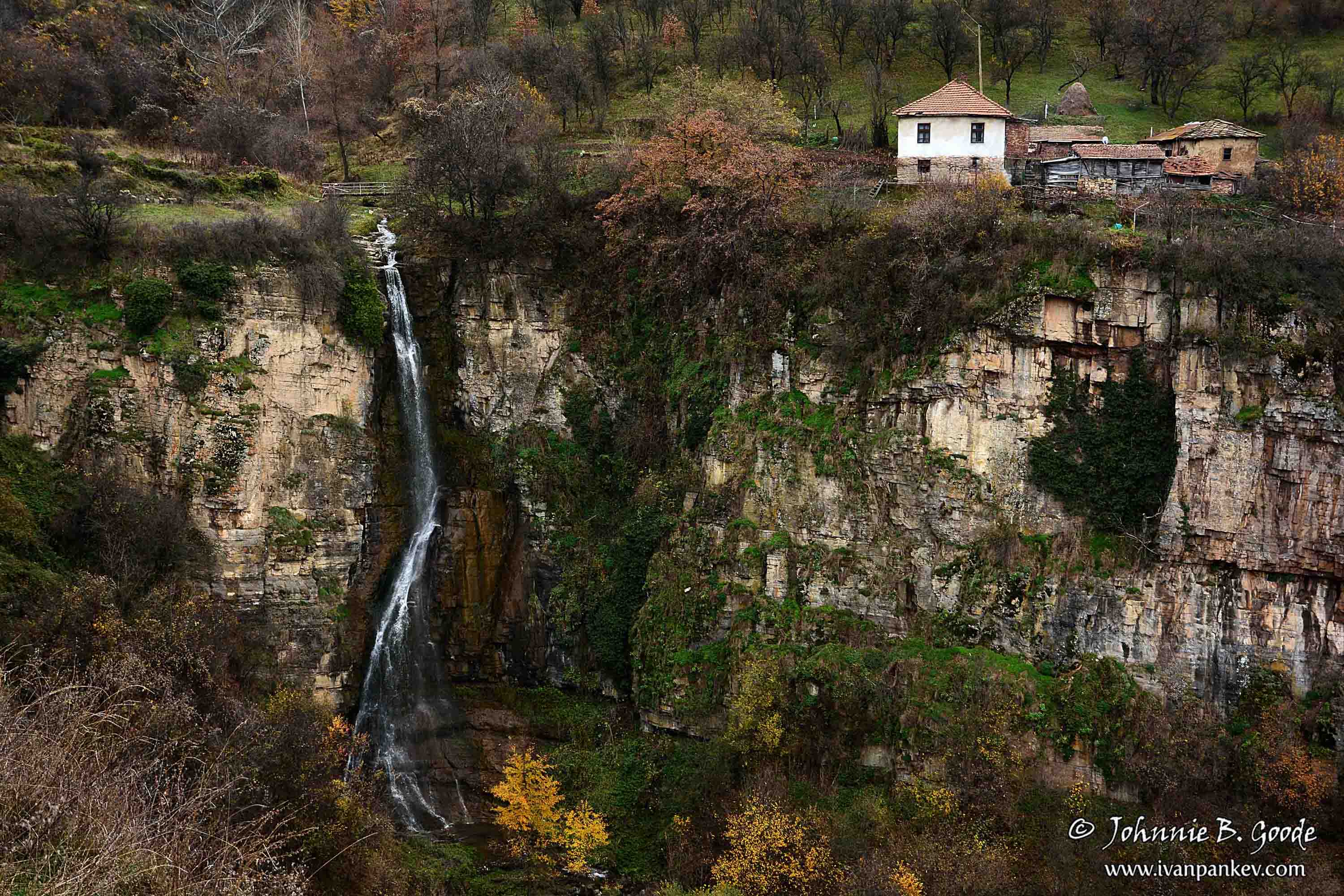 Just like Skaklya, “Under the rock” waterfall (Pod kamiko) is located in Iskar Gorge, Western Balkan Mountain. Even the starting point of the trails is the same – Bov Train Station, so they can be combined in a long day’s walk. Ii is interesting that “Pod kamiko” is 40 m. high and is located quit near the houses of the village of Bov. From this village you can go to Trastenaya hut. 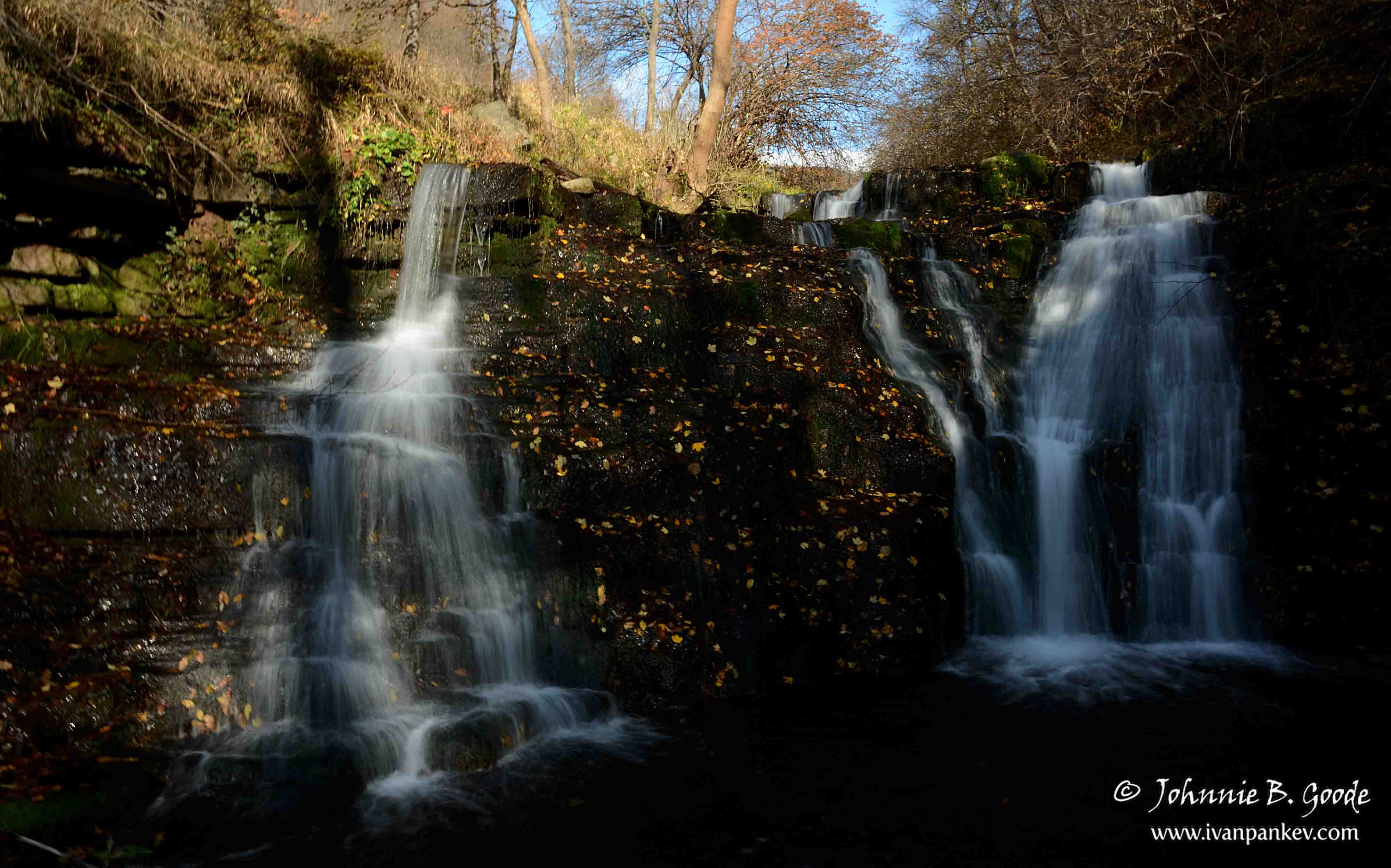 The eco-path to “Pod kamiko” was constructed in May 2012 and was financed by the “America for Bulgaria” Foundation. It is quite picturesque and follows the rocky valley of Bovska river, which has formed a lot of interesting small cascades and waterholes. 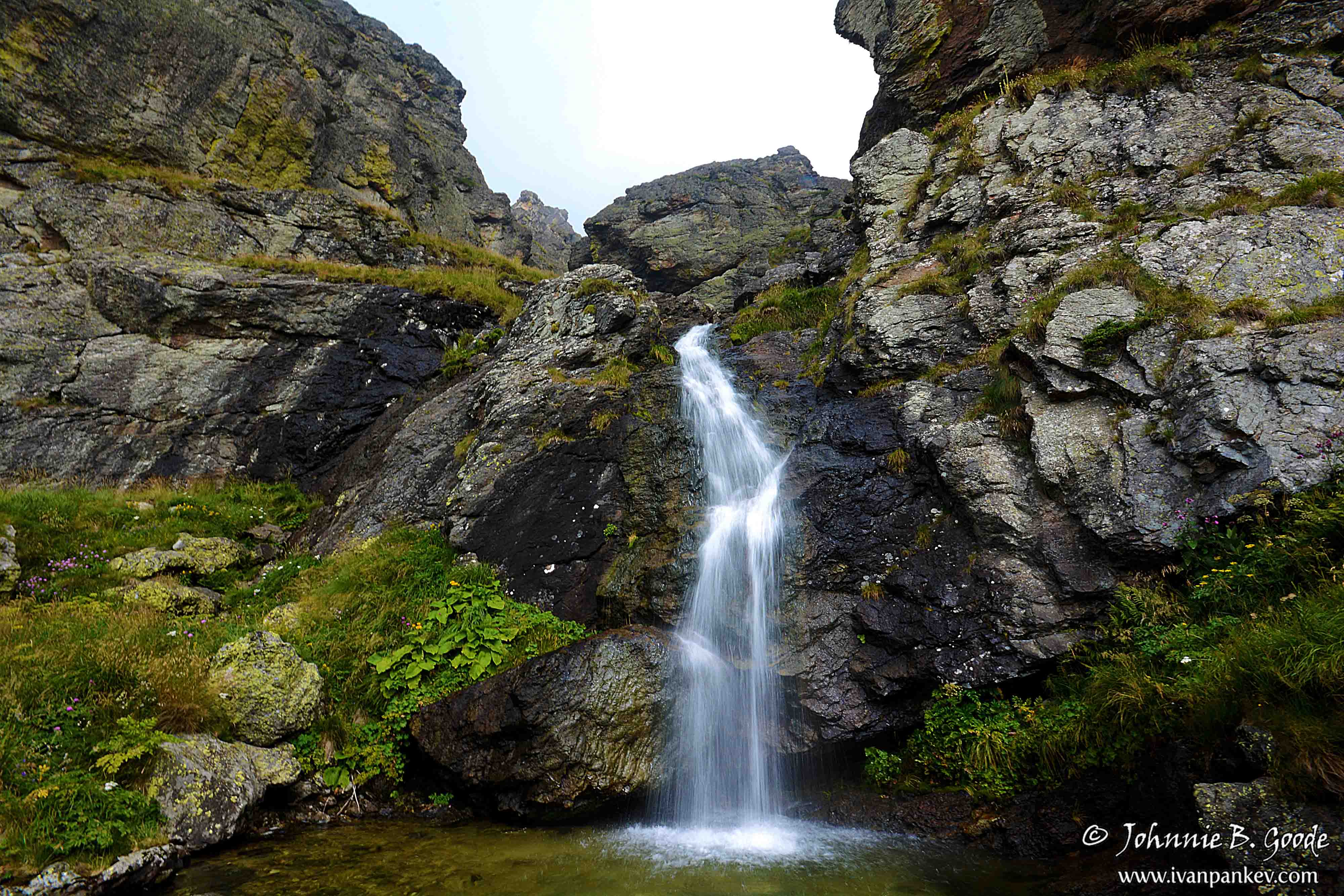 The Spray waterfall  (Praskaloto) is marked on the trekking maps and local people know it, but no matter how much I search for it on the internet, I did not find anything. It is located in the Central Balkan National Park at the foot of Mt. Zhaltets (Yellow Peak) (part of the Triglav massif) and somehow remains off the beaten track. I myself had no intention of visiting it either. For several days I had walked around the surrounding hills and following the bed of the river seemed to me the most direct route back to “civilization”.

Climbing down with a heavy backpack from the upper fall of the Spray seamed risky because of a small but almost vertical threshold. I tried to first lower my backpack, but it rolled over and dropped from 25-30 m. straight into the pool beneath. As a result, everything inside my backpack was soaking wet and I was barely able to drag it out of the river. And the Kindle was literally smash into smithereens. The risks of the profession. 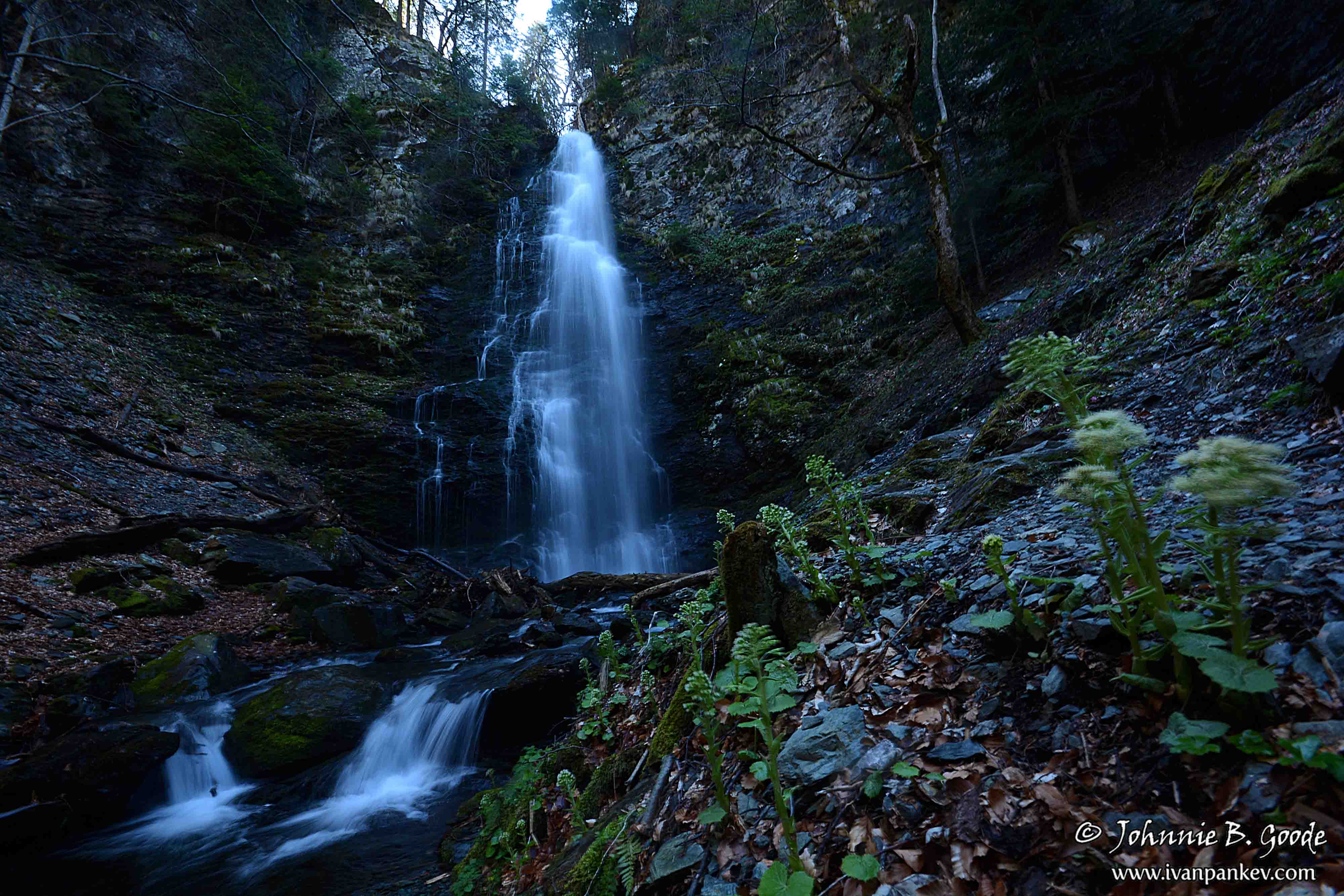 Apparently the landscape and the relief characteristics of Central Balkan National Park are suitable for the formation of waterfalls. The Karlovsko Spray (Karlovskoto praskalo) is yet another one of them. It is situated at the foot of Mt. Ravnets (The Flat Mount), only 10 min. away from Vasil Levski hut. The waterfall is about 30 m. high and in high water it is a beautiful sight. 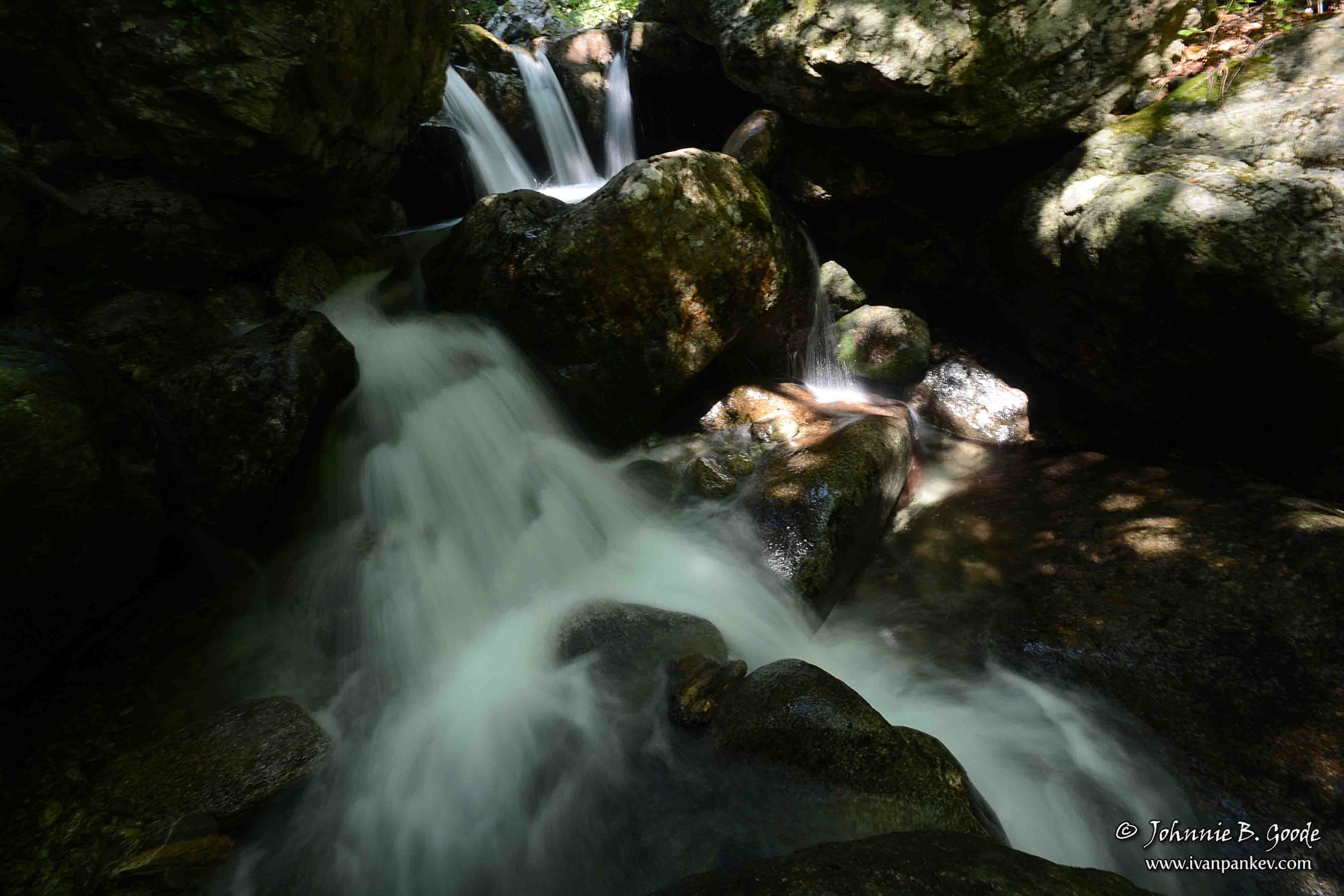 This is definitely not a waterfall, it could hardly even go for a fountain. At low water it probably doesn’t even exist. But I was fascinated how the water poured into three perfectly even streams, like an artificially created fountain. I called it Three Fountains. Again, it is located on the territory of the Central Balkan National Park near the trail to Paradise hut. 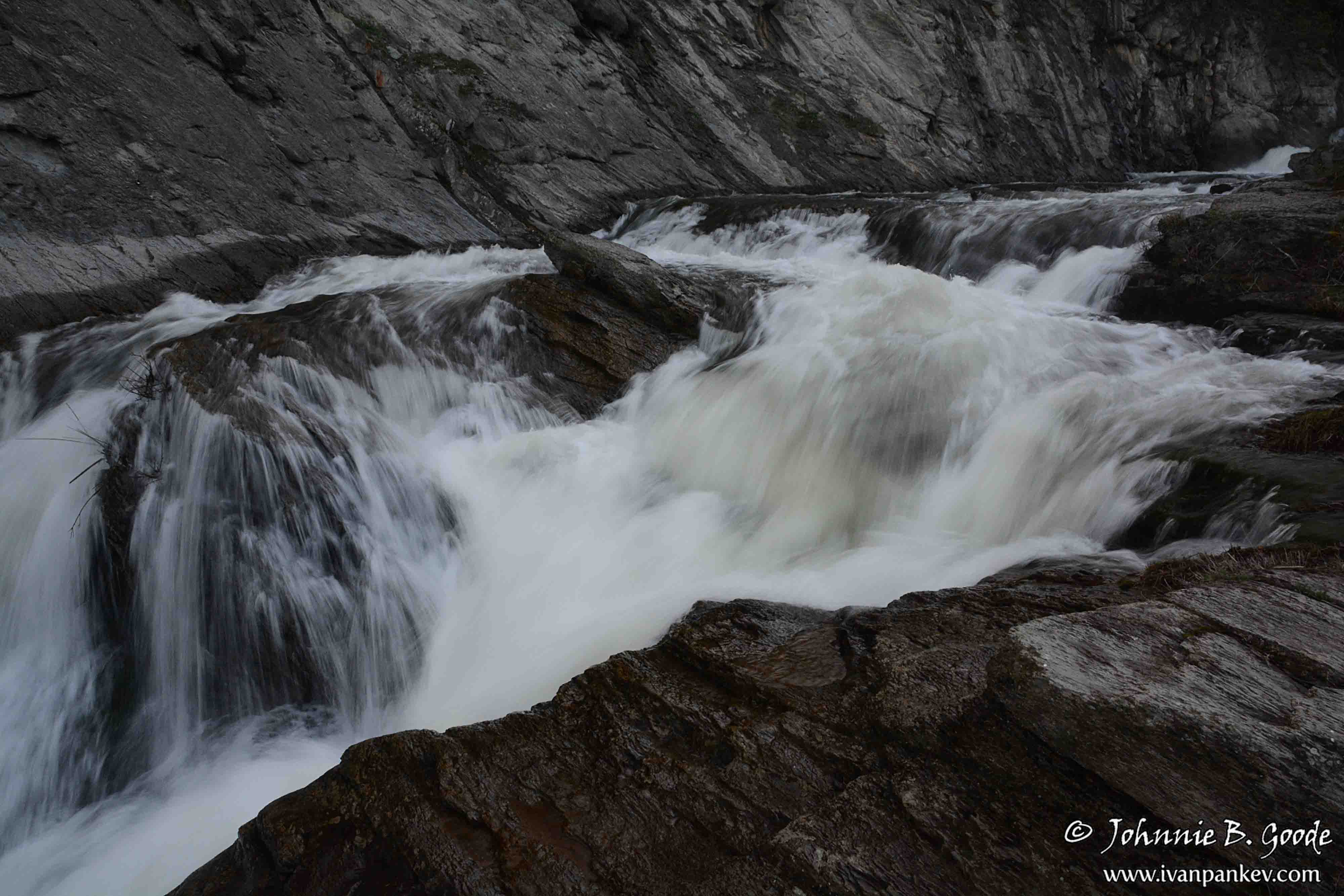 Kapinovski waterfall has only a 6-7 m. drop, but the pool underneath is even deeper. It is located in Eastern Balkan Mountain in the vicinity of the Kapinovski  Monastery  St.  Nicolas the Miracle maker near Veliko Tarnovo. The place is accessible by car and is good for sun-bathing and picnic, there is also a camping site. 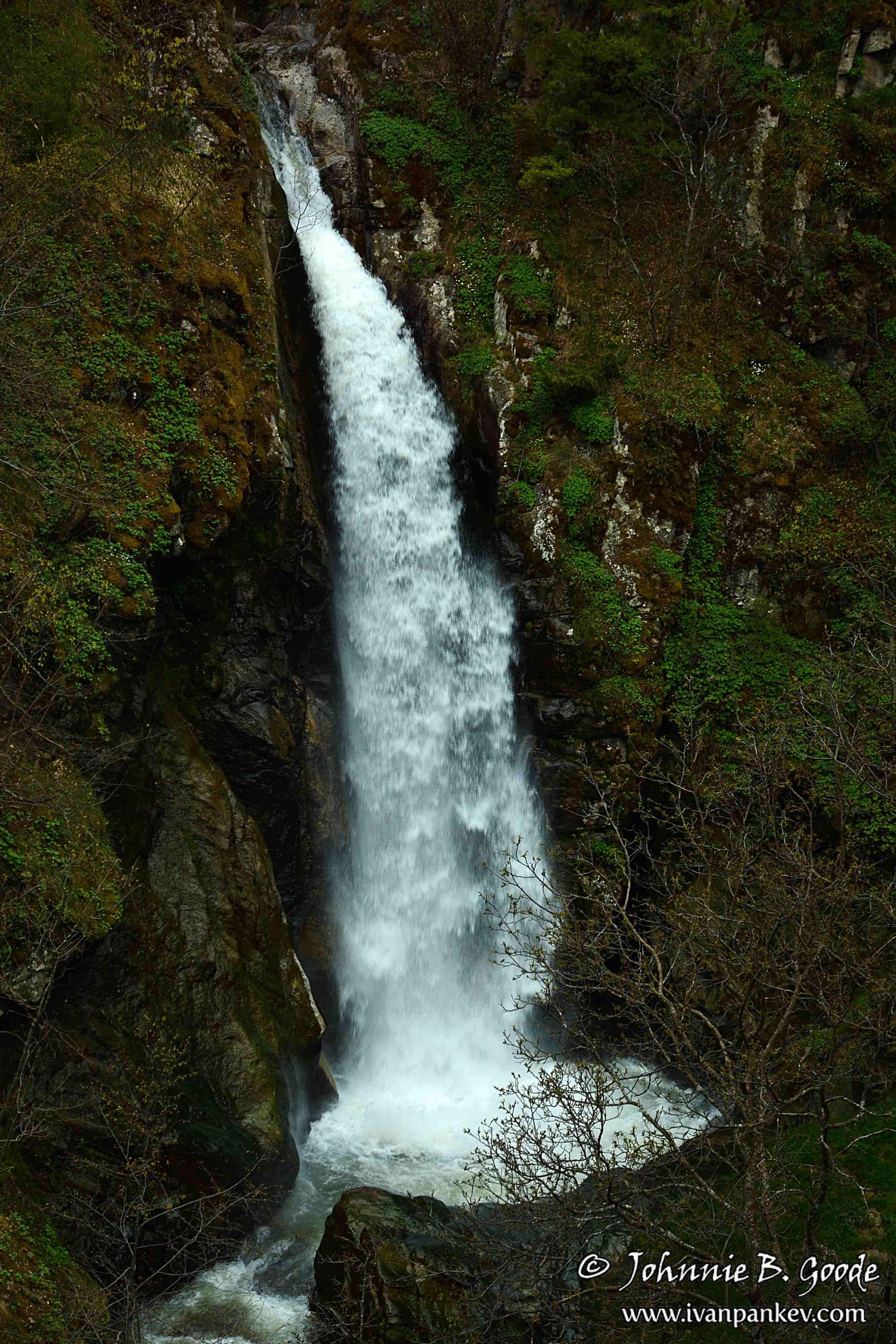 So far you have seen some small and some higher waterfalls in different parts of the Balkan Mountains. Only Skakavitsa managed to slip in. That does not mean that there are no waterfalls in our other mountains. As I’ve said at the beginning, this is only a small excerpt of our water wealth. And in order not to completely neglect the Rhodopes, the most extensive mountain range in Bulgaria, I will finish the article with Fatino Falls. It is located in the northwest Rhodope Mountains, about an hour’s walk from the village of Fotino and consists of 3 drops, the highest being about 16 m.