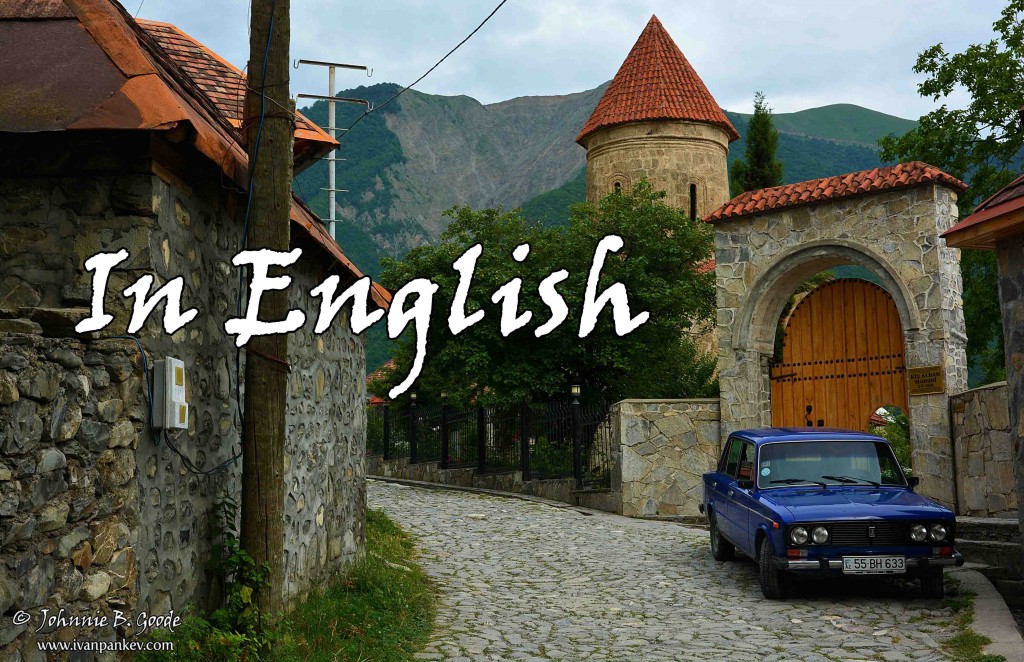 After 40 days of travelling around Turkey and a relatively short stay in Georgia, I crossed the border with Azerbaijan. Right from the start I realized that hitchhiking here was going to be easy enough. I only had explained in advance that I wasn’t going to pay for it. 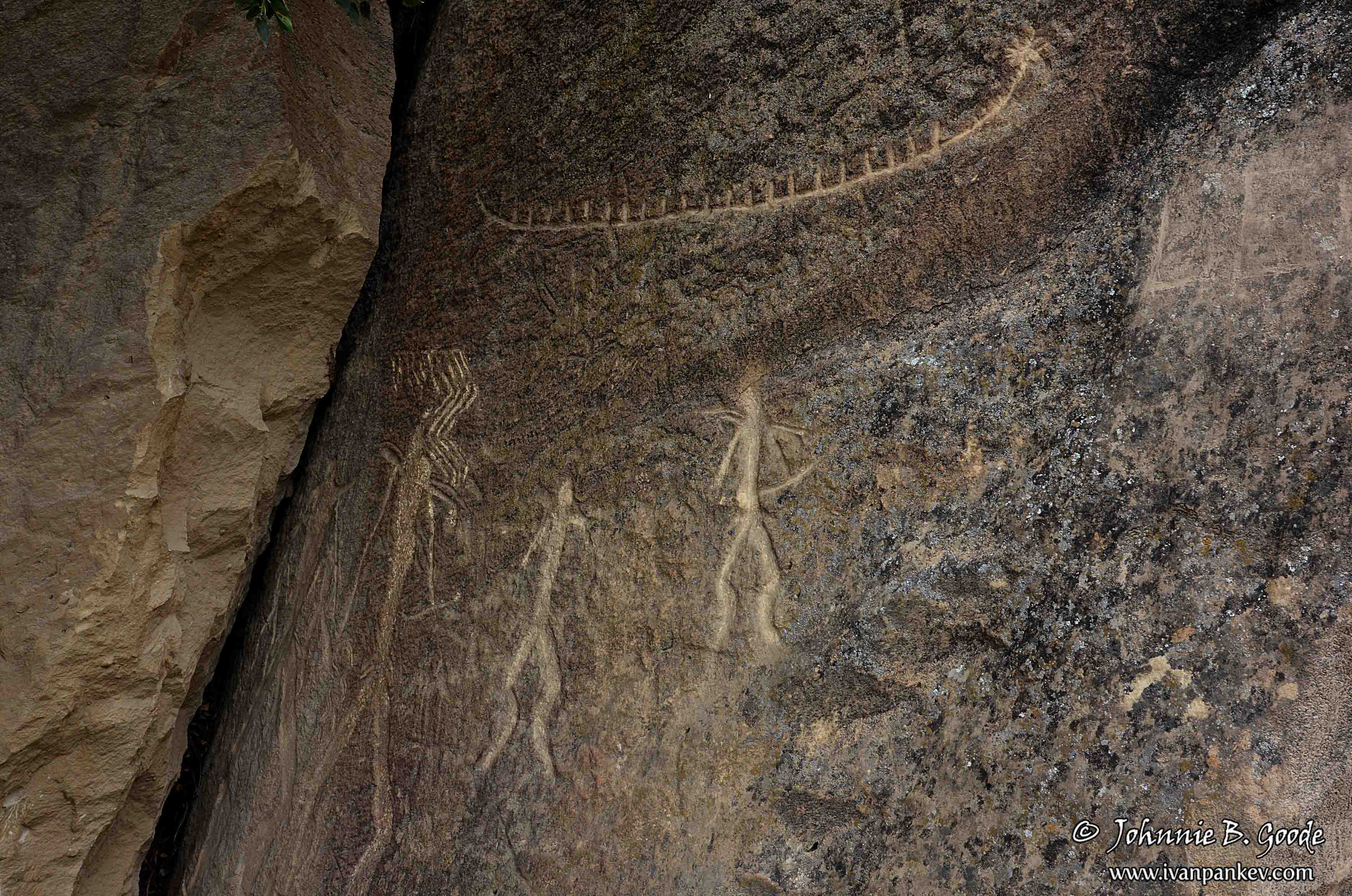 Qobustan Rock Art Cultural Landscape State Reserve was one of two Azerbaijani UNESCO World Heritage sites. It boasted over 6 000 rock engravings dating back between 5000–40000 years. Most of them depicted primitive men, animals, hunting scenes and ritual dances. The most intriguing was the spindly reed boat sailing into the sunset. 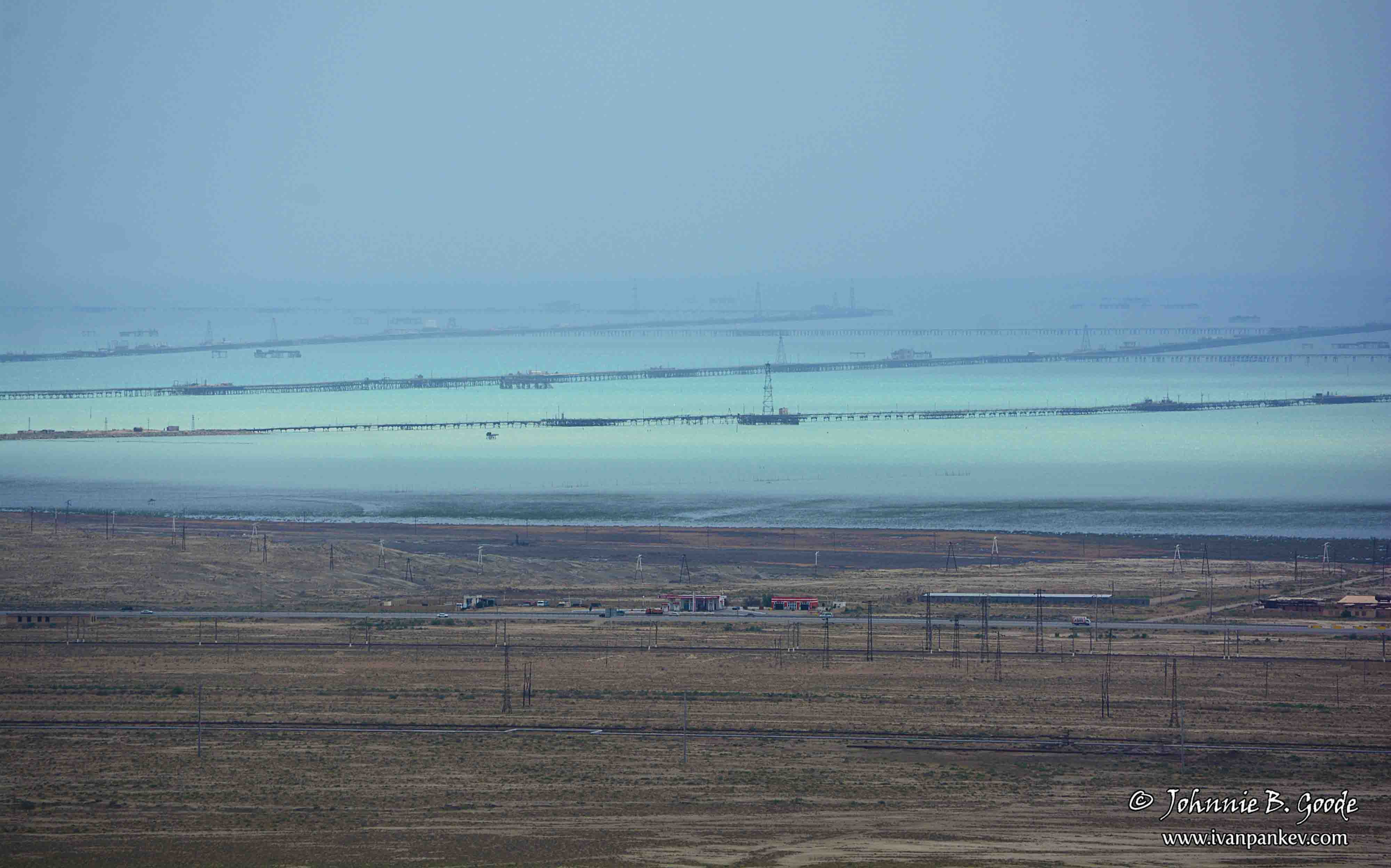 All the Caspian coast could offer was a desert landscape, heat and swelter. And the sea itself was girdled by miles of pipelines. 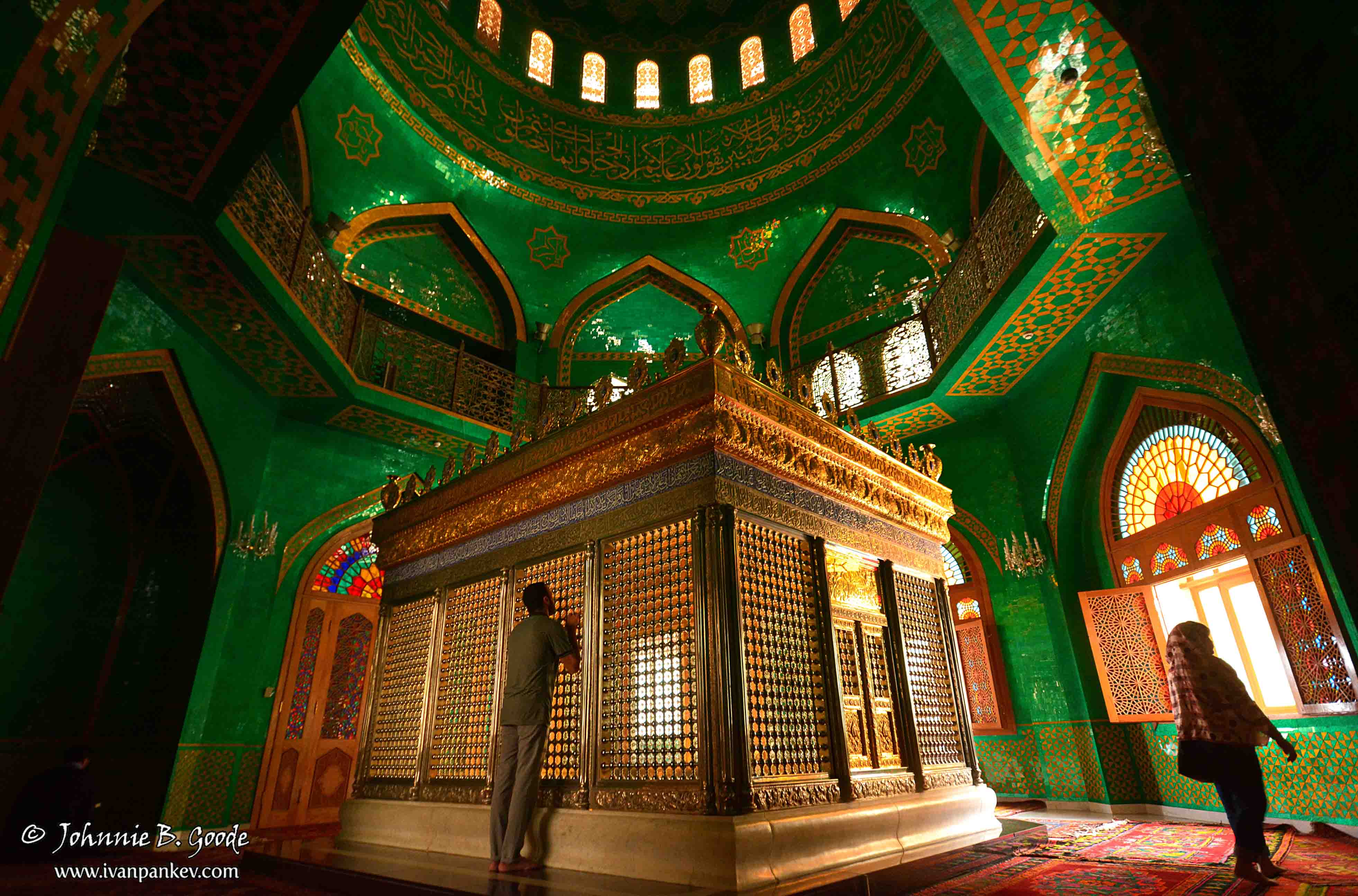 Azerbaijan is a Muslim country, but mosques are very rare, so are scarves, burqas are almost unheard of. The prolonged communist regime almost erased any religion in the country. Bibi Heybət Mosque was for centuries the region’s holiest shrine, but in 1934 it was demolished by the Soviets and was rebuilt in 1998. 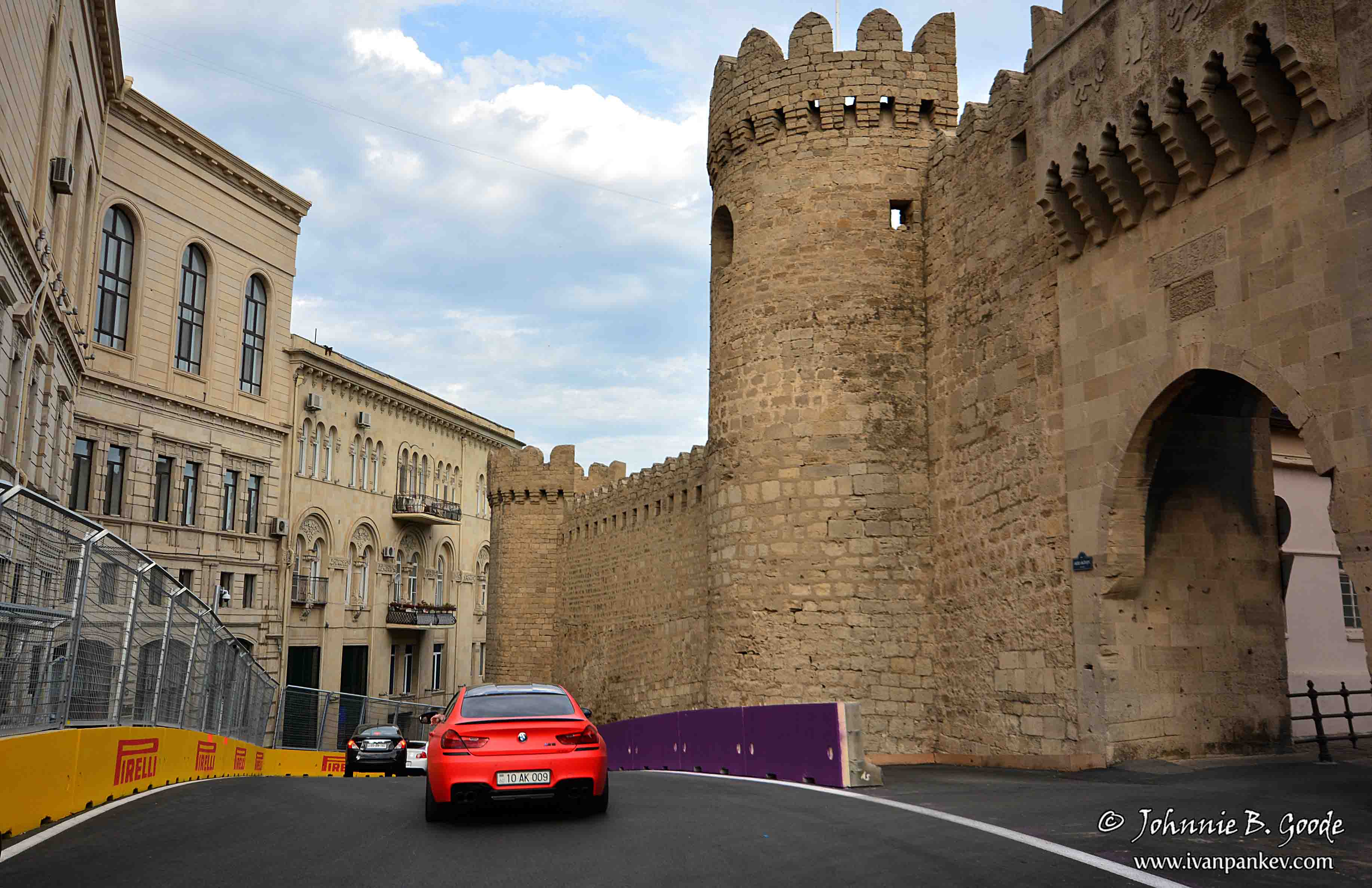 The old city of Baku was another World Heritage site and had some charm. A day before my arrival, however, there had been a Formula 1 Grand Prix on its streets and all enclosures and stands were still standing. That and the almost complete lack of underpasses and overpasses made the crossing of these streets a difficult and frustrating task. 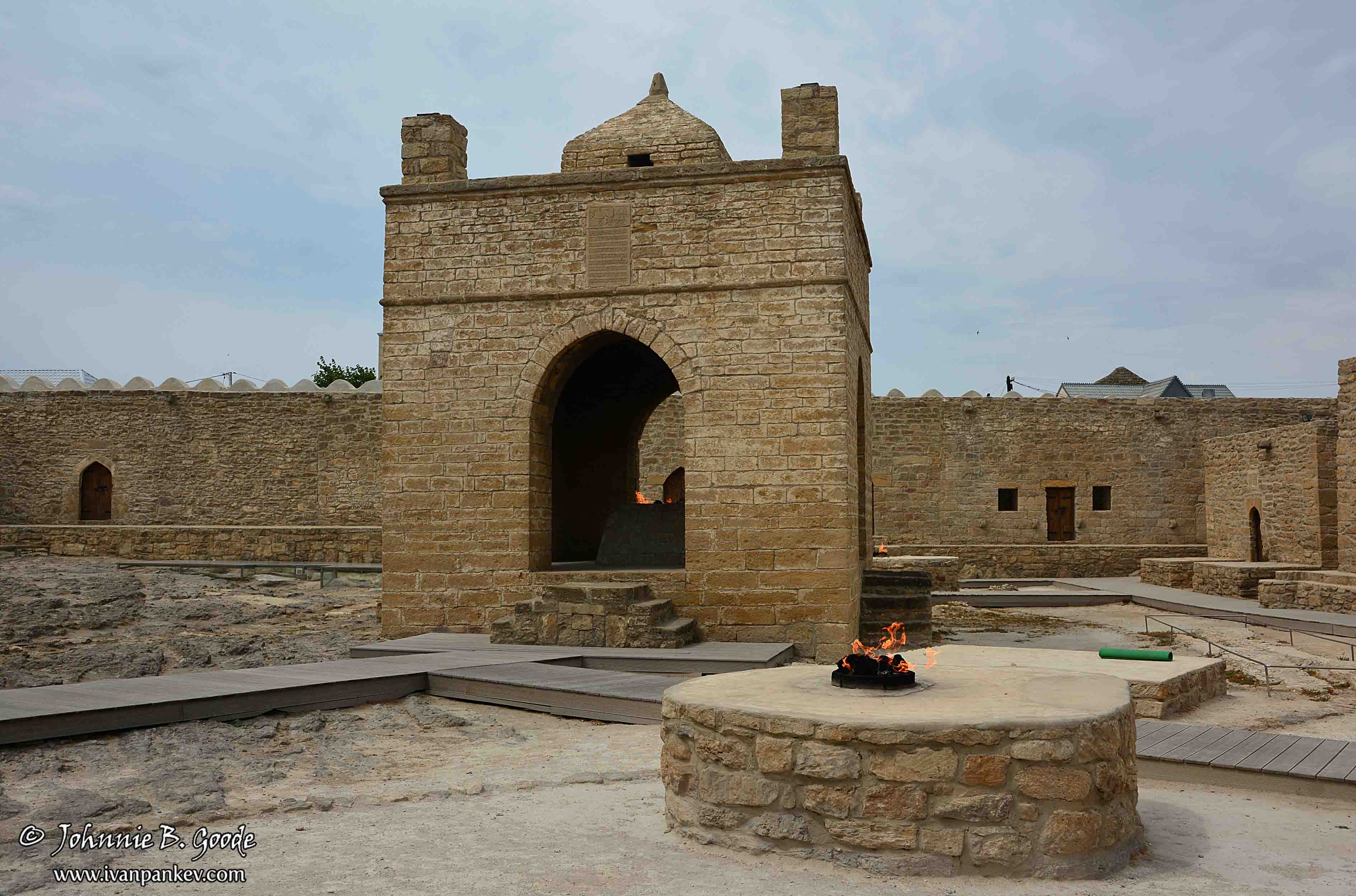 The castle-like Fire Temple of Ateşgah, located on the outskirts of Baku, had long been a pilgrimage and philosophical Zoroastrians center of this region. In 2007 it was declared a state historical-architectural reserve. My visit coincided with the World Yoga Day and within the temple a demonstration was taking place. So now the entrance was free, volunteers were distributing ayurvedic food and even urged me to join the session, but it ended before I did. 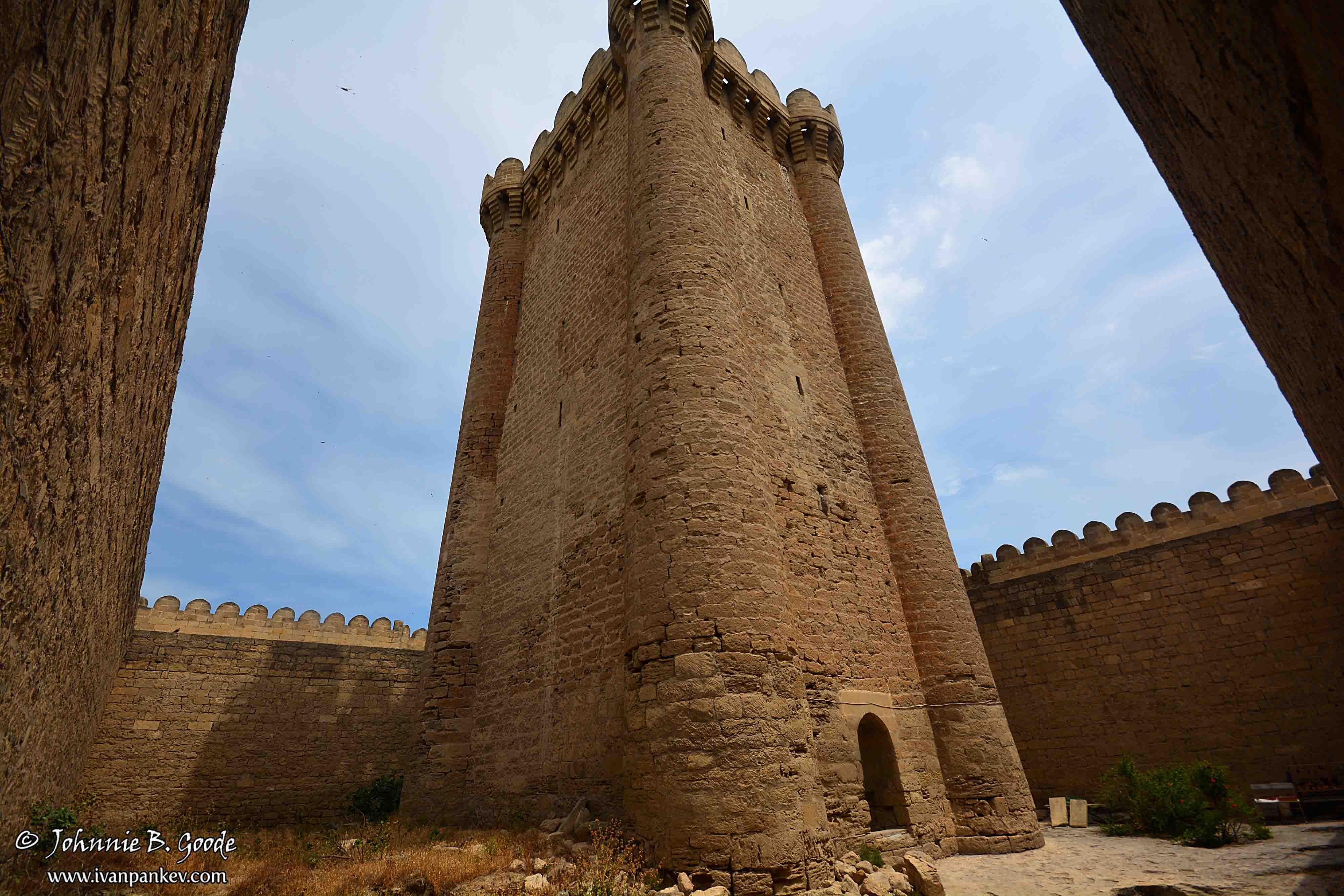 There were several medieval defense towers scattered around Baku’s suburbs, the most preserved among them was that in Mərdəkan. Close to the one in Nardaran I was stopped by a police post for a check-up. It lasted 45 minutes. During the procedure the sergeant had time to ask me such questions: 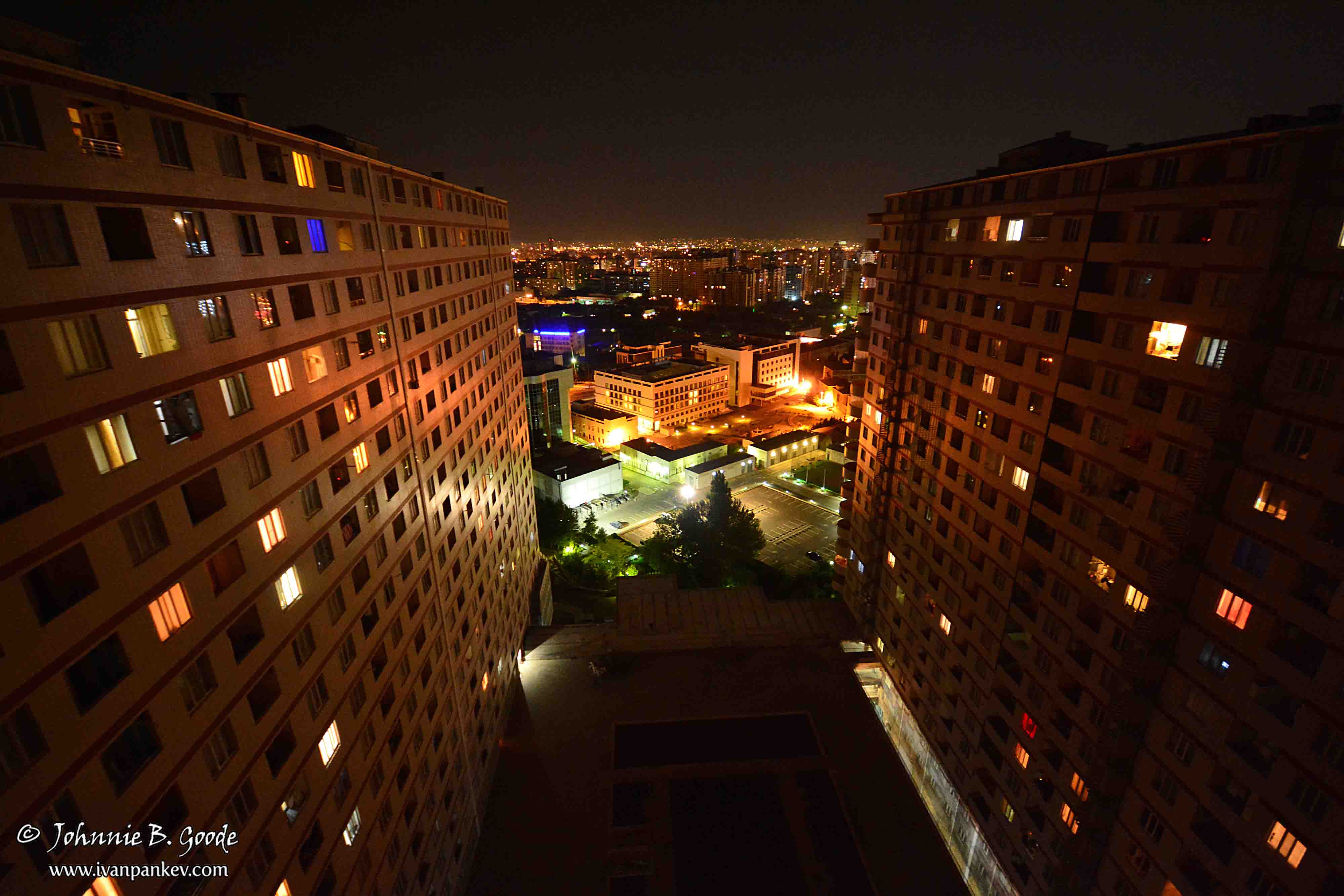 During my stay in the Azerbaijani capital I had a great Couchsurfing host. The Hungarian Gergely was living in an apartment with a nice night view. He gave me his bedroom, and he himself slept on the floor. Gergo was working for Airbus, the previous year he had done a 10-day trek in Rila Mountain. I showed him some pictures from Pirin Mountain, he was intrigued and in the autumn he visited this other Bulgarian mountain too. 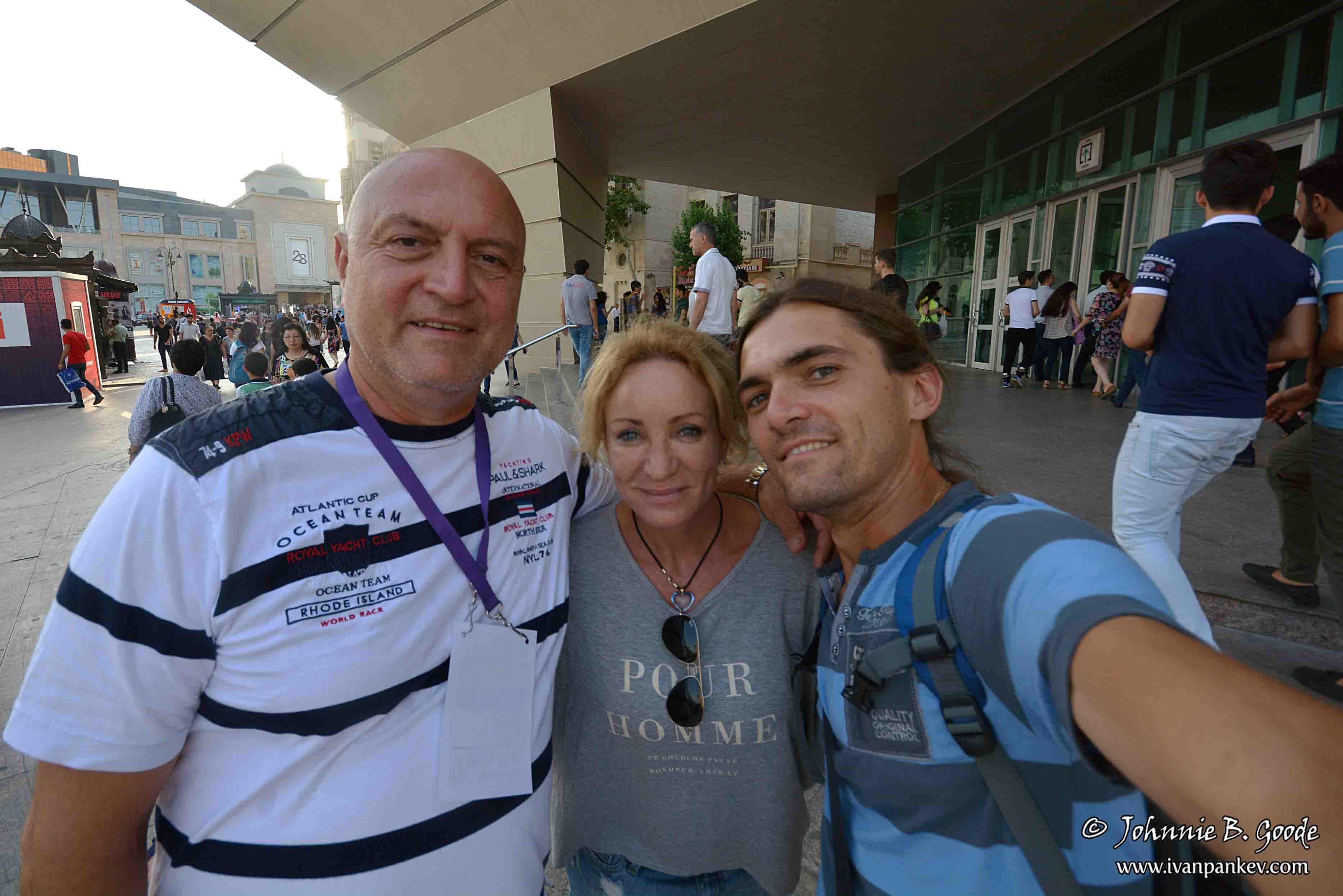 Probably the most exciting time of my stay in Baku was my meeting with Maria Grozdeva – a double golden Olympic winner – and her husband and personal coach Valeri Grigorov. They had come here for a World Cup competition. It’s a small world, is not it? 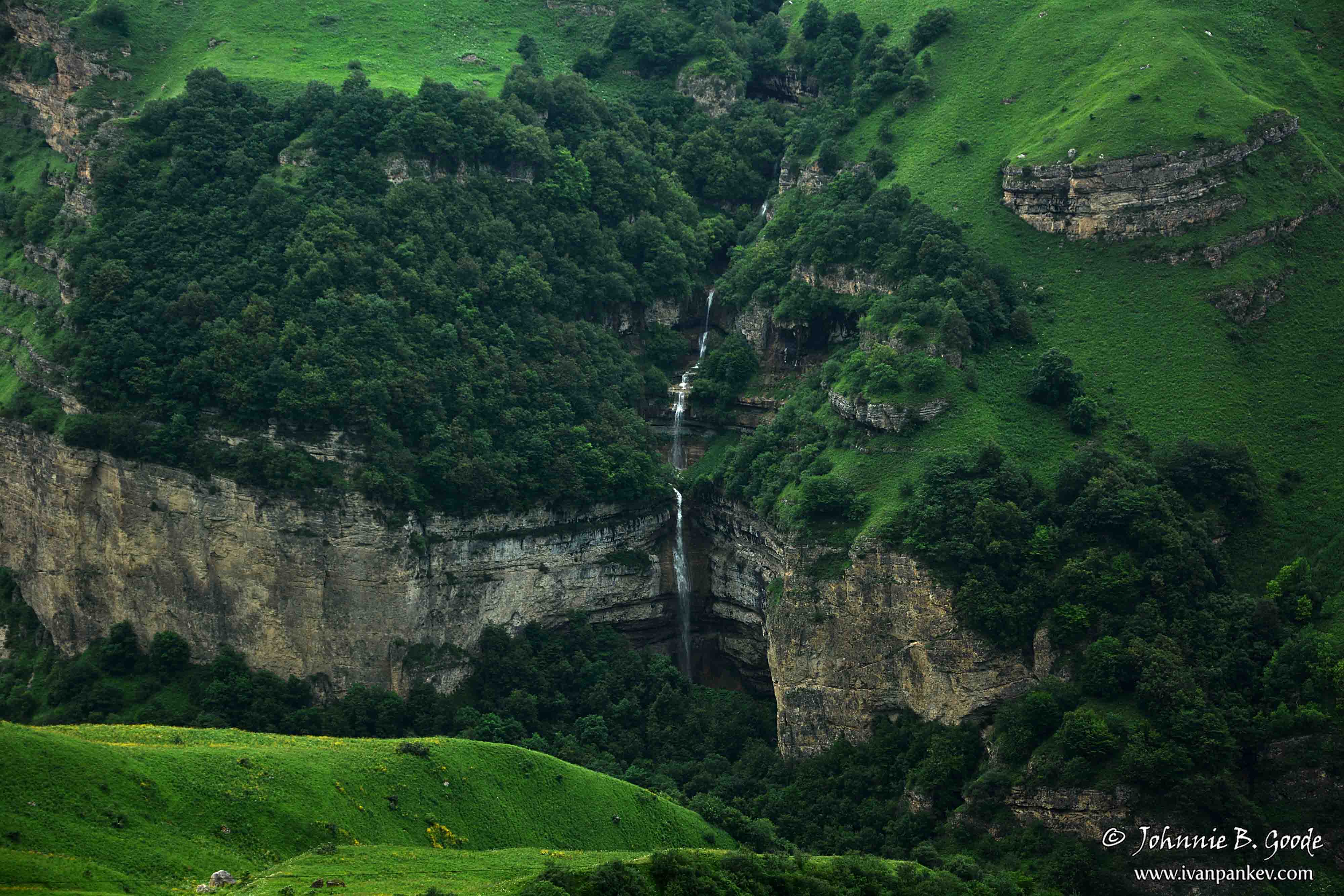 After the drought, heat and dust of the Caspian coast, the greenery surrounding Laza was a feast for my eyes. This small village was located in the foothills of the Caucasus and had four high waterfalls in its surroundings. 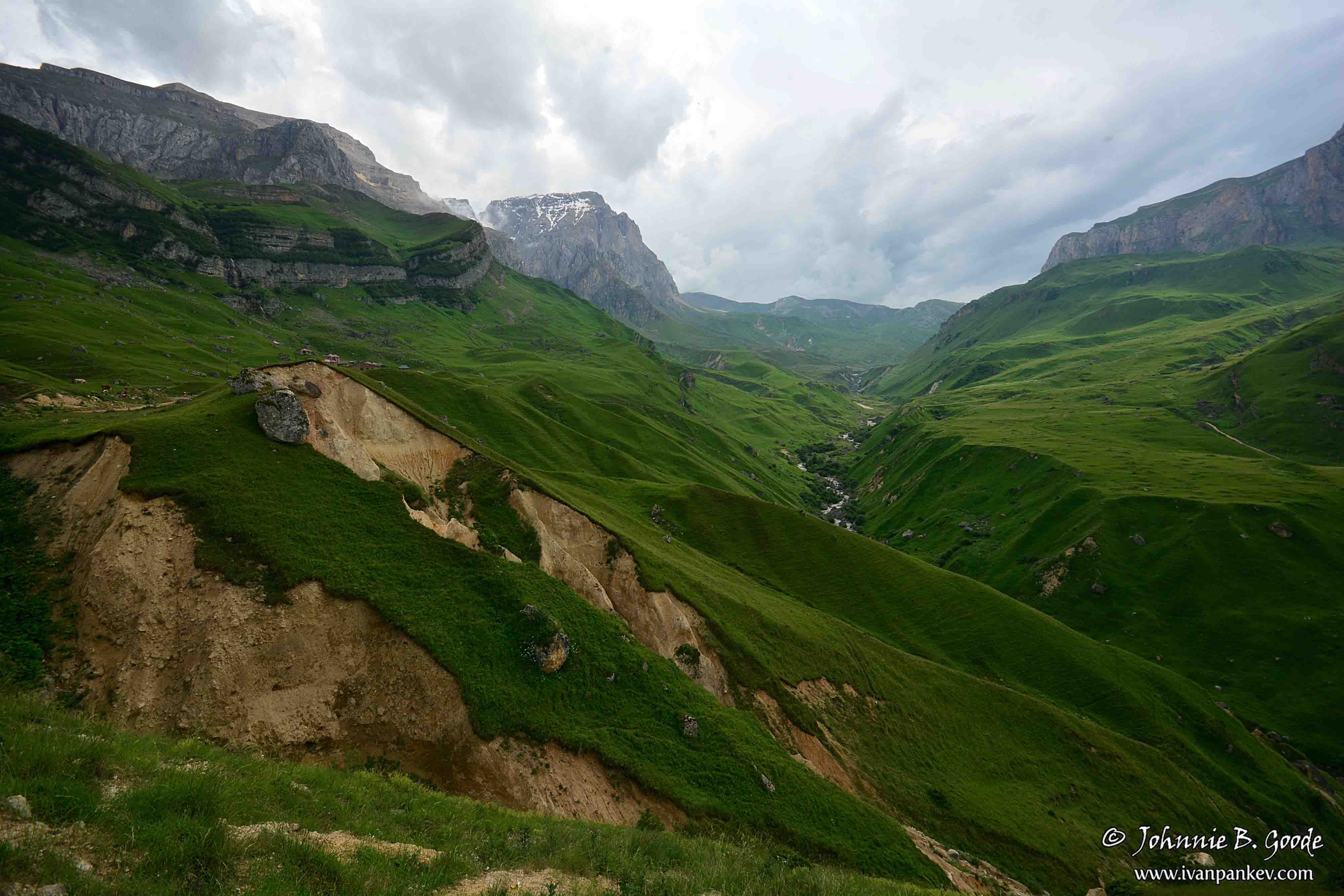 The scenery was enchanting, dominated by the still snowy slopes of Mt. Bazardüzü – Azerbaijan’s highest point with its 4466 m. According to the guidebook there was an attractive trek connecting Laza with the village of Xınalıq, located in the adjacent valley, but the trail was closed because of its proximity to the Russian border. 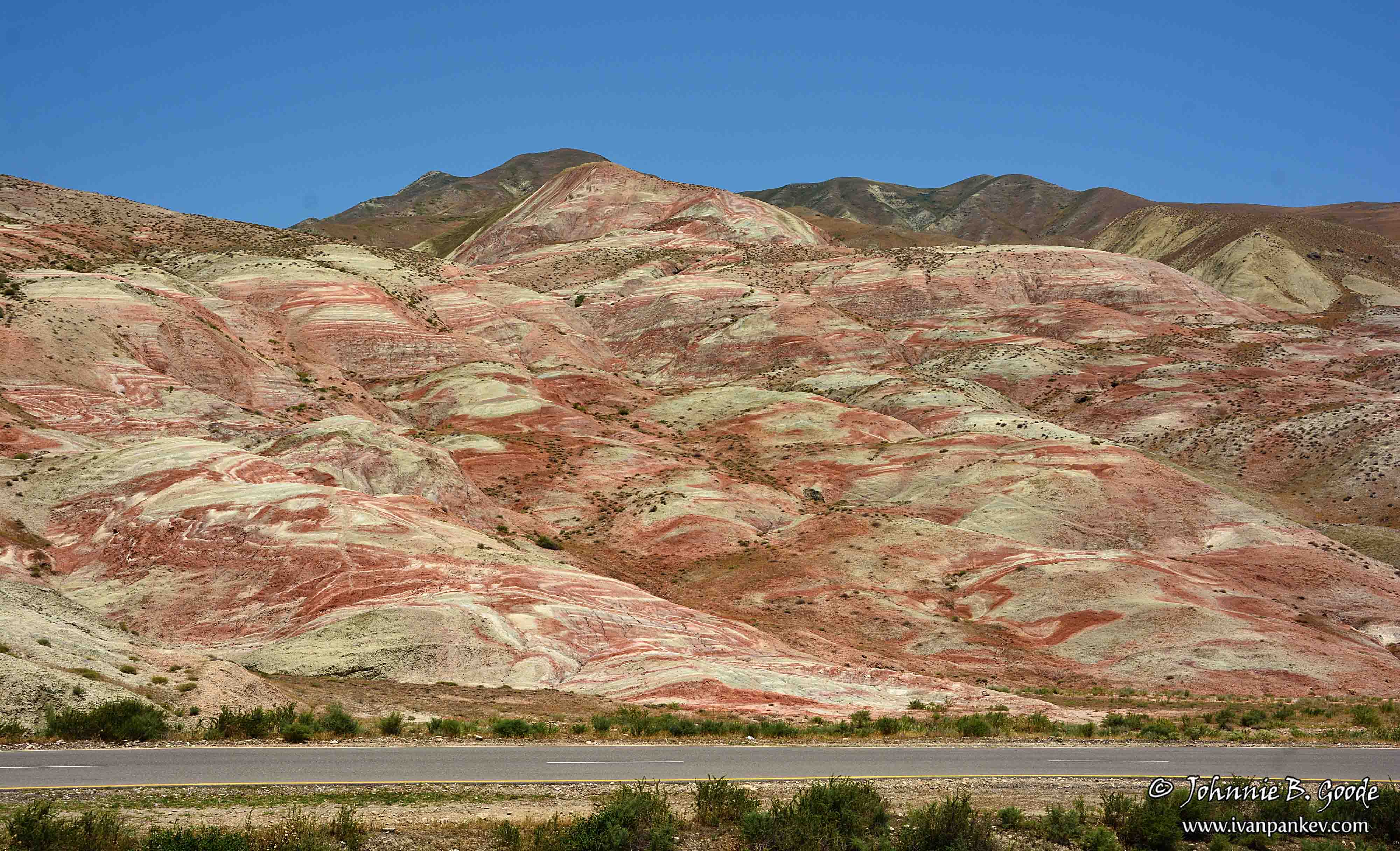 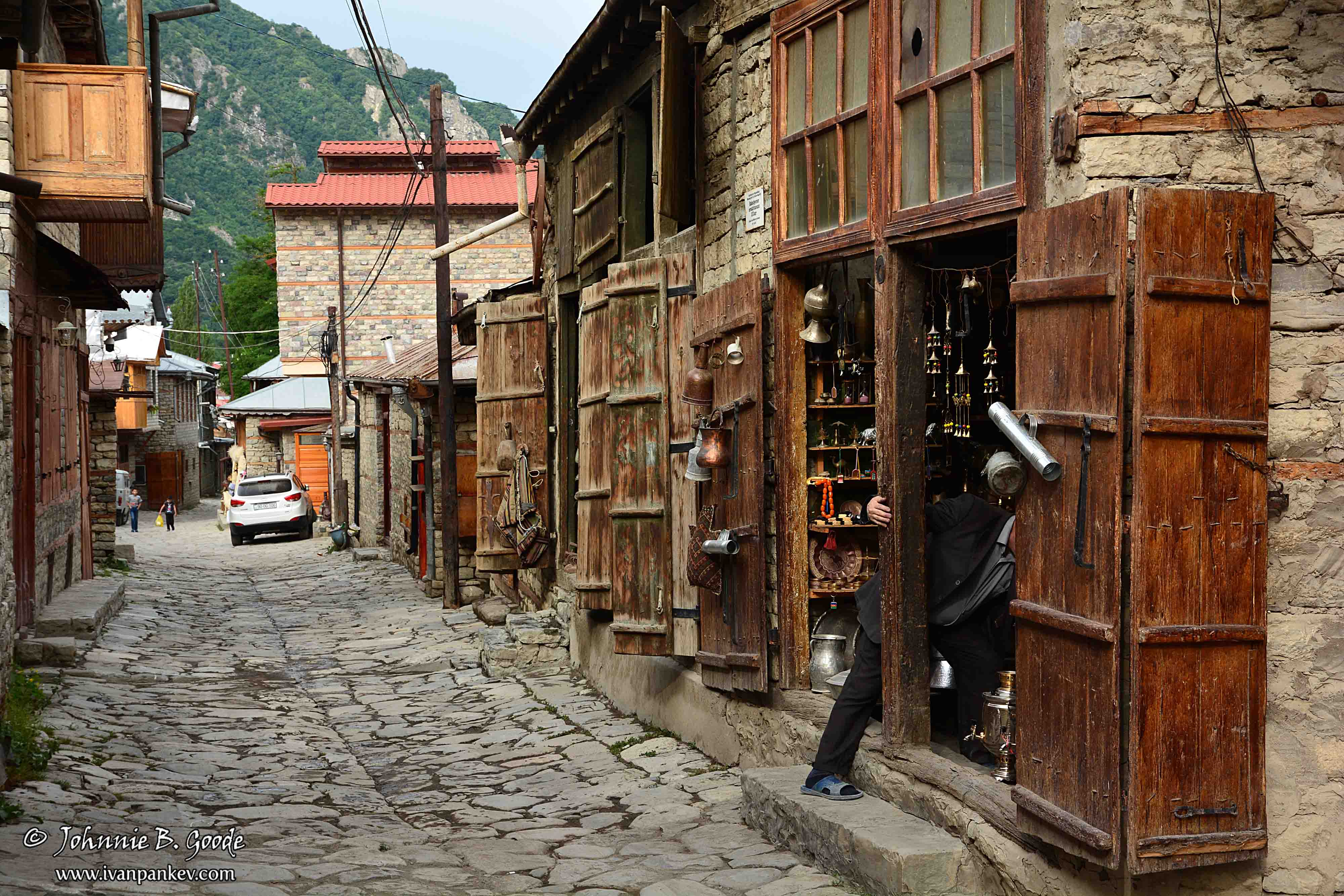 The mountain village of Lahıc was known for its cobblestone streets and coppersmiths. Locals claimed that they inherited the skills to process copper from their ancestors – immigrants from Persia. They spoke a dialect that was nearer to Farsi than Azeri.

I placed my home on a hill above the village, but at night two boys on horses came. They started to shout at me and to beg for cigarettes. I ignored them. They got angry and threw a large stone at my tent. They fled before I could even get out of it. 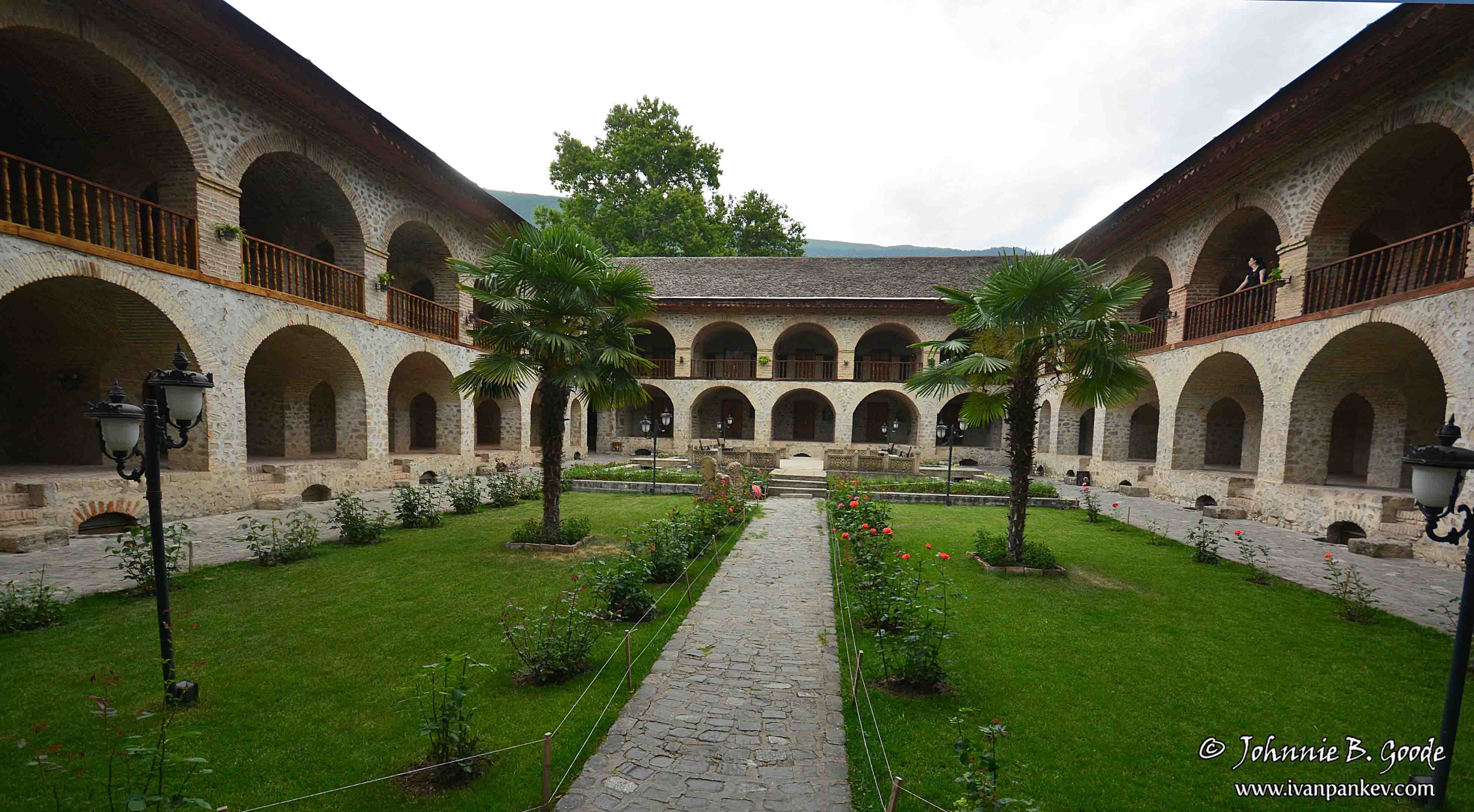 In addition to this preserved and transformed into a hotel caravanserai, Şəki boasted a real masterpiece – Xan Sarayı. The ceilings and walls of the premises were painted with various floral, hunting and war murals and the stained glass windows filtered the entering light in all colors of the rainbow. I can honestly say that this was the most beautiful thing I saw in Azerbaijan. The only drawback was that cameras were forbidden inside. 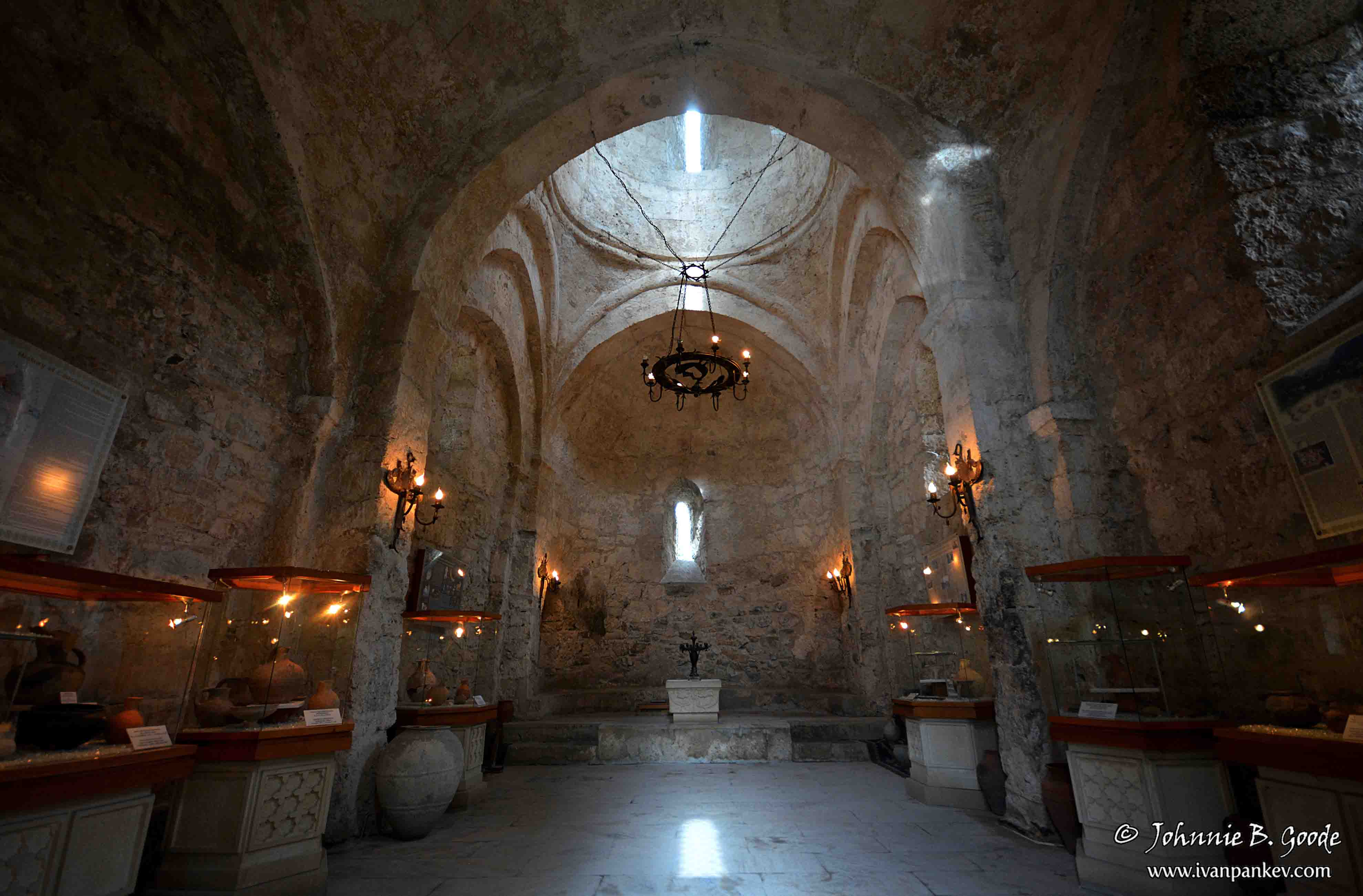 The nearby village of Kiş had a surprising attraction – the Church of Saint Elishe. The interesting fact about it is that it was part of Caucasian Albania – the Christian nation that once covered most of northern Azerbaijan. Thor Heyerdahl himself had done research and excavations in the region and discovered a skeleton of a man over 2 m. high. Taking into account the petroglyphs of Qobustan and the Scandinavian mythology, which describes a god called Odin that came to Northern Europe from a place called Azer, the Norwegian historian, archaeologist and adventurer suggested that the Vikings came from Azerbaijan. 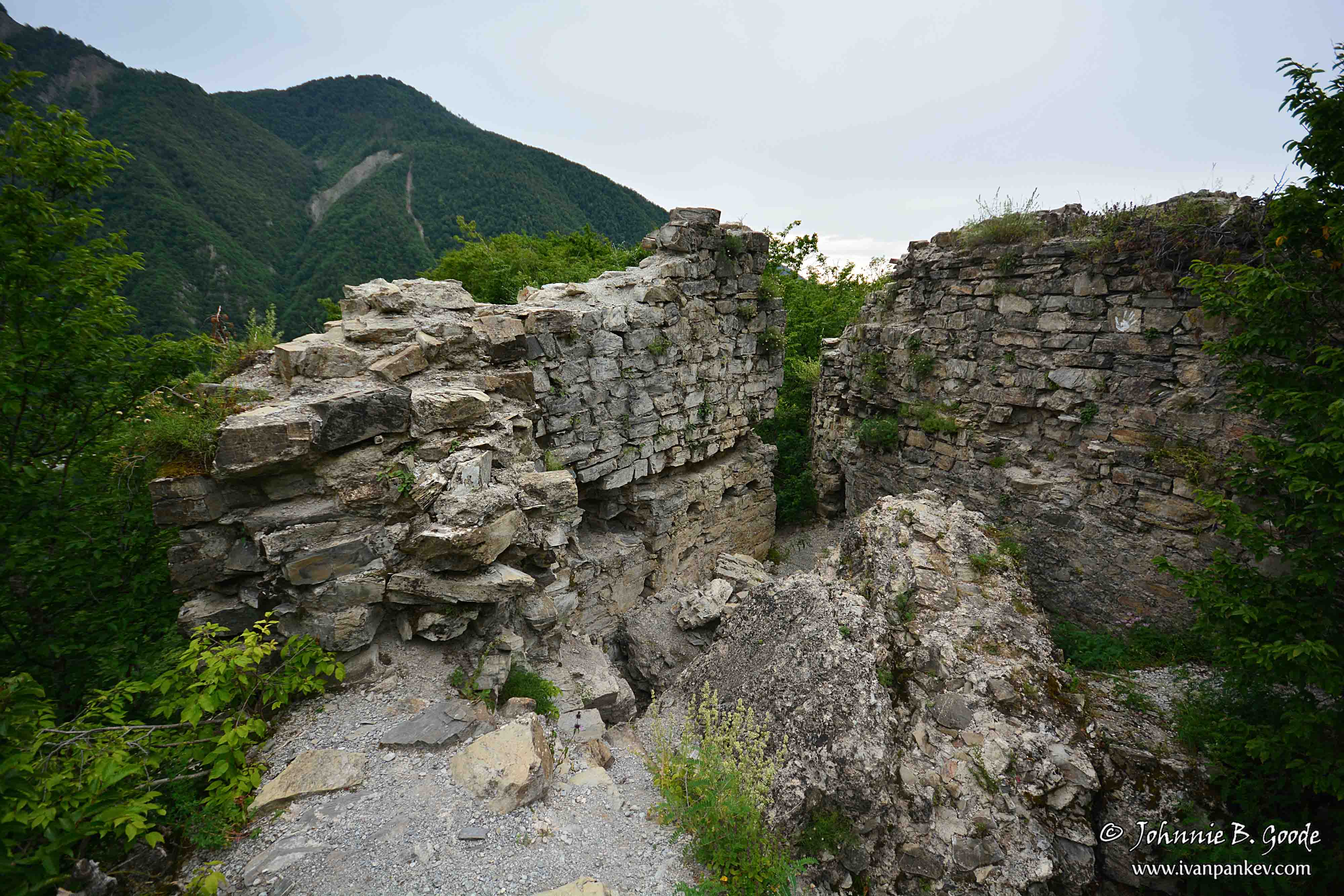 The ruins of the Gələrsən-Görərsən Castle were a disappointing pile of crumbling stones, but the greenery of the surrounding area was eye-catching. I got another midnight visit, this time by a pair of patrolling soldiers (I again was close to the Russian border). After the usual questions who am I, where am I from and why am I here, the polite English speaking young man asked me: 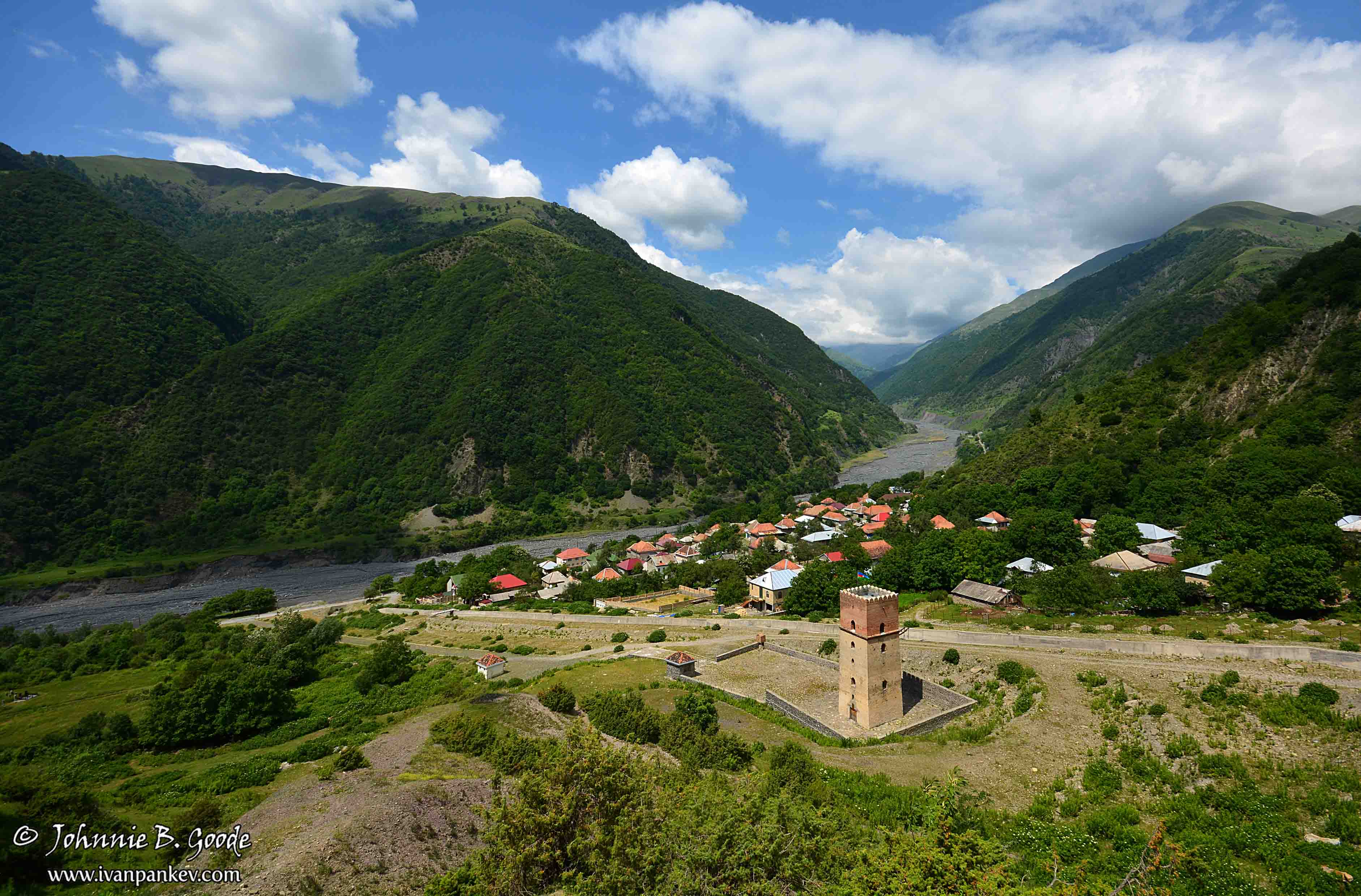 The guidebook described the mountain village of Ilisu as mini Switzerland – stone houses with gabled red roofs, located in the valley of the confluence of two rivers and surrounded by green, woody hills. It seemed unbelievable to me, but for a short time it was the capital of a Sultanate and since that period two defensive towers remained. With this my stay in Azerbaijan ended and I headed for the border to go back to Georgia. 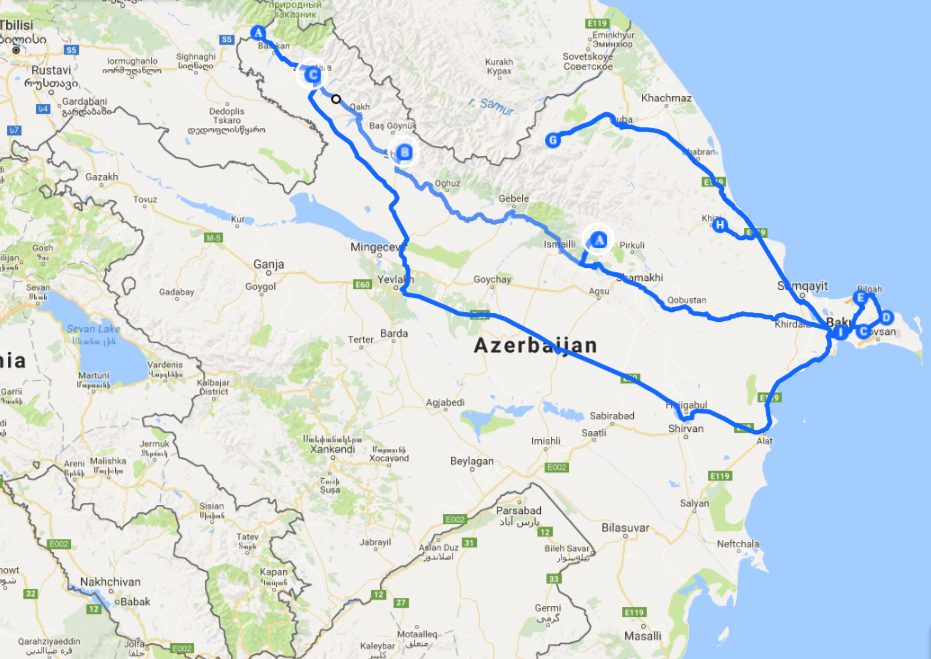 Outside of Baku the backpackers were few so I was constantly stared at, often greeted and occasionally ridiculed. It appeared to me that one third of the male population were in the army/police and at least that much worked as taxi drivers and they both were equally annoying. I had a 30-day visa, but I could stay only 10 without registering with the migration office. This I could not do independently, so I stayed only 8 days and left. I just wasn’t “my country”.

Go to: “Part 5: The First Christians“