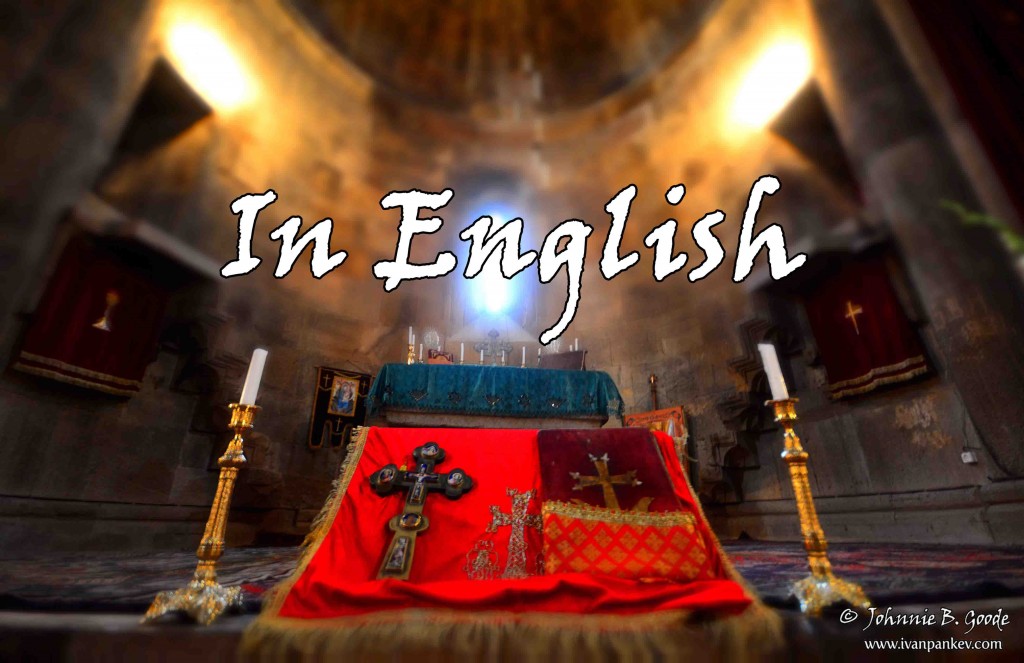 Go to: “Part 4: A Country of Taxi-drivers and Policemen“

Because of my surprisingly short stay in Azerbaijan I was in Armenia a month ahead of “schedule”. It is a small mountainous country with beautiful nature, many historical monuments (mostly monasteries) and hitchhiker friendly.

Armenia was the first country in the world to adopt Christianity as an official religion as early as 301 AD. The country had numerous ancient churches each one of them more beautiful and interesting than the previous. I spent the first night after I crossed the border near one of them – Haghpat Monastery, a UNESCO World Heritage site. 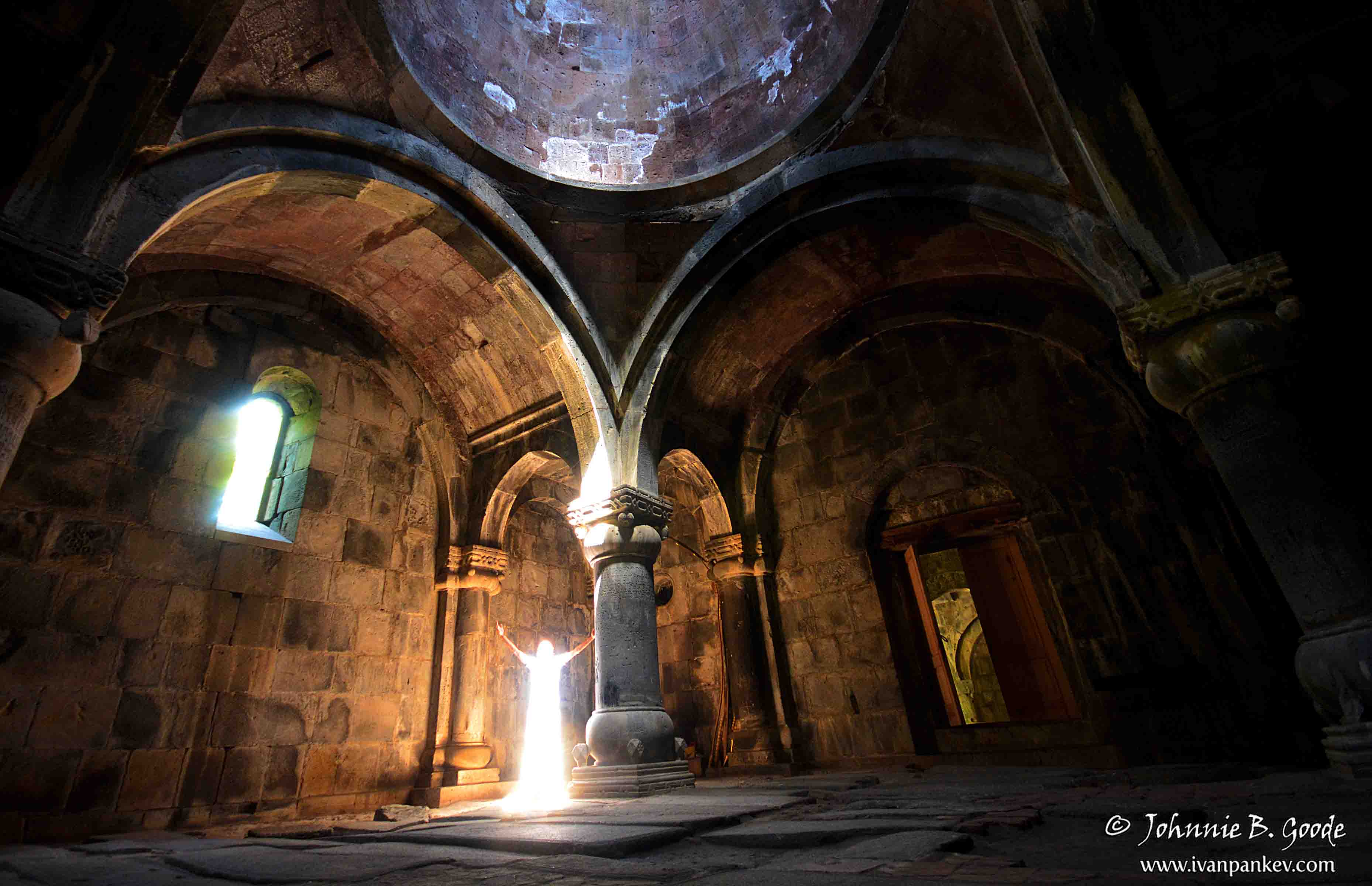 In the morning, I did a nice two-hour walk to the near-by Sanahin Monastery, also a World Heritage Site. And because I was one of the few wandering around these fascinating ruins, I was able to make photographs and experiment undisturbed. I called this one “Enlightenment”. 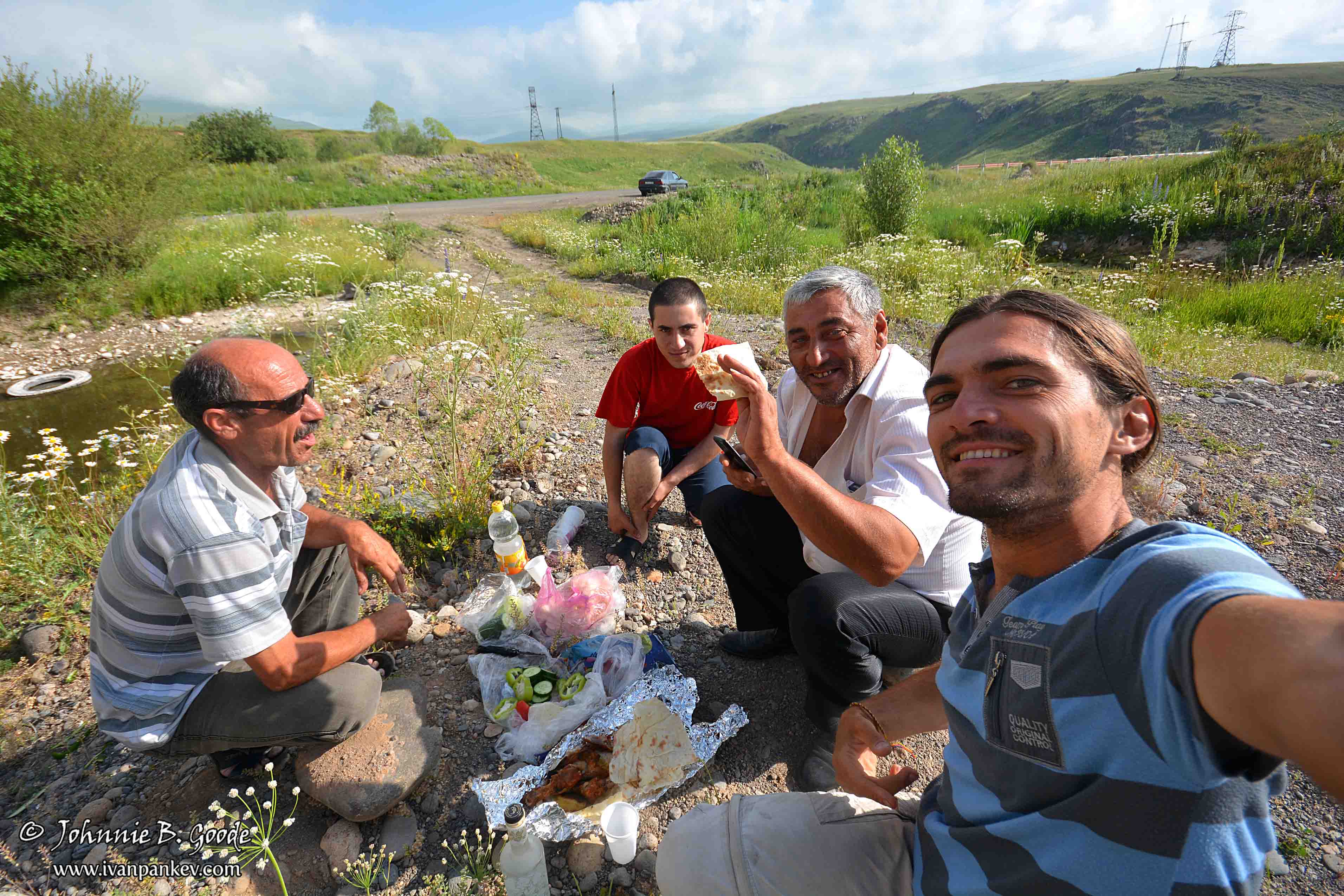 I hitched a ride with these fellows at 8 a.m., but soon we stopped for a picnic. In addition to the breakfast there was a half-liter bottle of vodka. They told me:

The food was plenty and I laid in a good meal, urged regularly by my companions. The driver Albert was wise enough to refuse a drink, though reluctantly. In order to get going Ararat and I had to finish the bottle. We were drinking toasts, but each time I was trying to leave a little in my glass. So that eventually I had probably ONLY 200 ml. And that’s before 9 a.m. Caucasians! 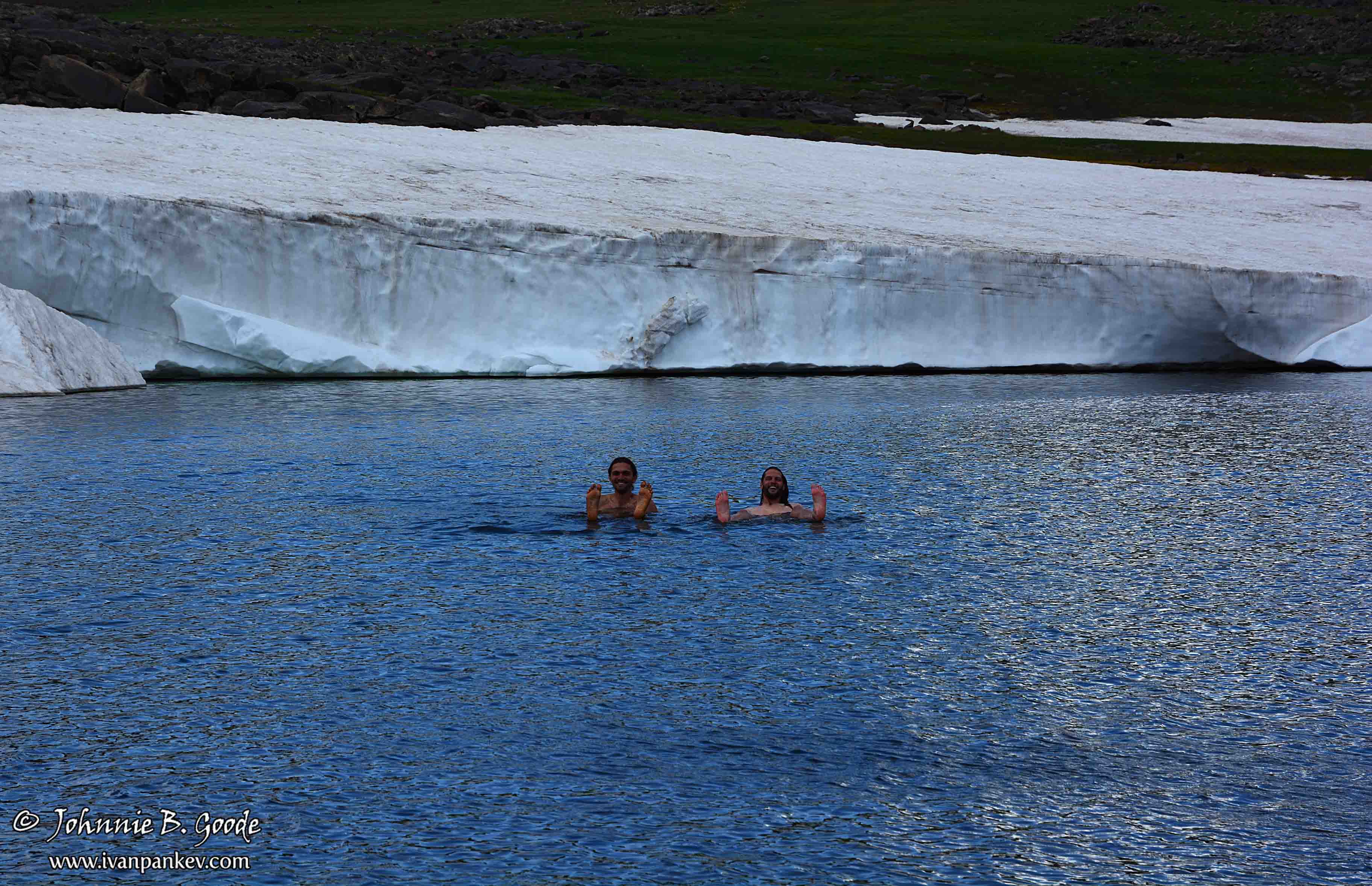 The archeological site of Zorats Karer was dotted with tombstones dating back to the third millennium BC. It was advertised as the Armenian Stonehenge – according to some scientists it had elaborate astronomical functions. Here I met a young Dutch family who offered me to join their UAZ trip to the Ughtasar petroglyphs, located high in the mountains. These were not as sophisticated as the Qobustan’s, but the place was interesting. It prompted you to ask yourself why the ancient people had climbed all the way here to carve figures in the stones. And I used the opportunity for a sobering bath. 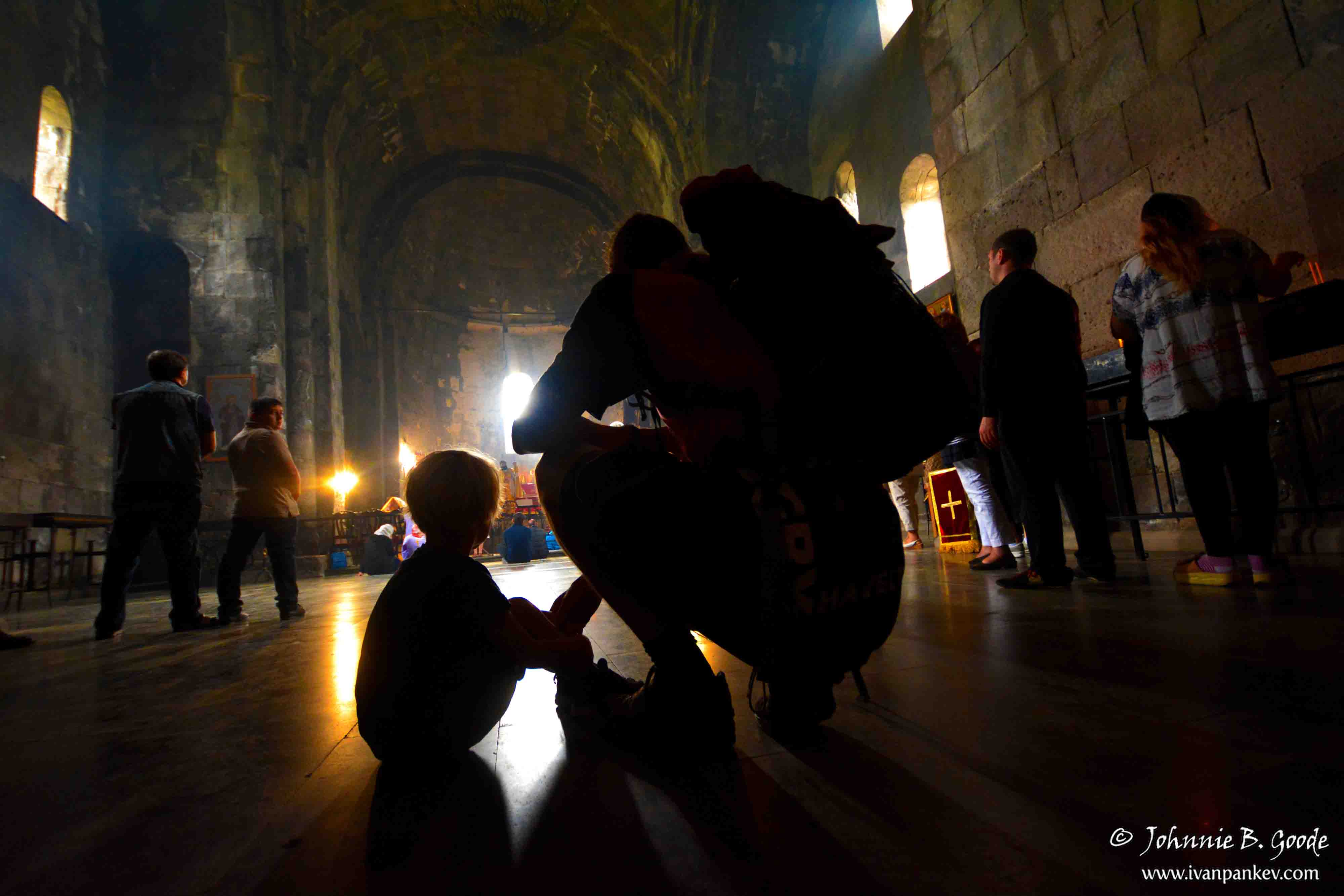 Tatev Monastery was probably the greatest and most visited attraction in Armenia. And rightly so – the castle-like complex was one of the most impressive in the country. In addition, a Swiss company had built a gondola lift high above a ravine. The “Wings of Tatev” held the Guinness Record for the longest ropeway in the world – 5725 m. And the Dutch family (Joost and Eva) that took me for a 2-day drive in their tiny mobile home, were a real inspiration – travelling with two small kids (4 and 6 years) they were doing a 6-month loop starting from Holland across Poland, Ukraine, Moldova, Russia, Kazakhstan, Uzbekistan, Turkmenistan, Iran, … 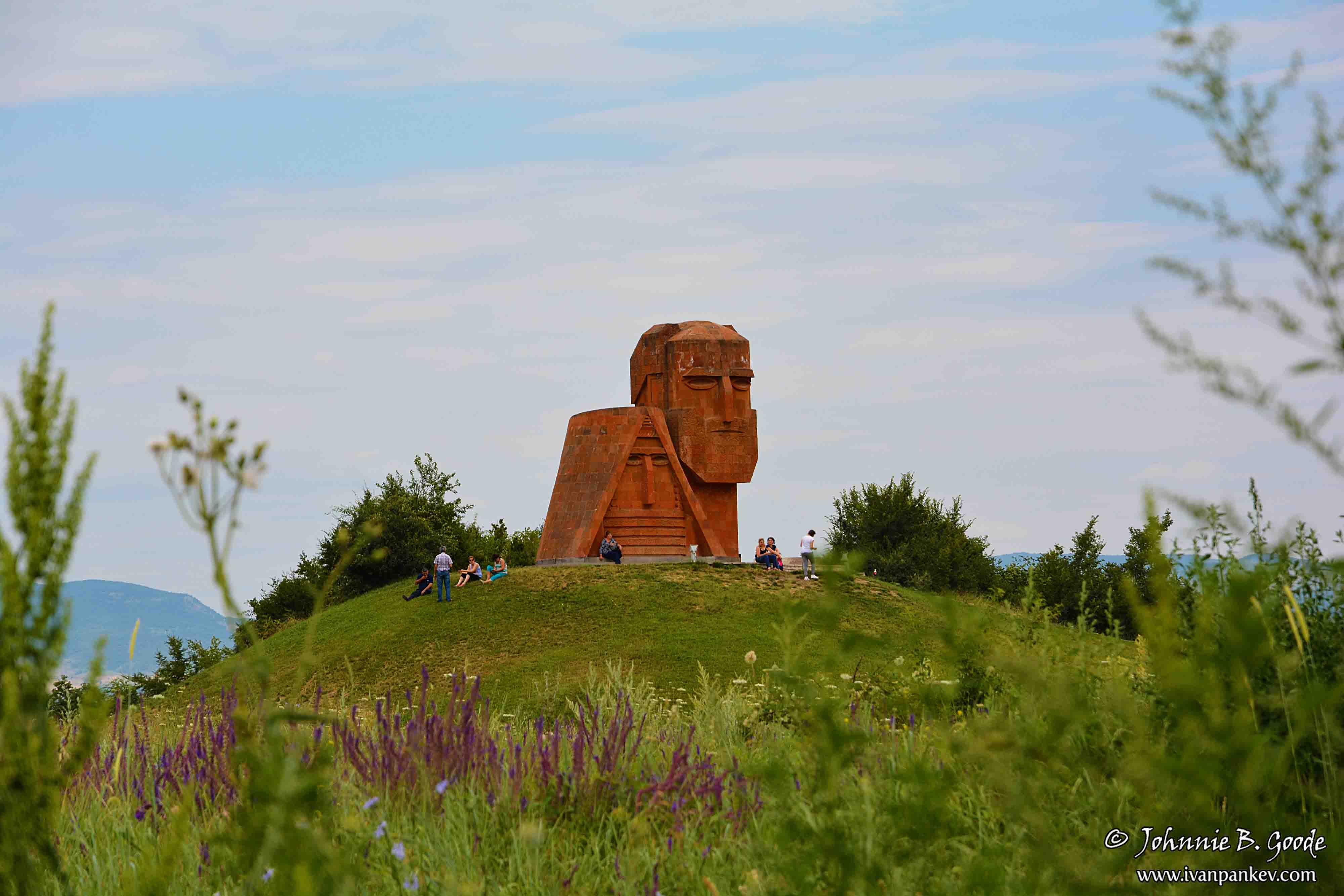 I used the opportunity to visit the self-proclaimed Republic of Nagorno Karabakh, considered by the UN to be part of Azerbaijan, but in reality under Armenian control. Located near the capital Stepanakert, the monument “We are our mountains” was made from volcanic tufa and was regarded as a symbol of the country. 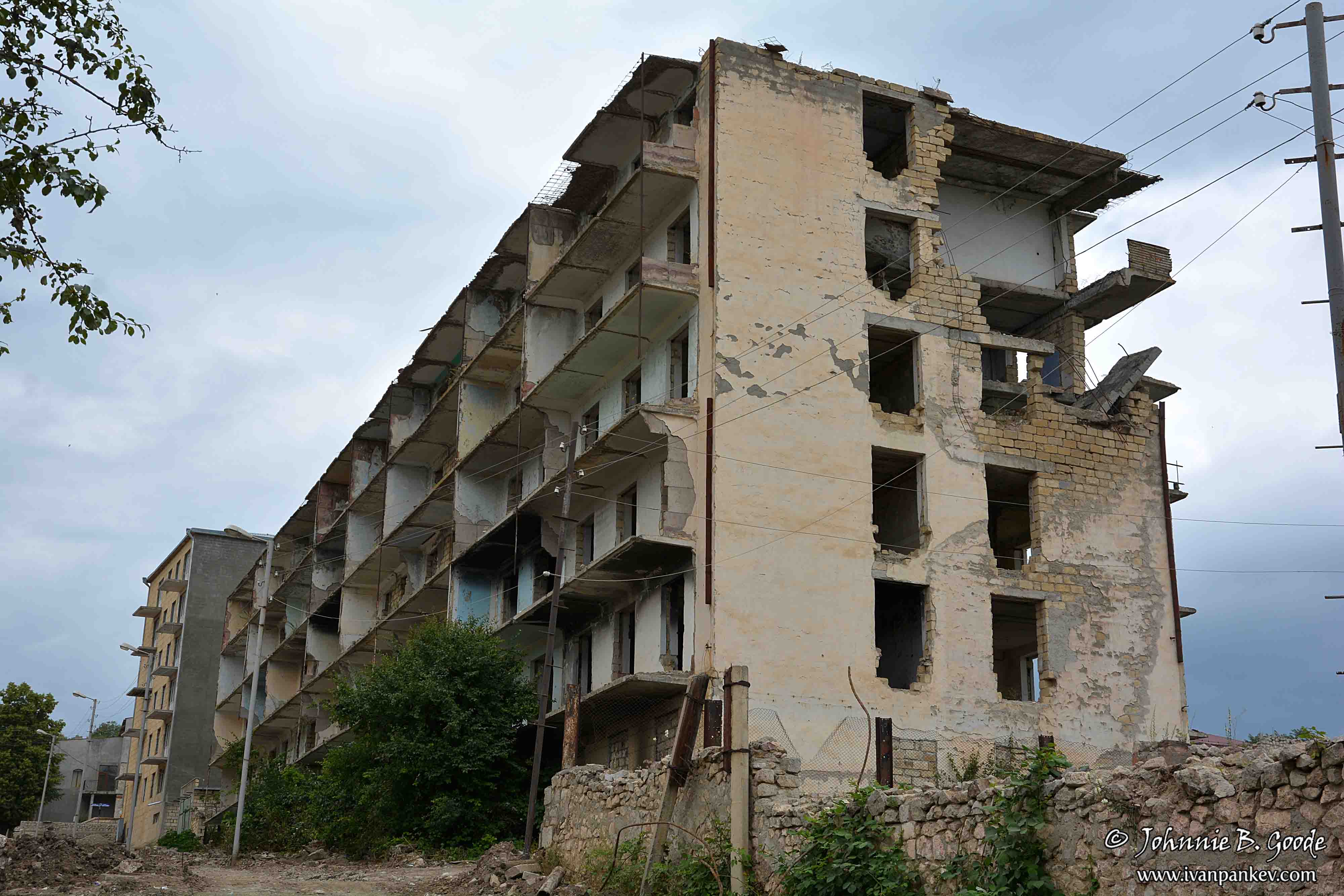 Nagorno Karabakh was … let’s just say it was a sad place. 22 years after the war its scars were visible everywhere – buildings like this in Shushi were not uncommon. 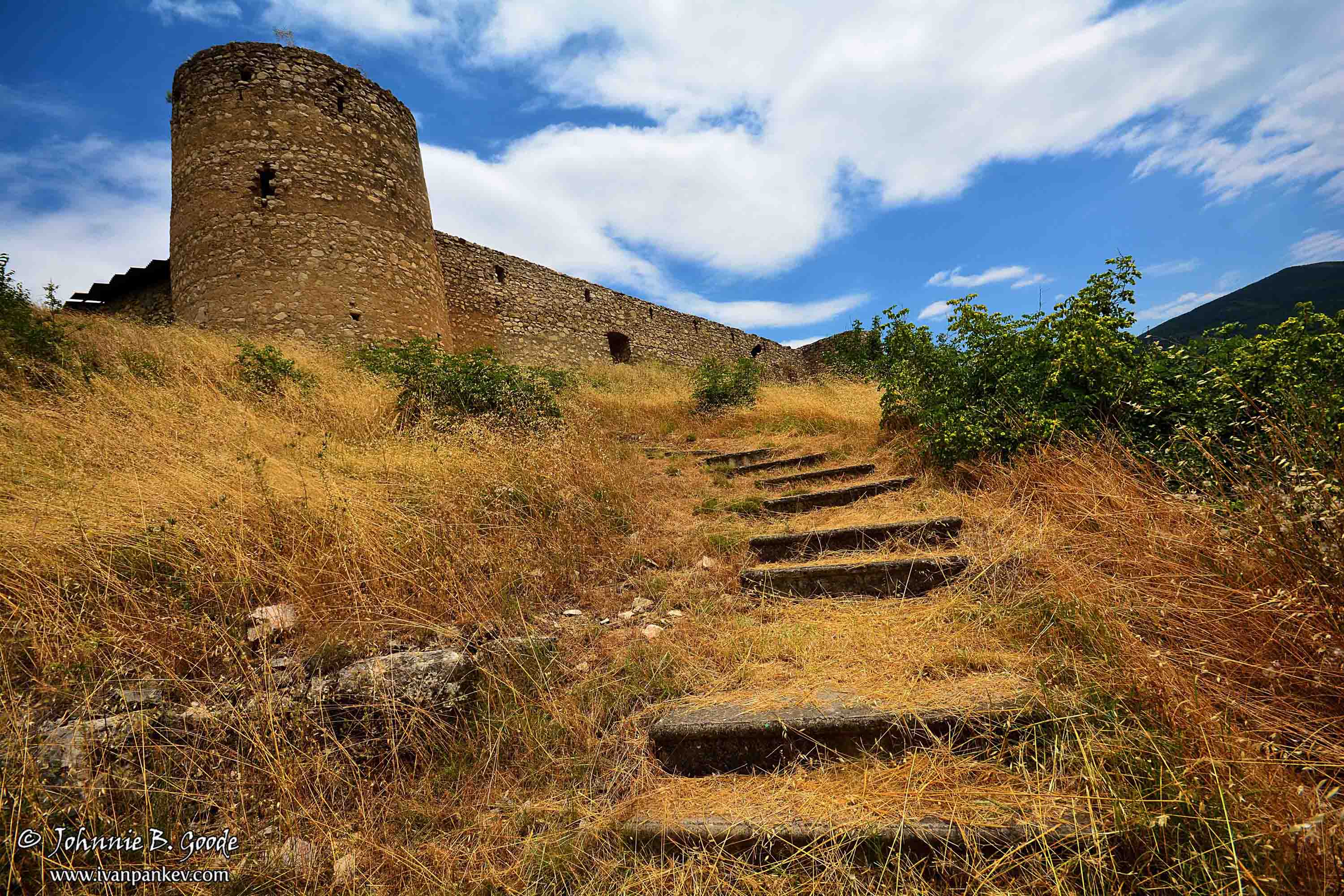 I wanted to visit the closed for tourists destroyed city of Agdam and for this purpose I planned to bargain a taxi from Askeran. But the moment I went to the Mayraberd fortress, a huge new SUV with tinted windows stopped in front of me. The driver rummaged in the glove compartment, pulled out an automatic gun and put it on the seat beside him, then he showed me his badge – he was a police officer. He started questioning me and scrutinizing my documents. 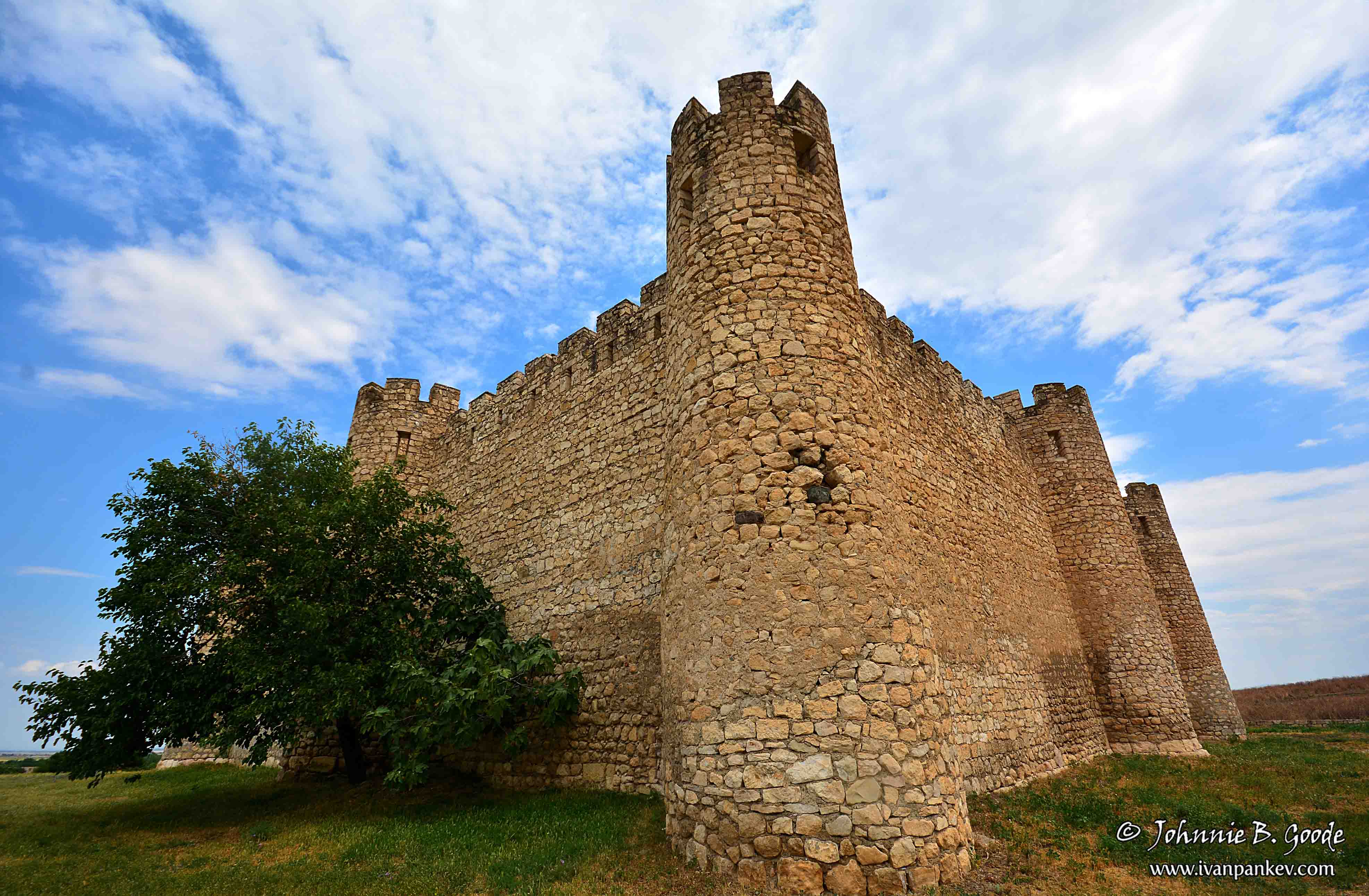 I was frustrated that they caught me before I could even try to bargain a taxi to Agdam, so I headed directly to the ancient city of Tigranakert. Today was Sunday and the museum was closed, but for a small tip the guard let me roam around the ruins of which only the citadel was restored. 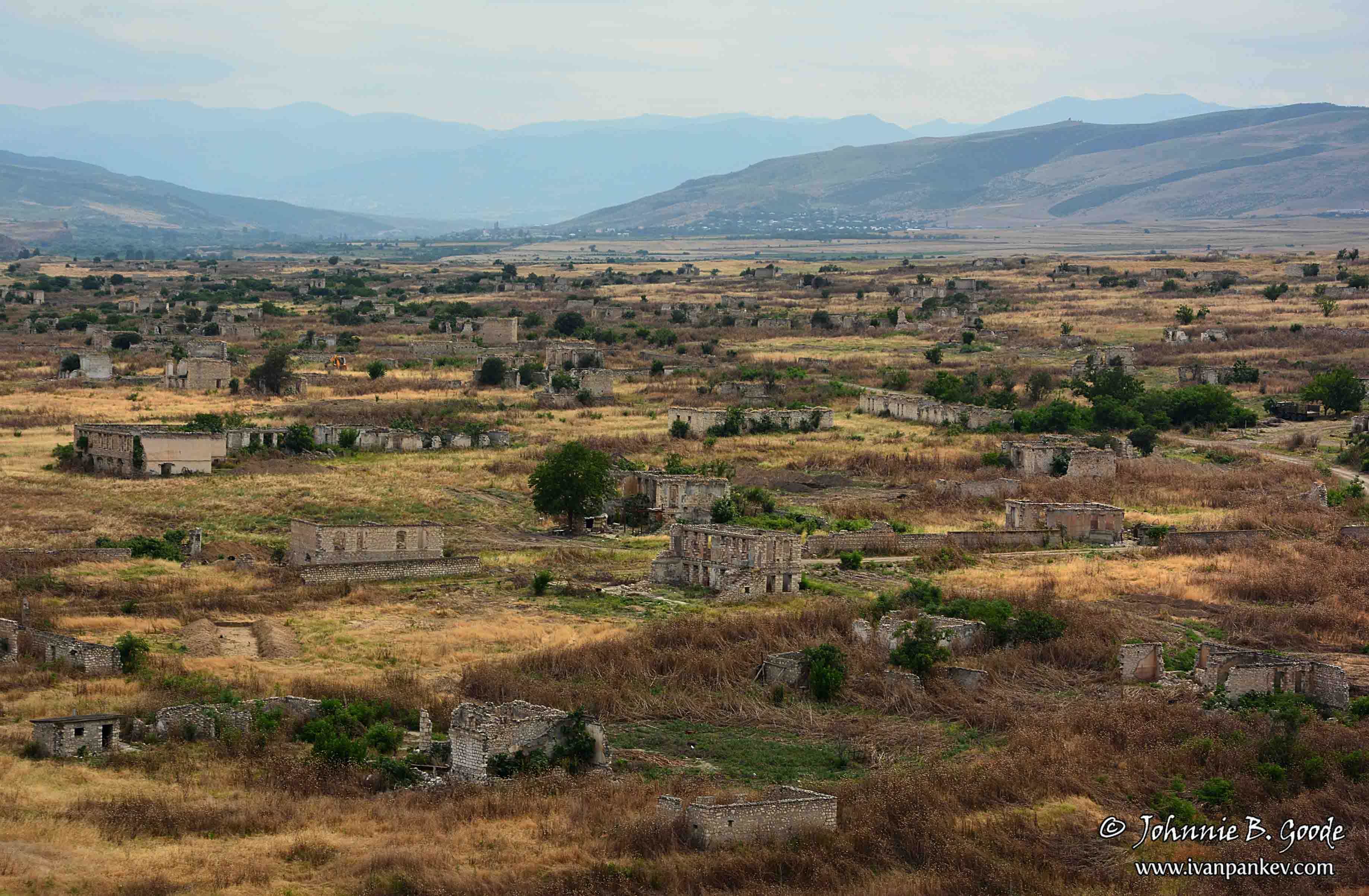 On the way back I hitched a lucky ride with three drunken firefighters. As a result I found myself on the highest hill in the plain of the “ghost city” of Agdam. The view was staggering – in 1994 the Armenian army captured this city of 100000 predominantly Azeri population. It was sacked and looted so that it would not be retaken by the enemy. Hmm, I could understand why tourists were not allowed here. 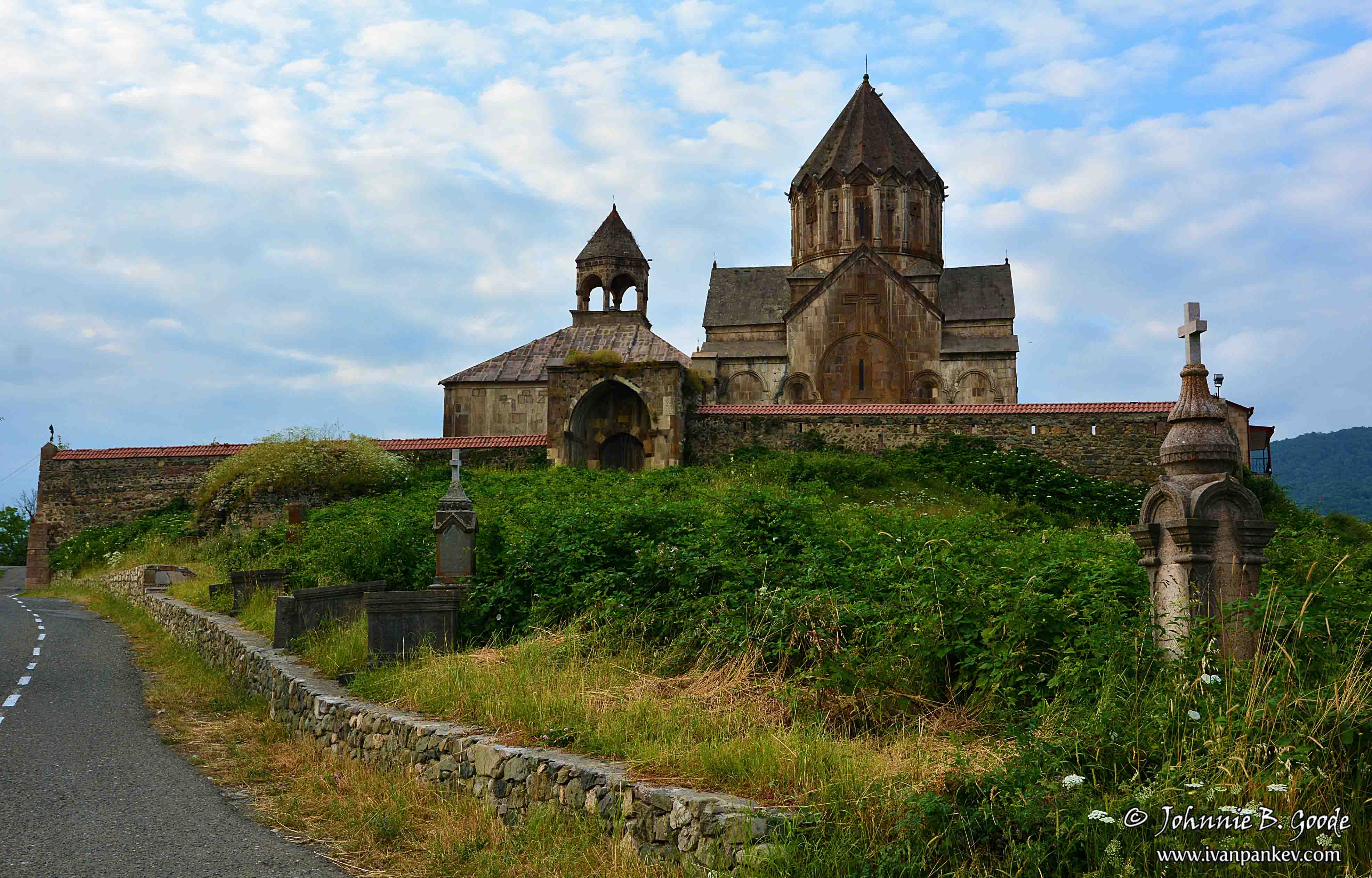 As if to deepen the distressing feeling that came over me, I camped in the cemetery of the Gandzasar Monastery. It was considered as one of the most important structures in the country and the seat of the Archbishop of Nagorno Karabakh. 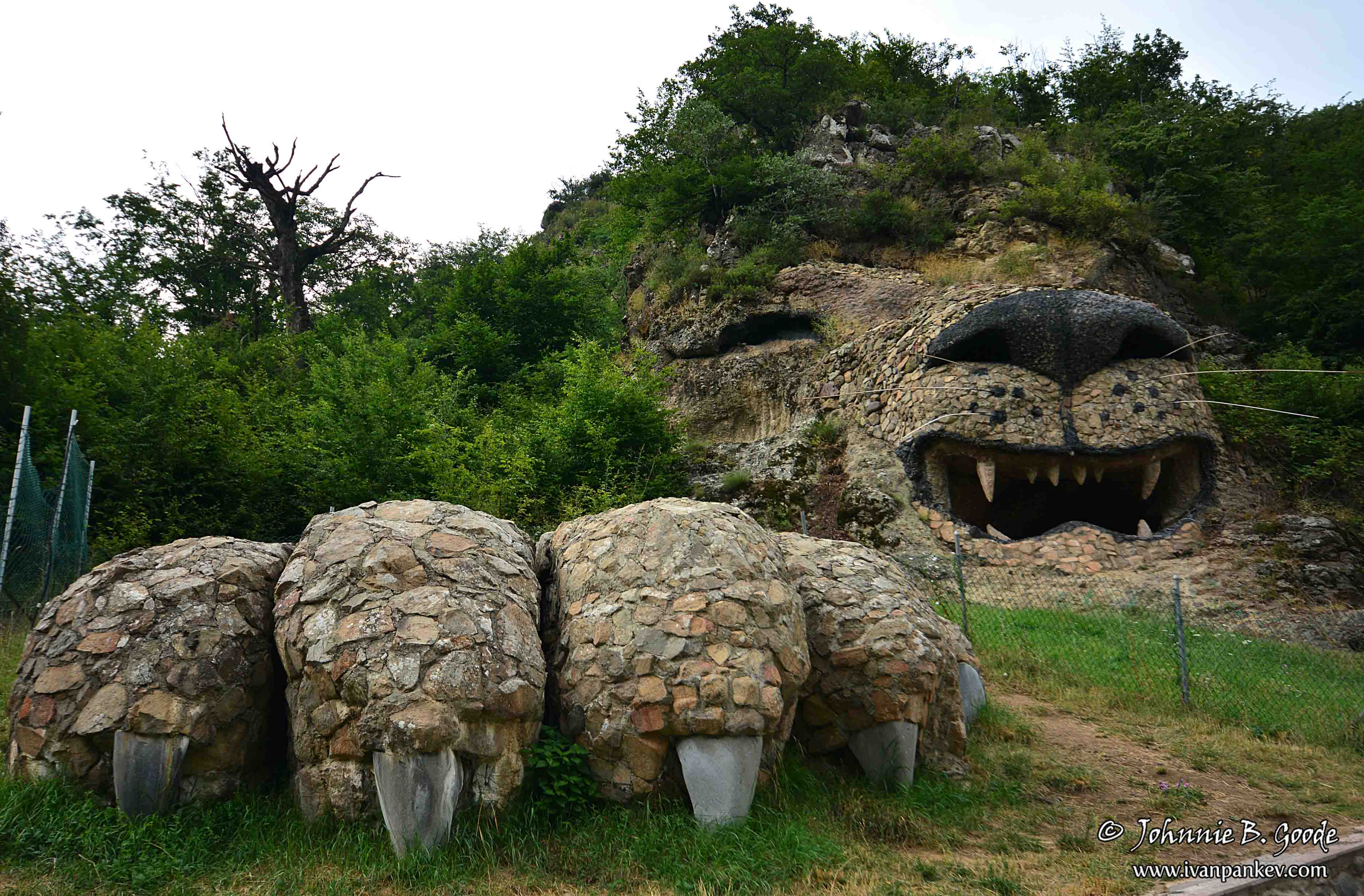 This lion-cave was located next to a new hotel near the village of Vank. Besides it there was a ship-shaped riverside restaurant, as well as many statues – a pair of iron Pegasi, a topless girl, lying on a sun lounge, etc. It was definitely kitschy, but for the first time in Nagorno Karabakh I saw a tourist site with so much effort, money and somewhat imagination invested in it. 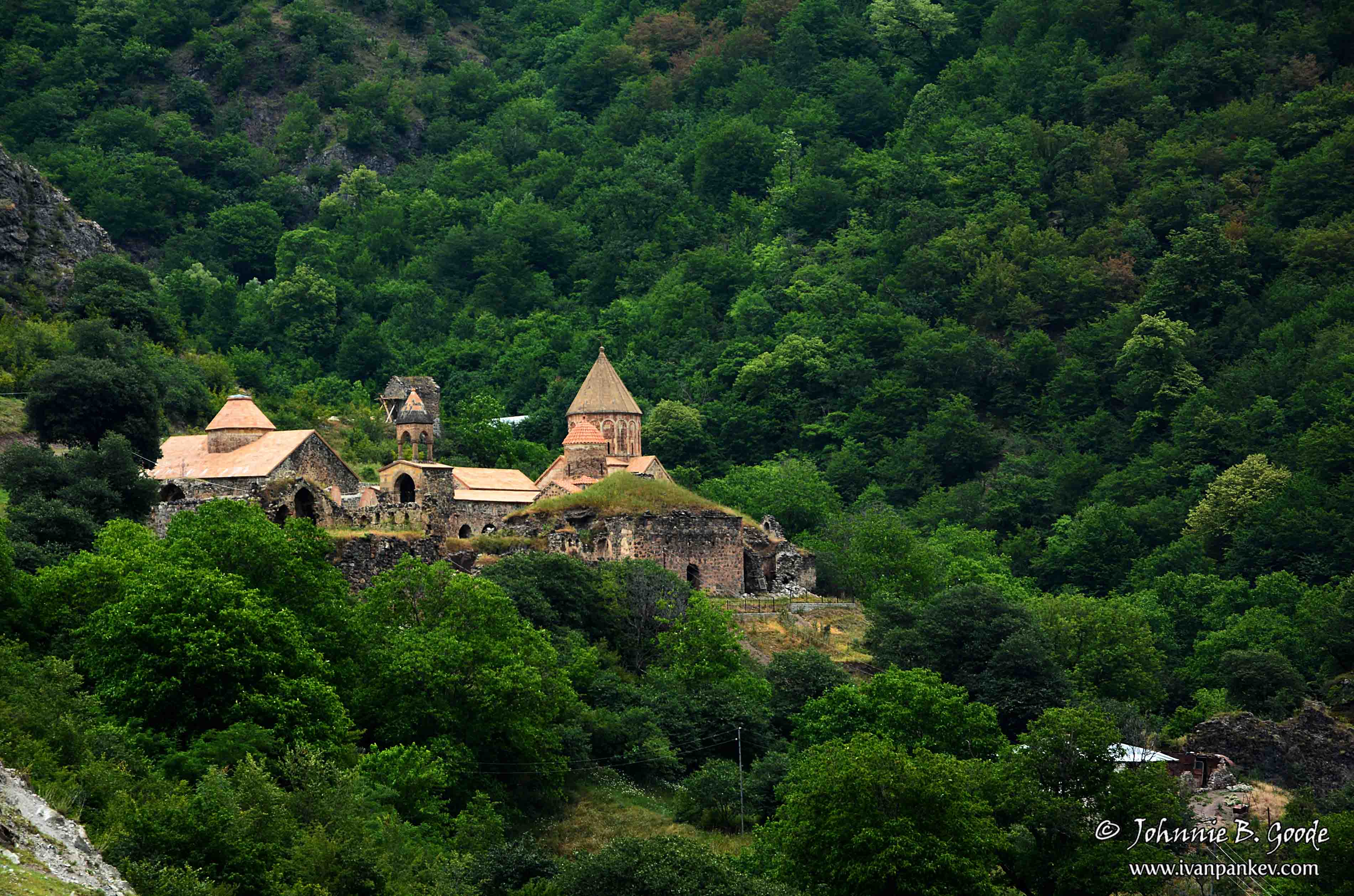 The Dadivank Monastery was just another jewel of the medieval Armenian religious architecture. Given the numerous ones in the region, it was not difficult to understand Armenia’s claim on Nagorno Karabakh. 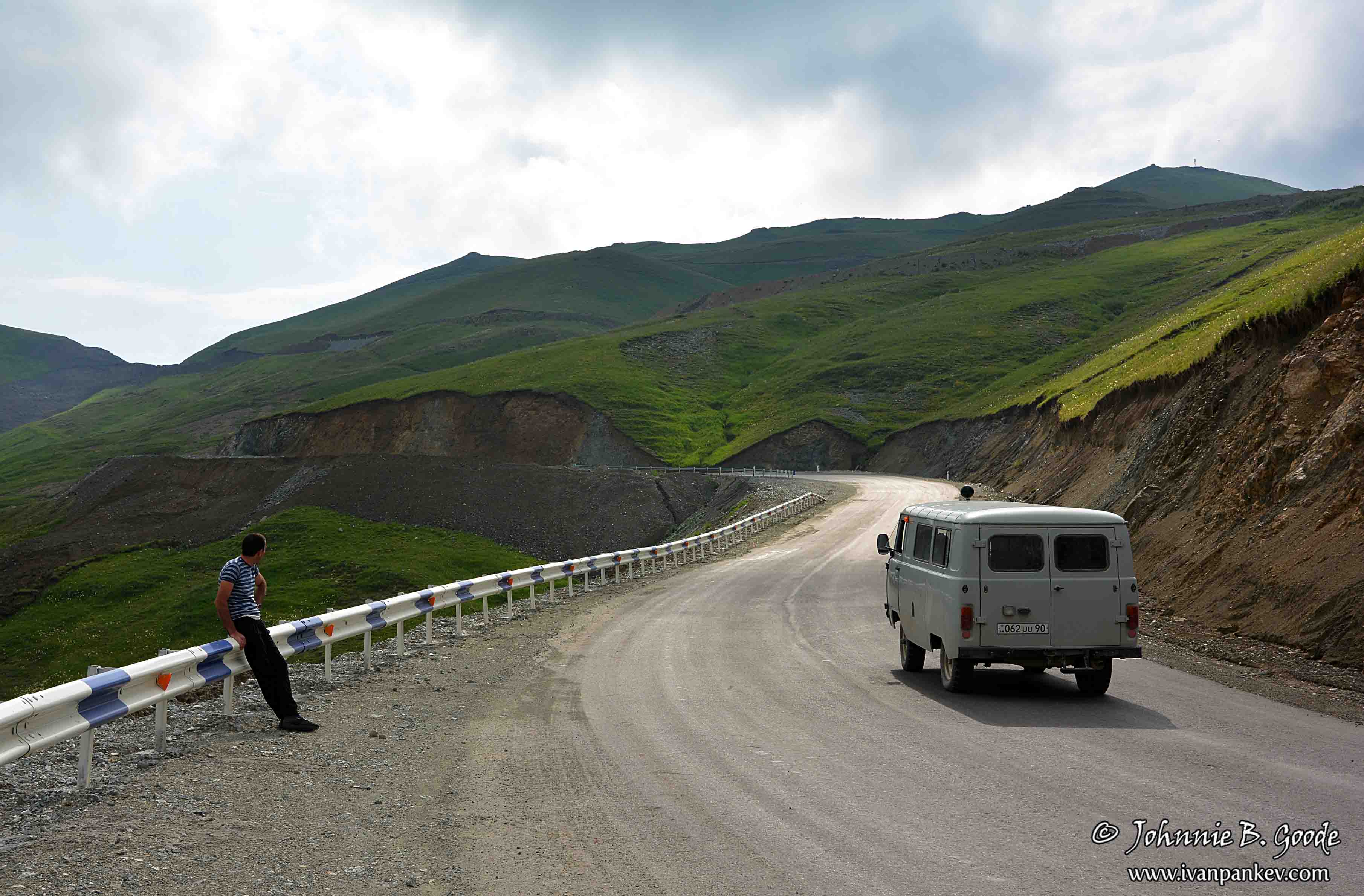 After this I headed to the mineral springs near Karvachar, but Vasya convince me to keep him company for an hour or two before he takes me to the town in question. He introduced himself as the president (mayor?) of Karvachar and was quite drunk. In the course of our conversation I learned that he was smuggling wood to Armenia with his service UAZ. He gave the border guards 5-6 beers and they let him go. 2 km. before the high pass we ran out of gas.

We waited for 2 hrs. until a truck driver passing by agreed to tow us up there. Then Vasya coasted to Vardenis, where he filled the tank with 50 l. of petrol with fuel coupons, which he stamped himself. This was followed by half an hour of bargaining with a potential buyer for the wood. It was dark, before he finished the deal and I refused to go with him. I had left Nagorno Karabakh without a border check. 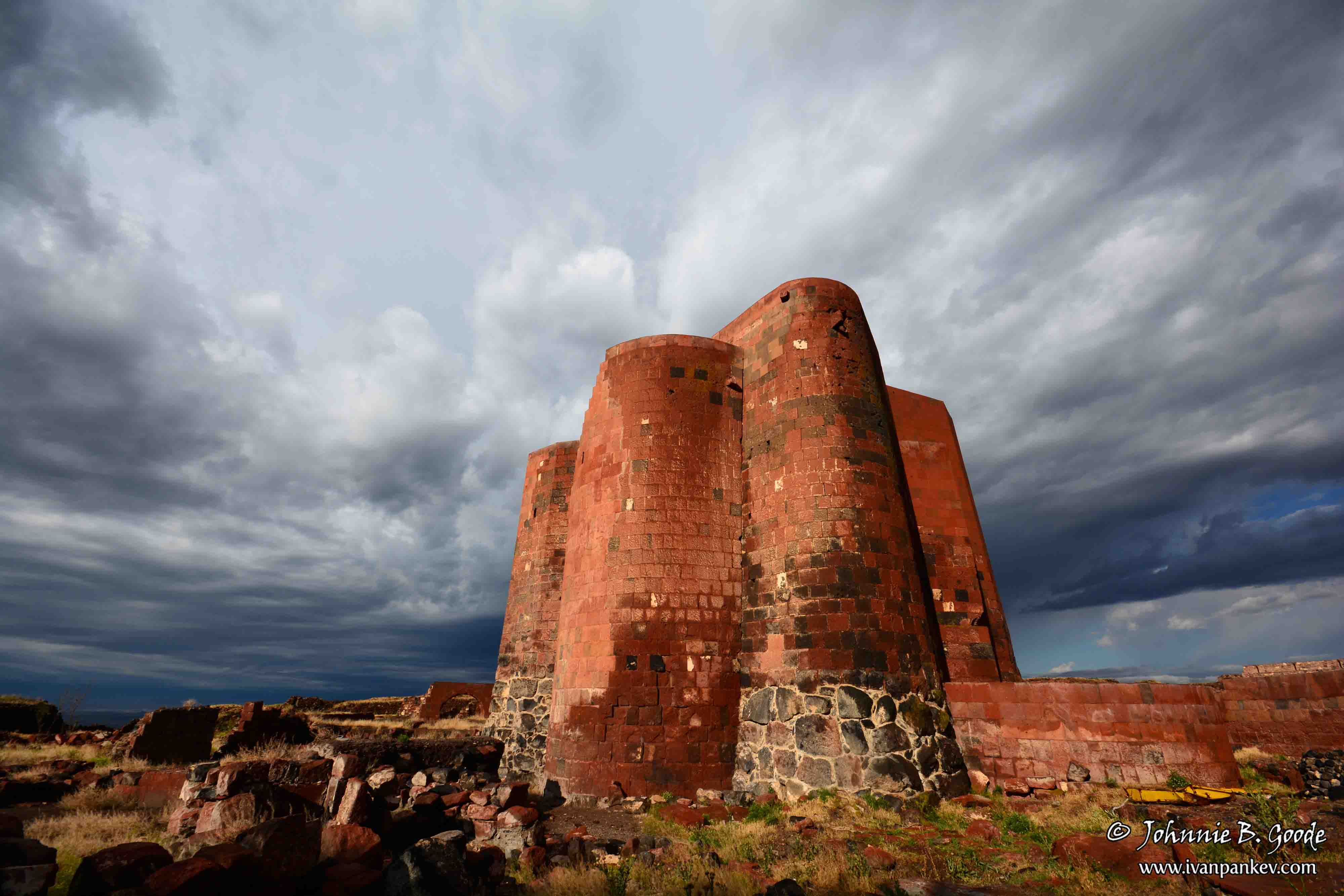 I didn’t even suspect about the existence of the Dashtadem Fortress before I got there hitchhiking. It was just another advantage of travelling without a predefined plan or route.

The guidebook described Gyumri as one of the most attractive towns in the country with preserved old architecture which had been seriously damaged by a strong earthquake. It was a nice town. And besides the pleasant center, on a hill on its outskirts a huge statue of Mother Armenia loomed. On the adjacent hill there was a perfectly round castle of black stones by the suitable name of Castle Black (Sev Ghul). Unfortunately, it was closed to the public, in 2012 this national monument had been purchased by a private family. 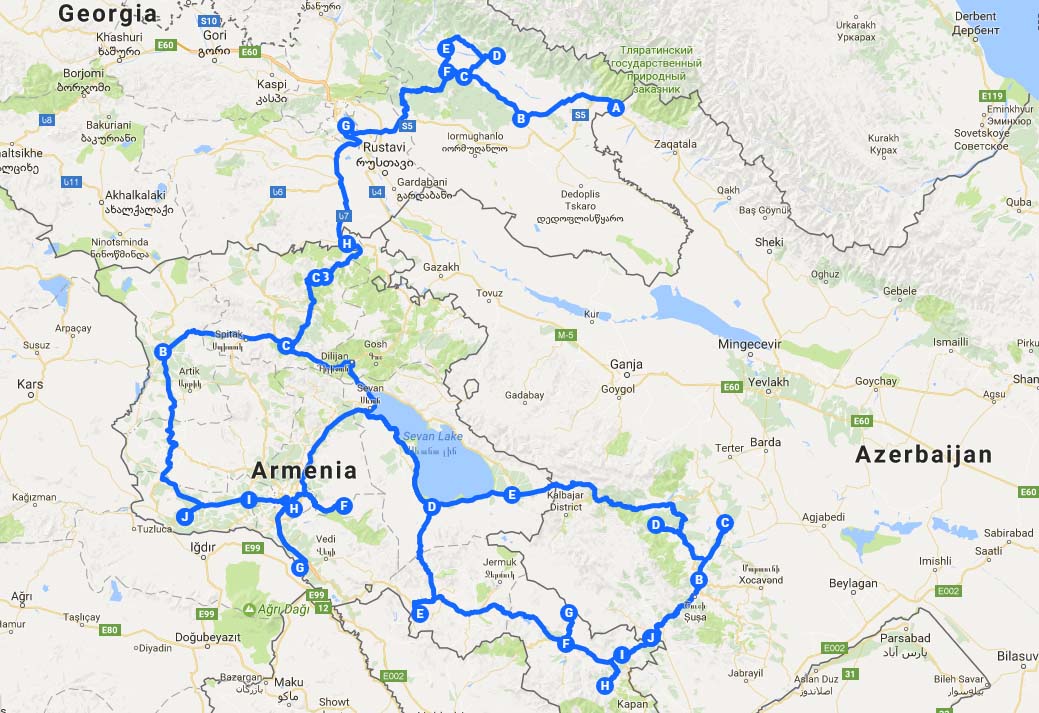 Armenia was definitely the poorest and most “Soviet” of the 3 former republics so far. It looked like after the fall of the USSR people had continued with their lives, but they had forgotten the development and maintenance. Nonetheless, I liked the country very much, I could even label it the hidden jewel of the region.

Now it was time to go back to Georgia to meet my arriving friends.