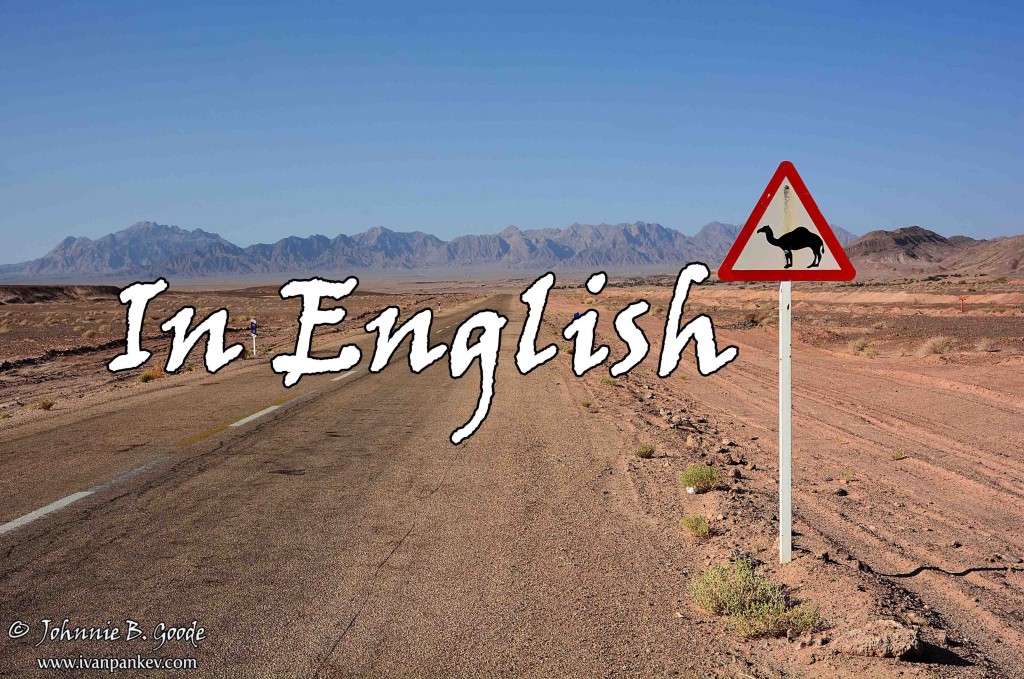 After almost four months of roving around Turkey and some of the former Soviet republics, it was time for the last and most exotic part of my journey – Iran. Until now it was way too easy to communicate with locals. I spoke mainly in broken Bulgarian (Russian), sometimes in English, occasionally in Turkish and rarely in Spanish, but Farsi was going to be a challenge. However, in the northern parts, populated mostly by ethnic Azeri, the Turkish was of some help. 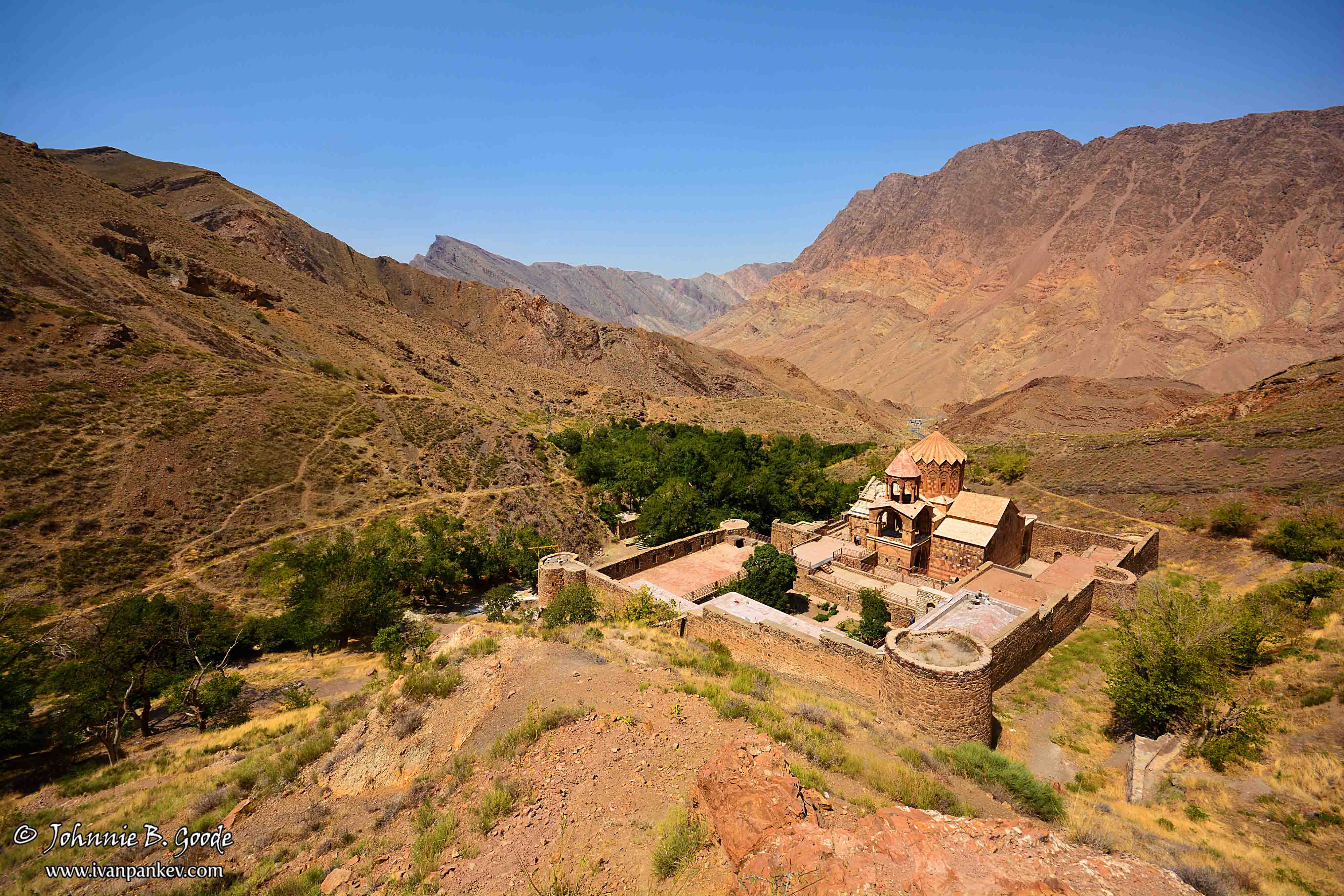 As if to make the transition between the different cultures smoother, the first sight that I visited in Iran, was the Armenian Saint Stephanos Monastery, a World Heritage Site. Reaching it wasn’t easy. The locals did not understand the conception of hitchhiking, each car was working also as a shared taxi. There were a few misunderstandings the first days, so I gradually concentered mostly upon the trucks. 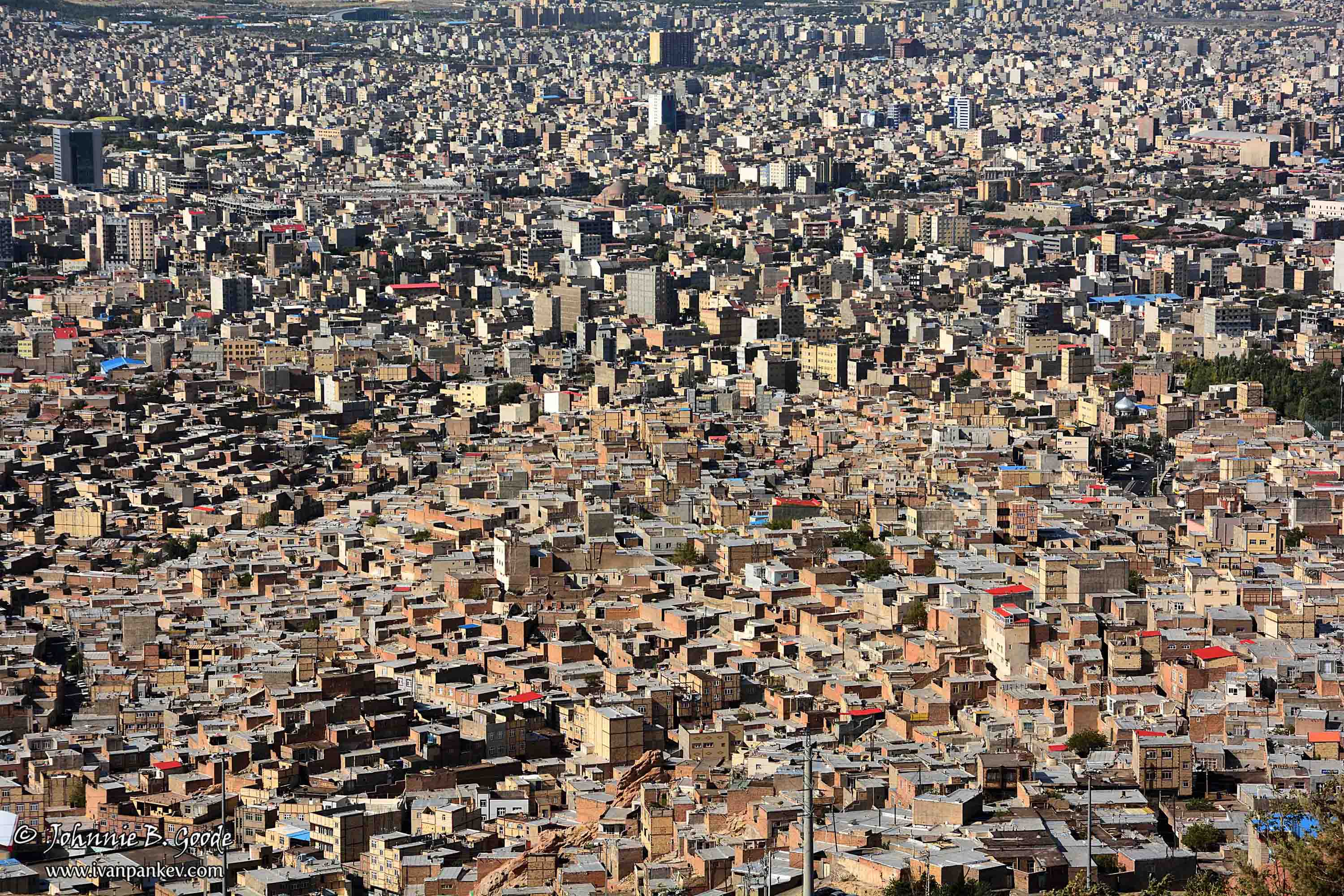 In the western world Tabriz was famous mostly for Shams-i Tabrizi, credited as the spiritual instructor of Jalal ad-Din Muhammad Rumi. Strangely, but there was nothing interesting devoted to him in that city, just a park and a street. So I visited Kabud (Blue) Mosque instead – it might have once been impressive, but now it was not worth it the 150,000 Rials entrance fee. 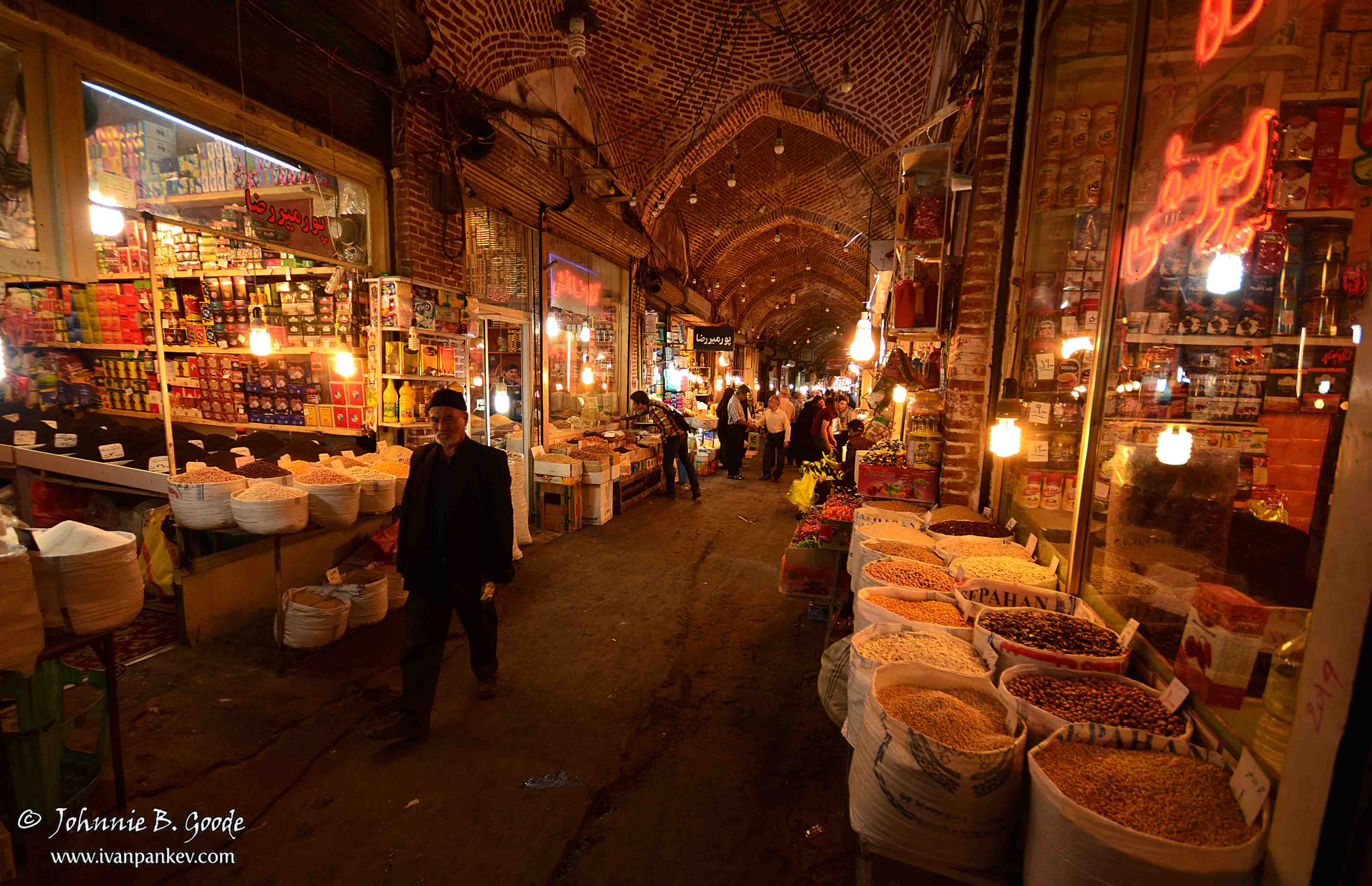 On the other hand the stroll around the covered Bazaar – one of the largest in the world with a total area of ​​7 km². and part of the UNESCO World Heritage List – was completely free of charge. It undoubtedly possessed some charms with its labyrinthine alleys and man-ants, walking around pushing carts of huge loads. There were sections with spices, nuts and dried fruits, fabrics and carpets. 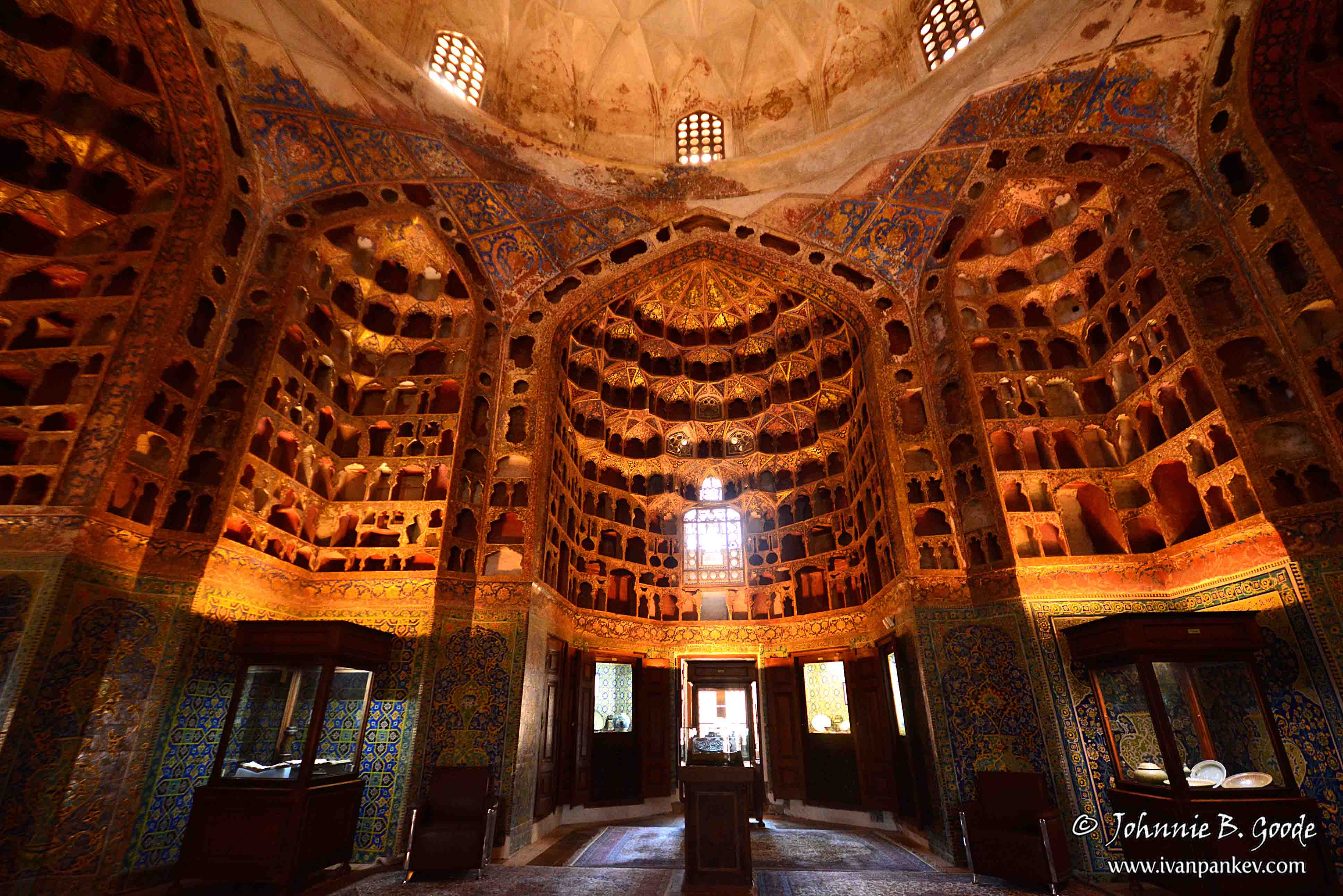 What a start! The Sheikh Safi-od-Din Mausoleum in Ardabil was yet another of many sites in Iran, part of the UNESCO List. It was as if the Iranian government had decided to carry out restorations of all its monuments of culture at the same time. This one was also surrounded by scaffoldings that drastically disfigured the otherwise beautiful facade, covered by blue and green tiles resembling Rumi’s Mausoleum in Konya. The interior was in no way inferior to the exterior. The Shia religious architecture was appealing to the eye and the lens. 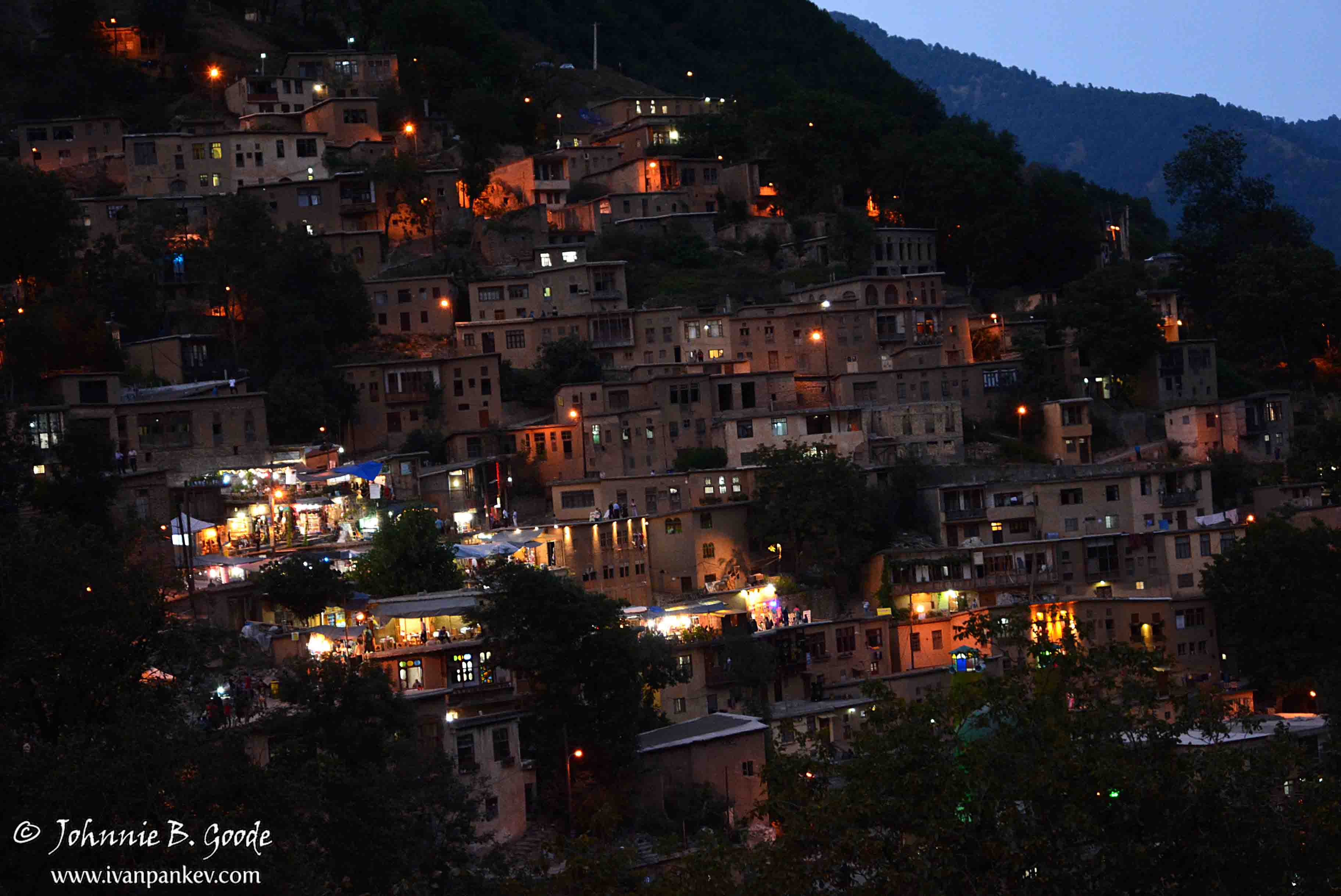 The village of Masuleh was known for its step houses. The roof of one served as floor and terrace of the other. At night the place was particularly photogenic, bathed in multicolored lights and the trinkets of the bazaar, sparkling in the dark. Just like in the fairy tales of “1001 Nights” the magic disappeared with the daylight. 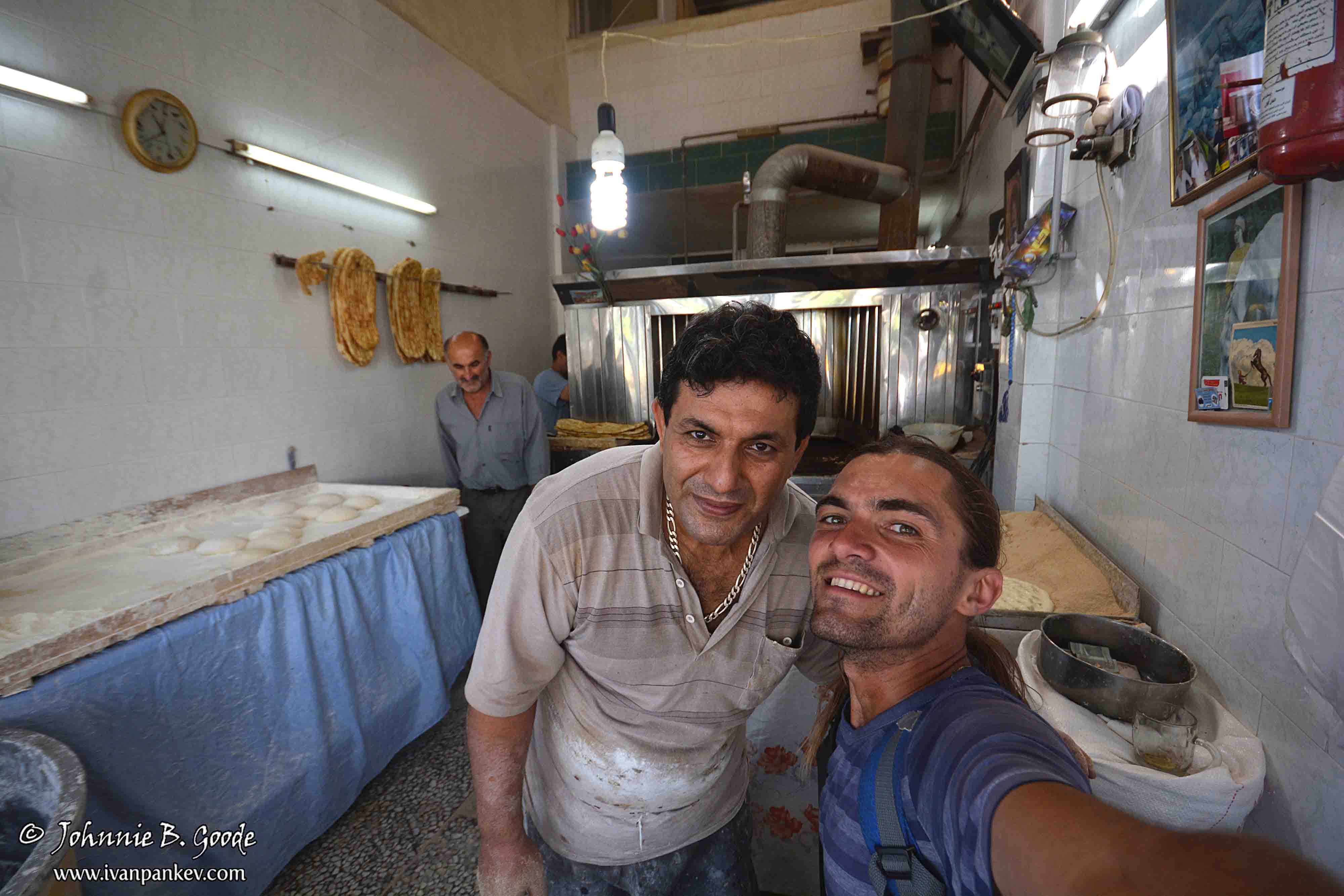 Due to the bad image of Iran in the foreign media, the people outside Isfahan, Shiraz and Tehran rarely saw Western tourists (we are also considered as such). That’s why in the smaller places I was often an attraction, people greeted me, we shook hands and drank tea. 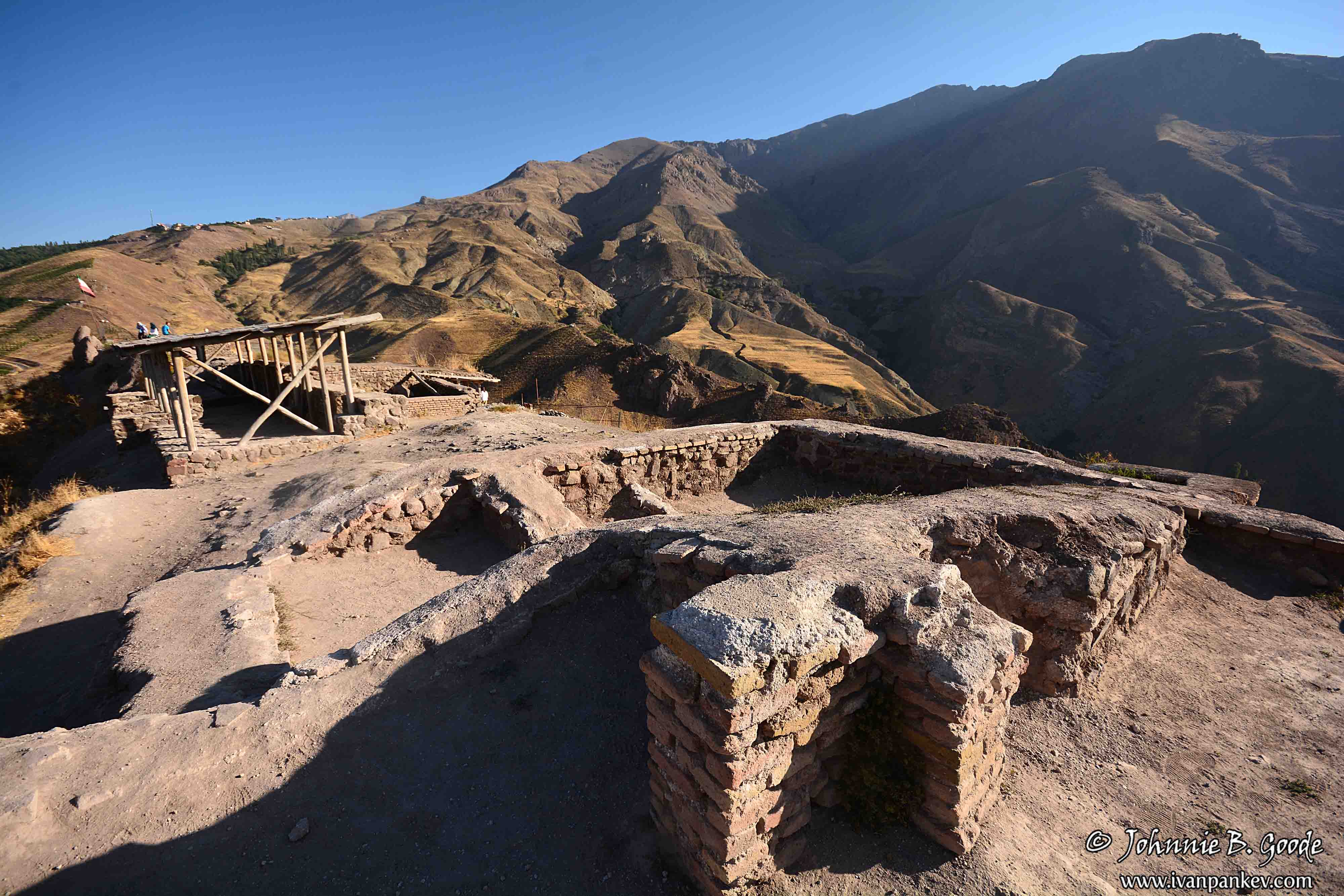 The remnants of the Castle of the Assassins in the Alamut valley were disappointing. The few remaining foundations were girdled by scaffoldings and covered by sheet iron. It made them look like a run-down construction site. A vivid imagination was definitely needed to resurrect the legend of this most fearsome among the religious orders. But I could not deny that they had chosen a great place for their base. 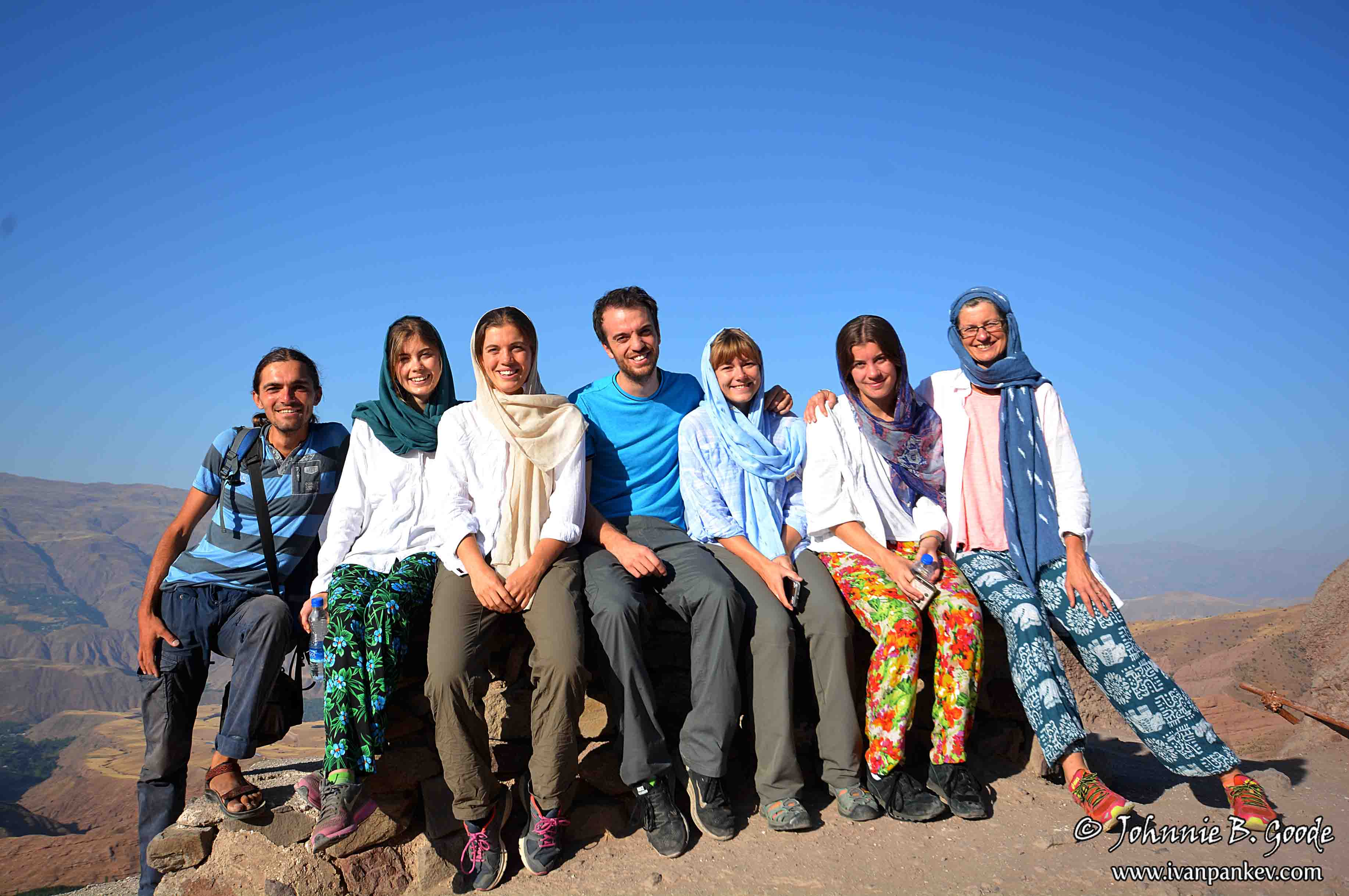 Here I met the Coombes, a British family – the retired banker Simon, his wife Heather, their three daughters – Rosie, Tessa and Maddie, their son Ollie and his girlfriend Annie. They had rented their own tour guide and minivan. Simon invited me to accompany them on a walk in the surrounding mountains. I stayed with them for two full days and they shared their meals with me. I parted only at night to find a place to camp. Swell guys! And they were constantly reading – that’s how all but Annie were spending their time on the road. 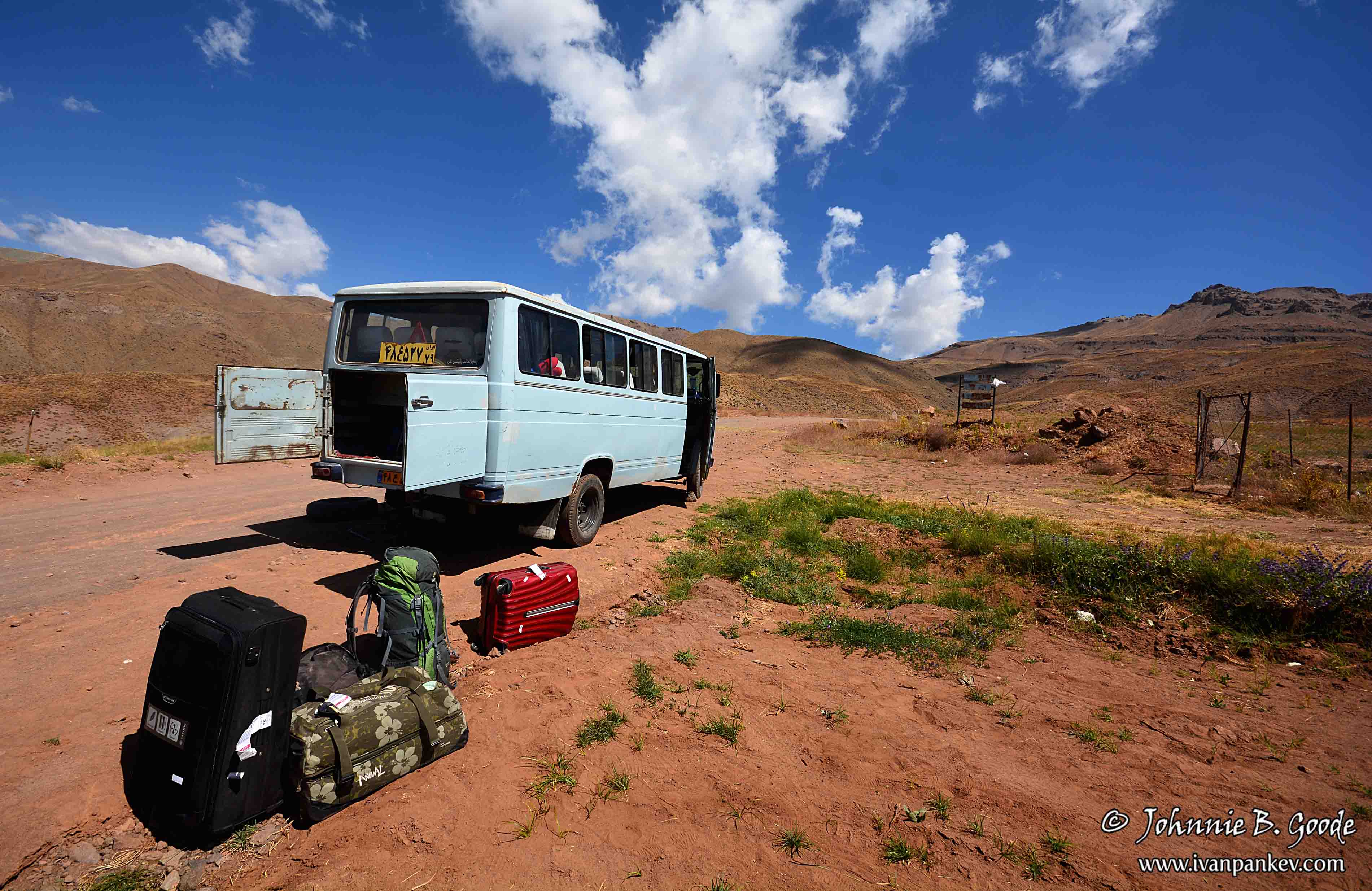 The hike in the Alborz Mountain began with a false start – the Coombes’ bus got a flat tire – and was relatively short. Most of the day passed in jolting along dirt roads up and down mountain ridges. 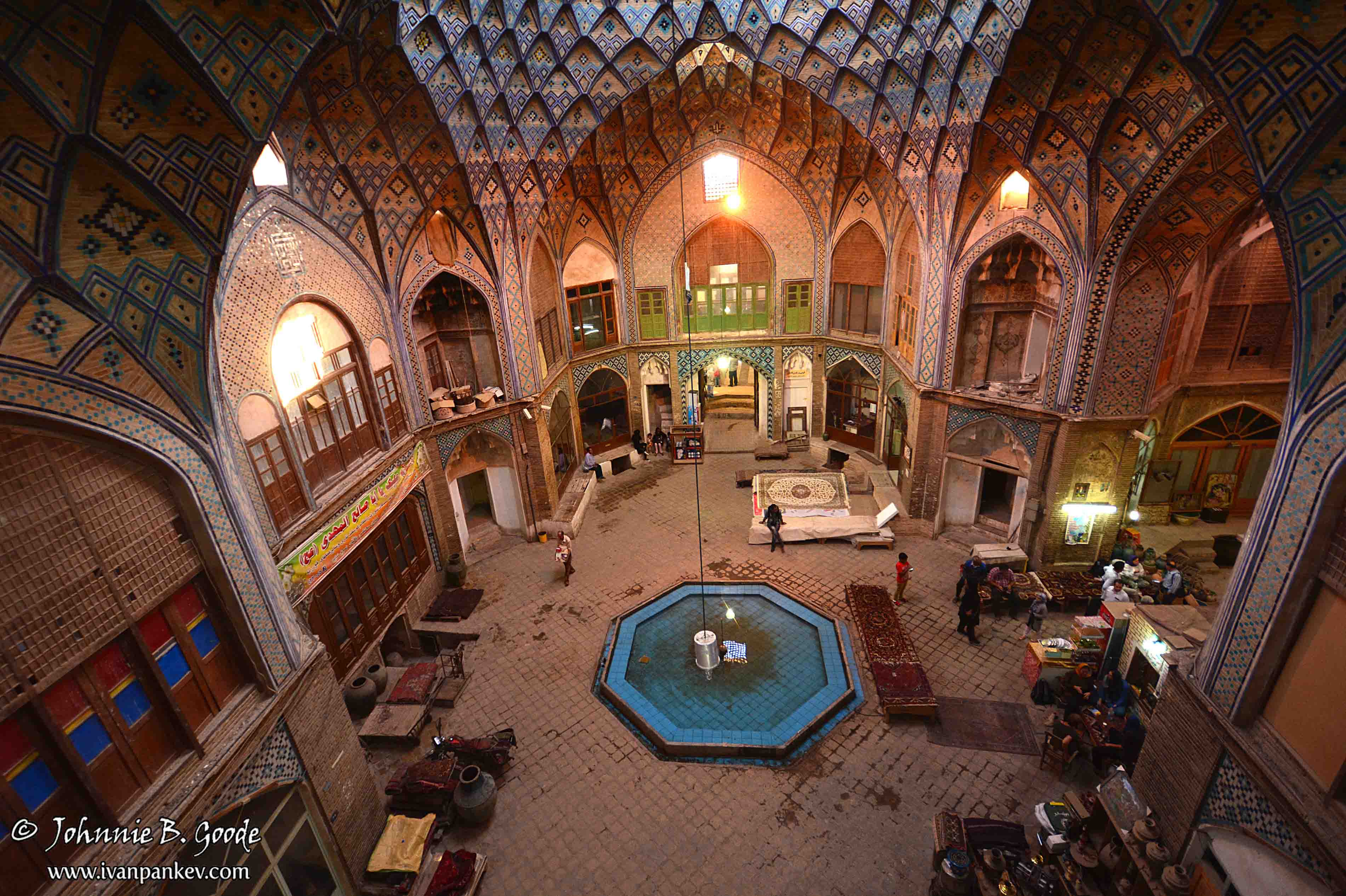 The covered bazaar in Kashan was not as busy as the one in Tabriz, but we climbed to its roof and looked through a hole in the dome of its most beautiful caravanserai. 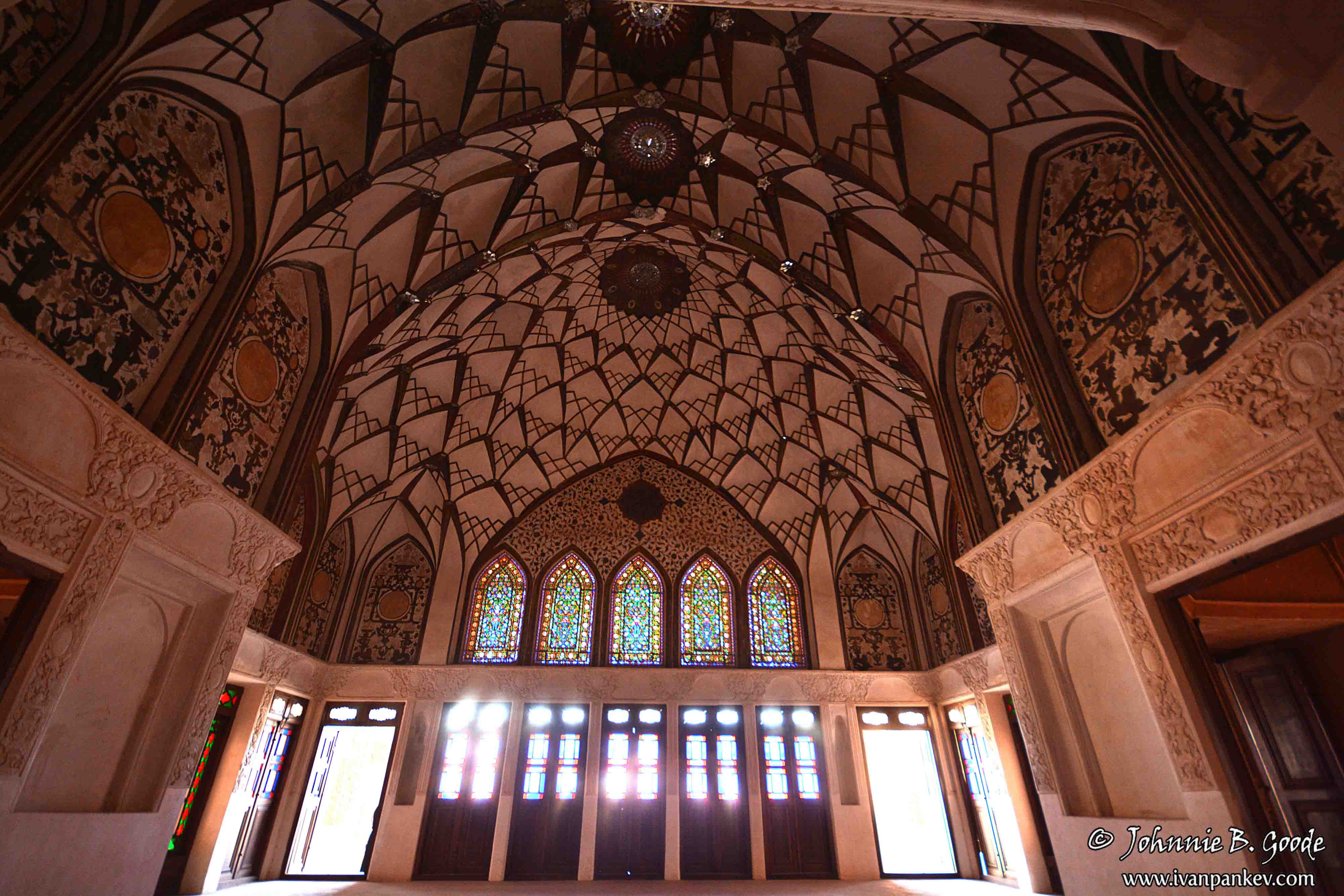 Khan-e Tabatabei was a big mansion with several yards, stables, a kitchen, a basement, summer and winter rooms, a reception hall. The latter was the most impressive of all (that had been its purpose). Its facade was decorated with extremely fine friezes. The ceiling inside was beautifully ornate and the windows were of colorful stained glass. 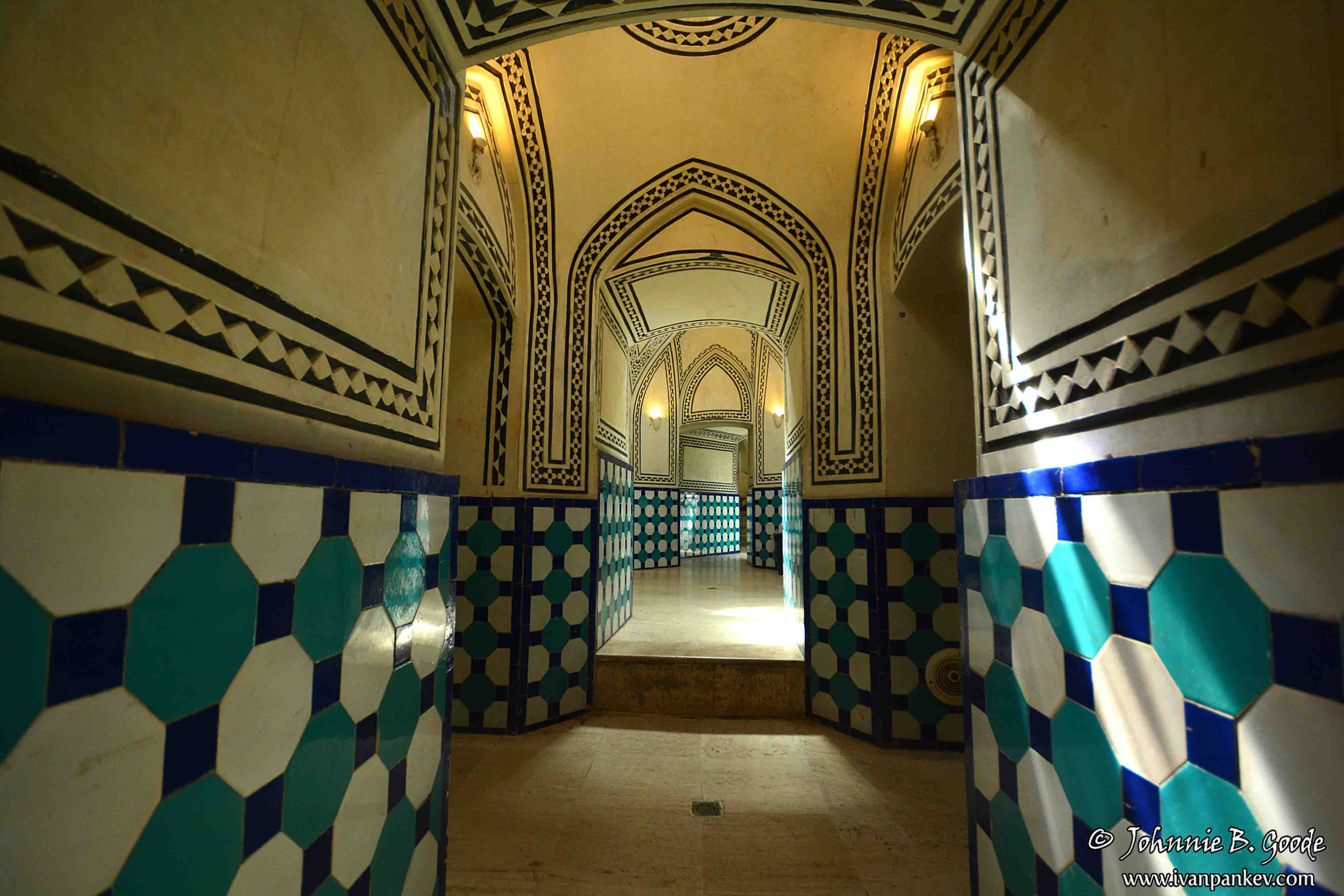 Hammam-e Sultan Mir Ahmad was a bathroom with multiple rooms, all faced with nice blue-green tiles. Particularly interesting was the water distribution system. It was winded from a deep well right up to the roof and through multiple channels it was delivered to each boiler and pool. 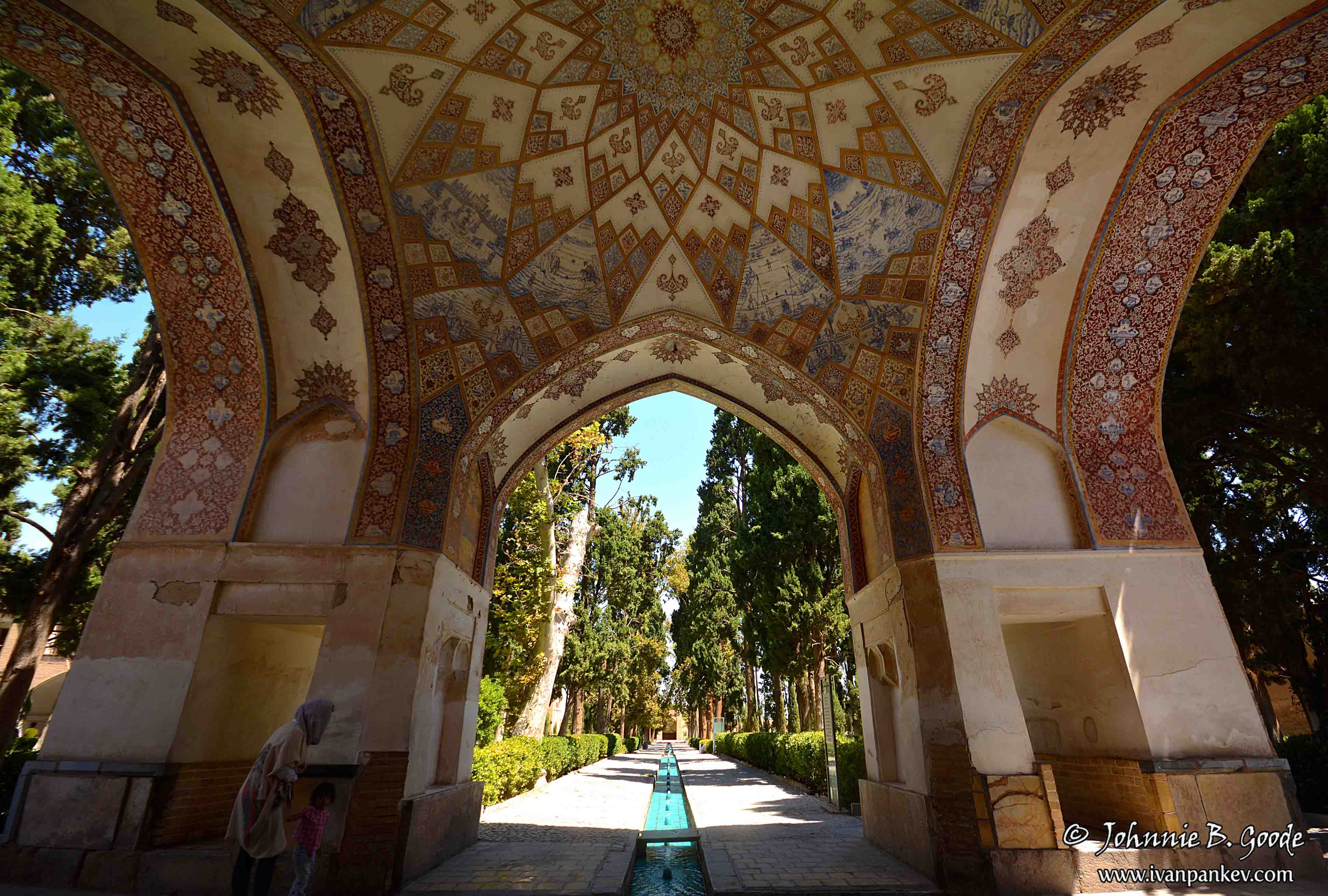 Bagh-e Tarikhi-ye Fin (Fin Garden) was one of nine Persian gardens part of the UNESCO World Heritage List. It consisted of a yard surrounded by a high wall and looked more like a park than a real garden, because there were almost no flowers. There were tall trees that were giving good shade and the water in the canals and ponds warbled nicely. One of the pavilions had beautiful frescoes. 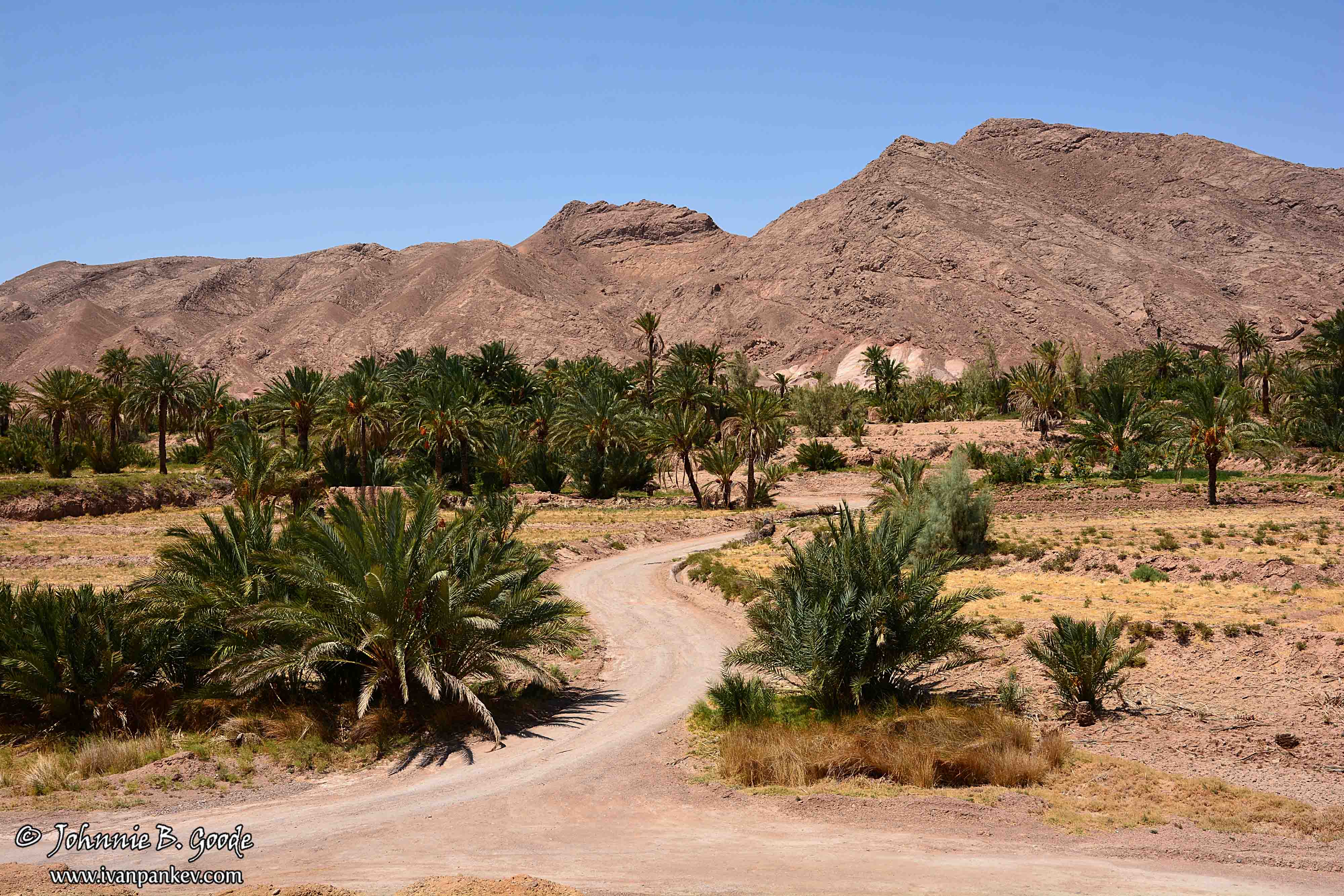 I was waiting for a ride on the main road 200 km. away from Yazd, but I was picked up by Majid. He offered me a 450 km. ride to Khur. That brought me quite a lot worries. First my driver parked by the roadside to smoke a ball of opium. Then for a while he drove in the wrong lane. Later stopped in a dark street in a town in the middle of the wilderness and bargained for more drugs. Moreover, according to Lonely Planet Garmeh was supposed to be a great oasis in the desert with a large number of date trees. There was really a whole date plantation, but the desert could not compare to Sahara near Merzouga in Morocco, nor the oasis to Huacachina in Peru. 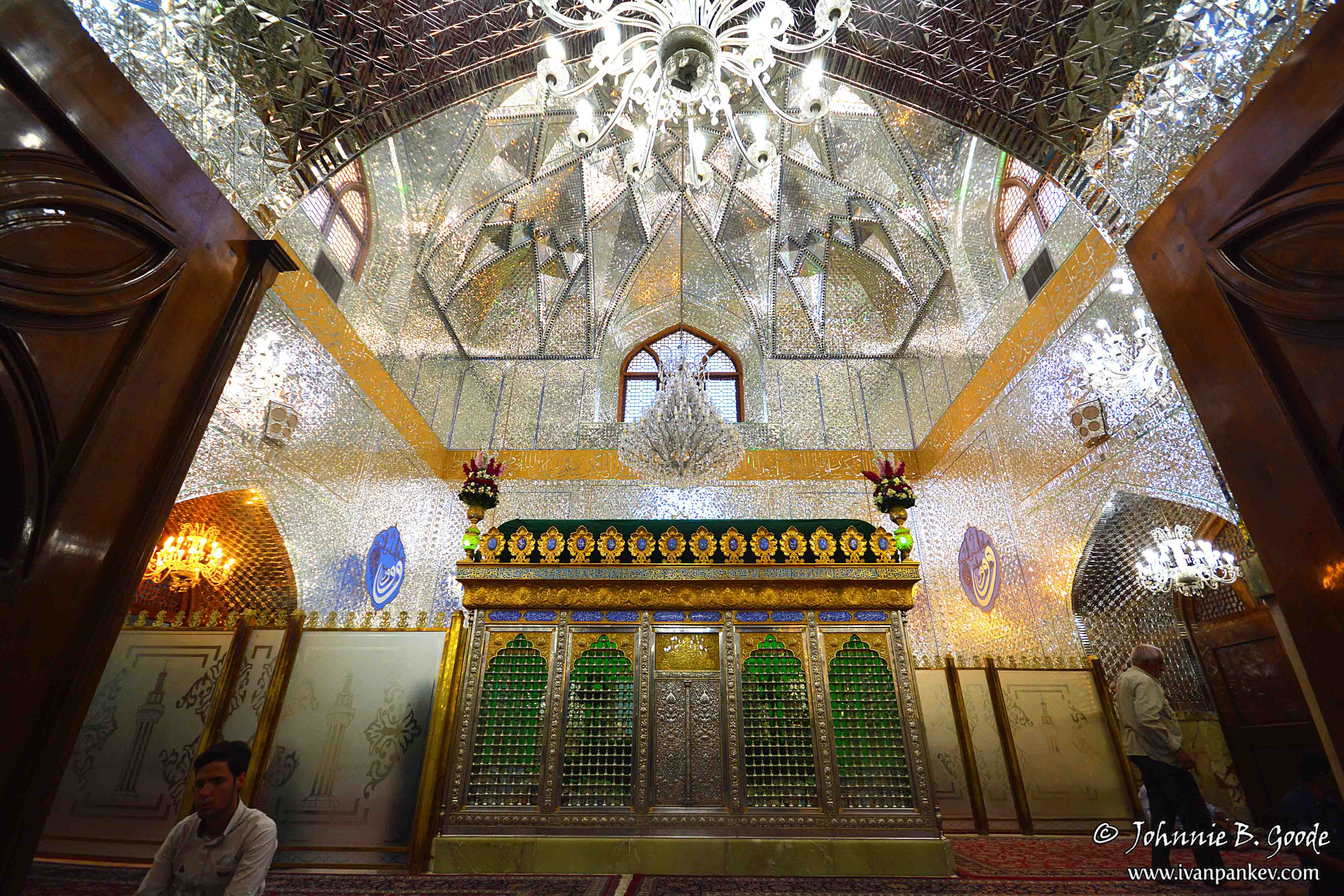 The Emam Zadeh Shrine in Tabas was huge, with some exquisite minarets and gates. All of them in the typical blue-green color. The interior was unusual and dazzling. Literally! The domes and the walls were revetted with millions of mirror pieces. That gave me the feeling that I was in a disco-ball. One of the premises was occupied by the green sarcophagus of a Shia saint. 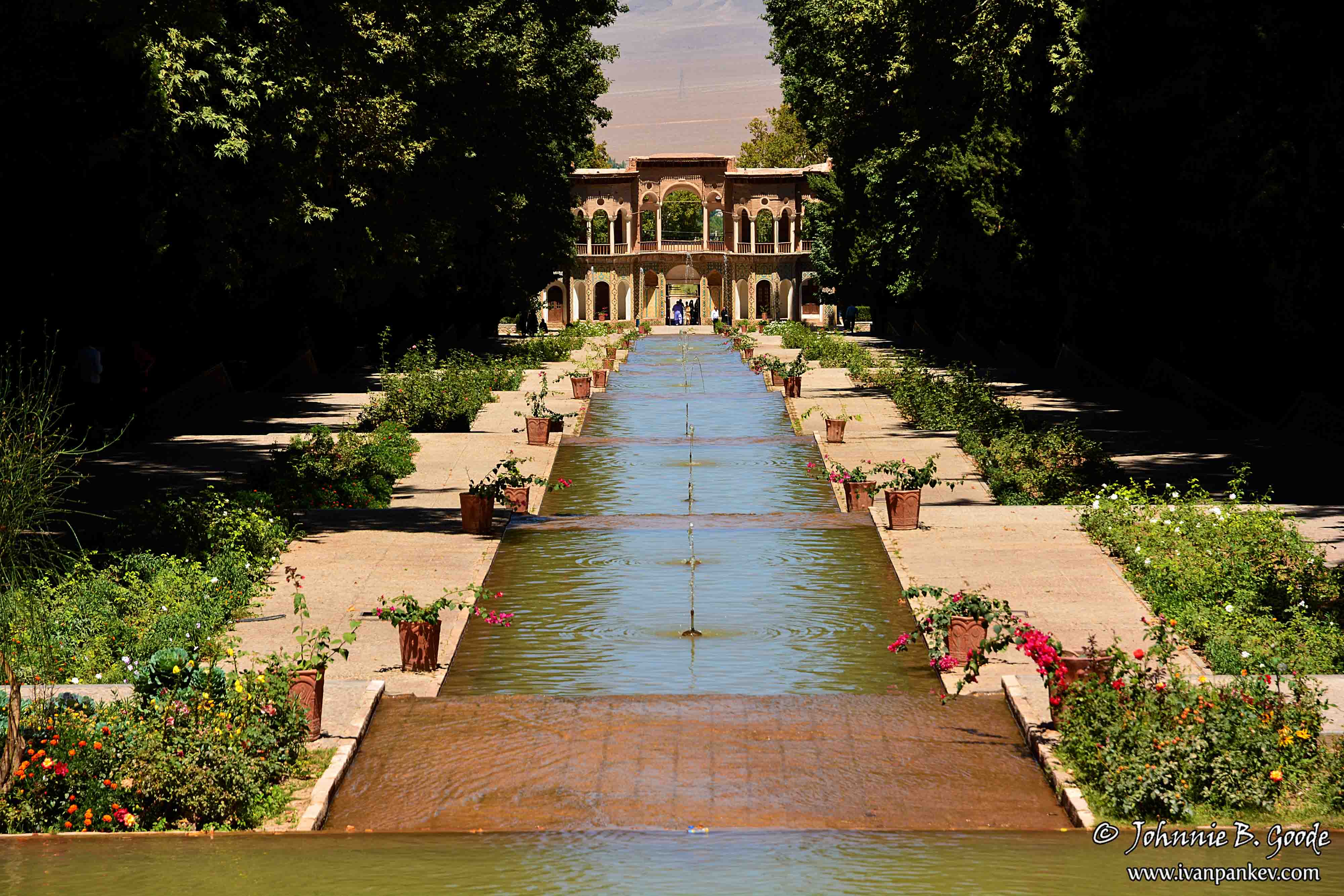 Bagh-e Shahzde was also part of the World Heritage List as a perfect example of a Persian garden, the idea of ​​which was to embody their vision of Paradise. It was stepped and through the middle a water canal and ponds cascaded. Pots of flowers were surrounding it, and the rest was occupied by trees. I liked it better than the previous one. 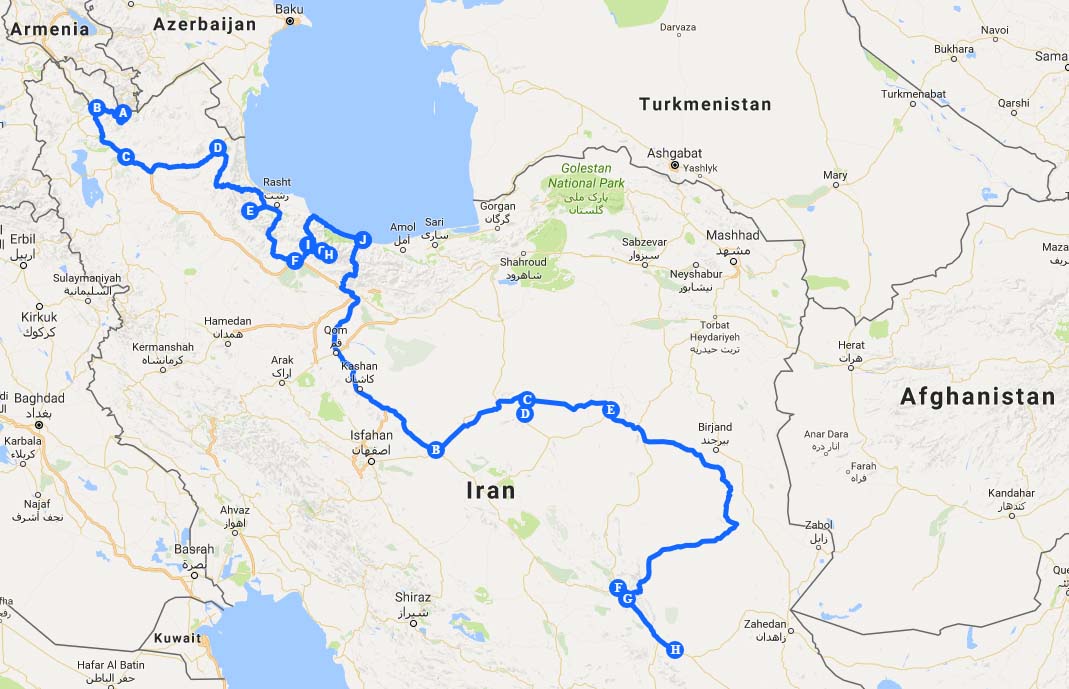 The first 10 days in Iran passed quickly, and I had a long list of cities and sights to visit. And somehow I had managed to leave the best for last.