This is the story of my 5-month eastern journey through Turkey, Georgia, Abkhazia, Azerbaijan, Armenia, Nagorno Karabakh and Iran. I spent most of its night wild camping.

It‘s only fitting that I add a chapter in my story, dedicated to wild camping. For five months one orange piece of nylon, surrounding an area of ​​2 sq. m., represented my idea of ​​home. I spent over 2/3 of those 140 nights in it. It protected me from rain, wind and cold, ensured my privacy. It served me well in the heat of the Persian Gulf and on a glacier at Mt. Kazbek. Well, it had its flaws – the soundproofing was lousy and the sense of security was somewhat illusive. Yet, as the great Messner once said, it gave me the “freedom to be wherever I wanted to be”. You will see that I have a vivid imagination. 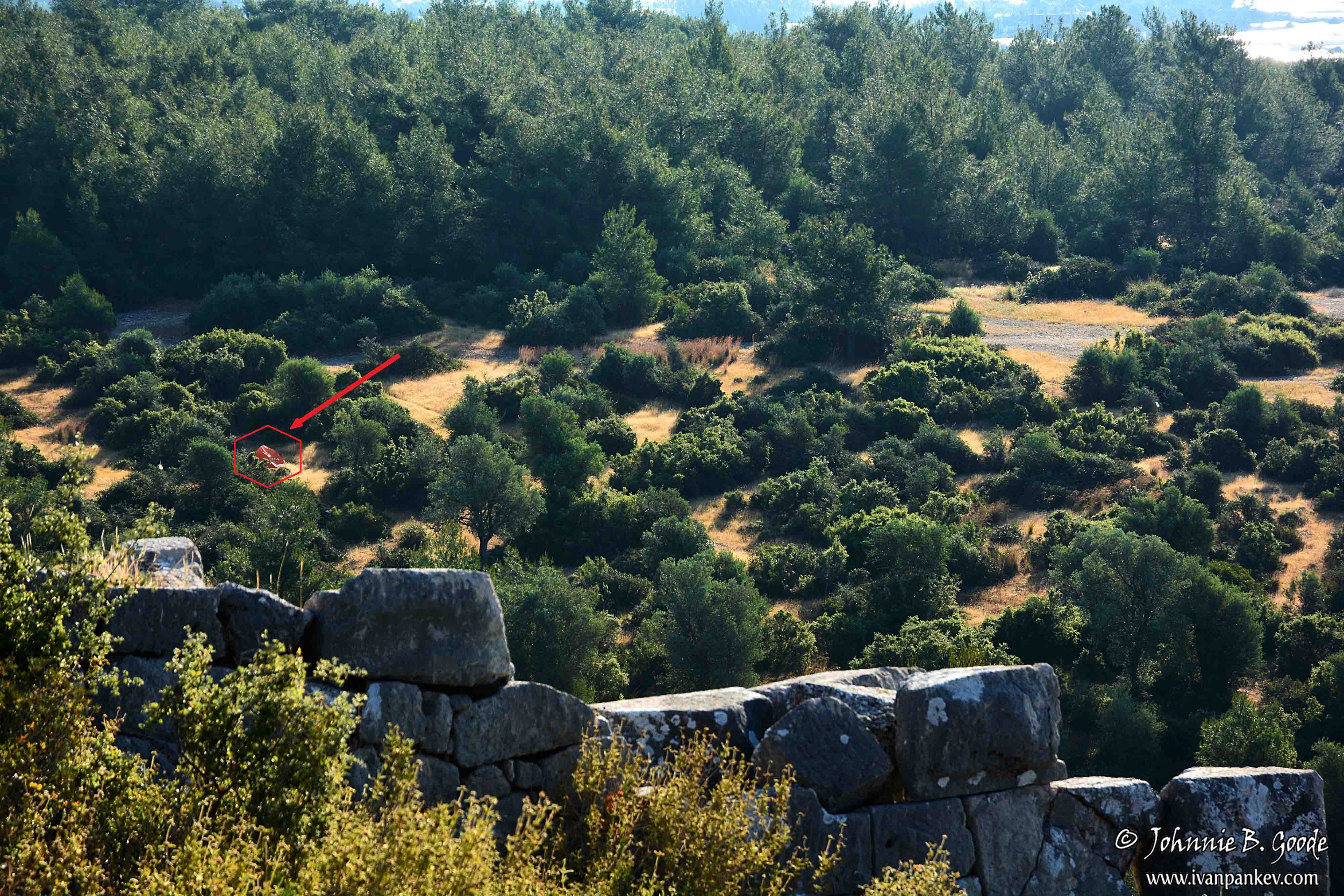 One can rarely find at the end of the day a place that is simultaneously level, sheltered and clean. This one particularly didn’t just meet all the conditions, but the tent was hidden so well that I myself had trouble finding her. 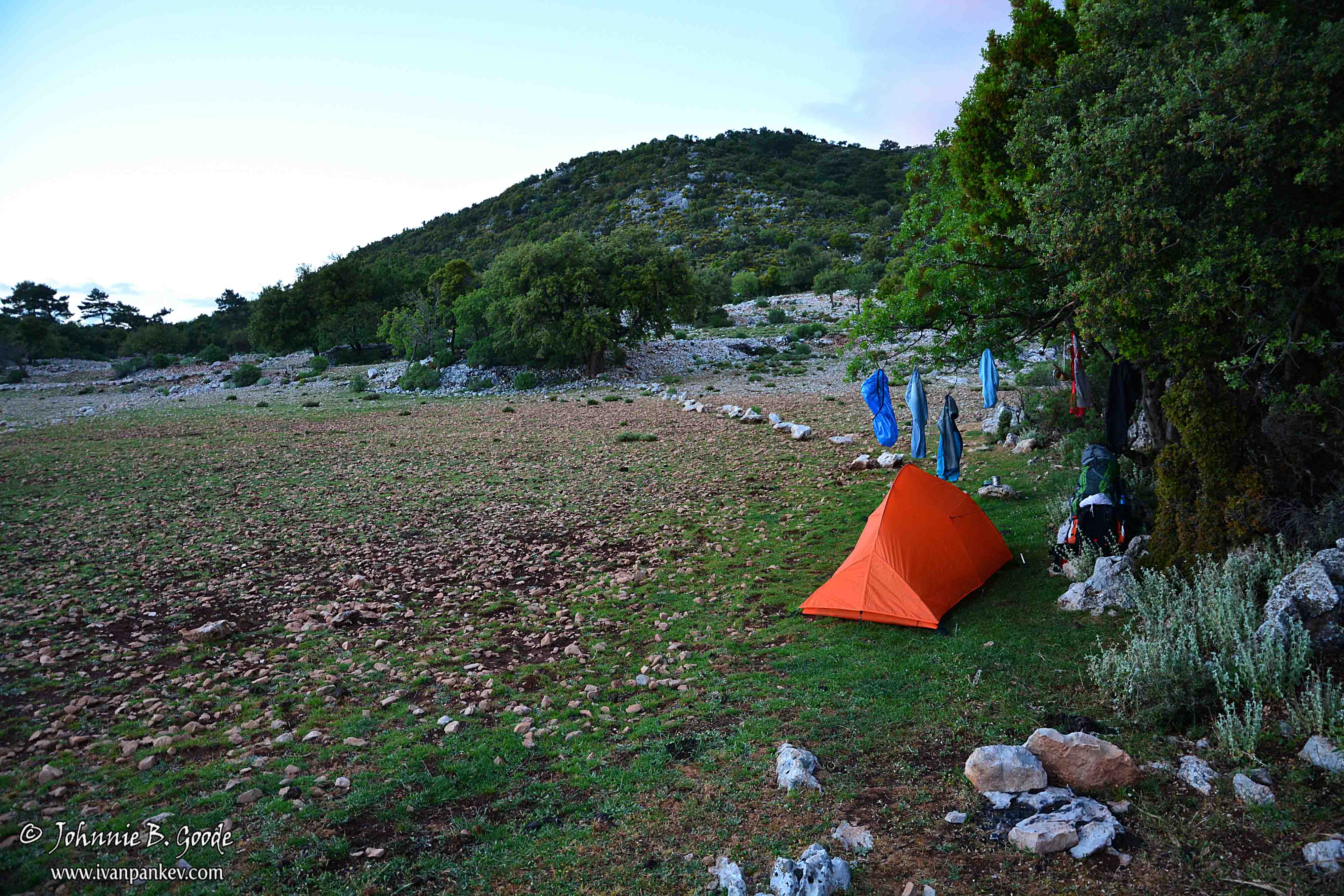 Sometimes the problem is hygienic and aesthetic – finding a place that is not totally covered in goat shit. It is hardly a coincidence that the name of the nearest village Kozağaç. Herbivorous were walking around abandoned houses in a kind of Orwell’s dystopia, the only missing was Napoleon (the pig).

Other times it’s all about the space-time continuum – the sun descends slowly toward the horizon and you want to end this already long day of walking, but you go on squeezing through the overgrown path, just because there are no 2 m. of clean space in the surrounding briers. However, you are in luck and even get a bonus – a panoramic view. 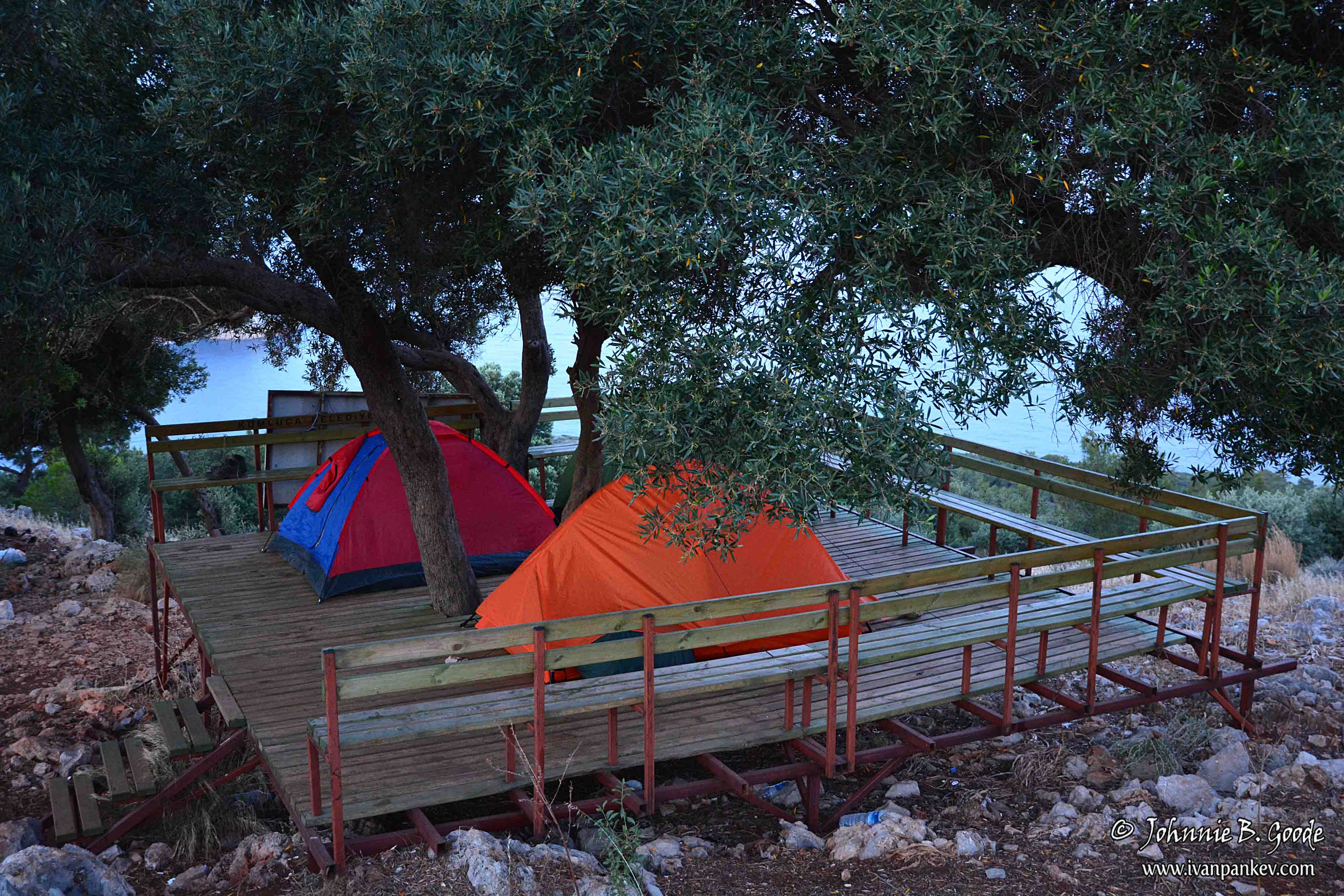 The advantage of walking a popular trek is that sometimes they have thought of people like you and you can make use of the small comforts. 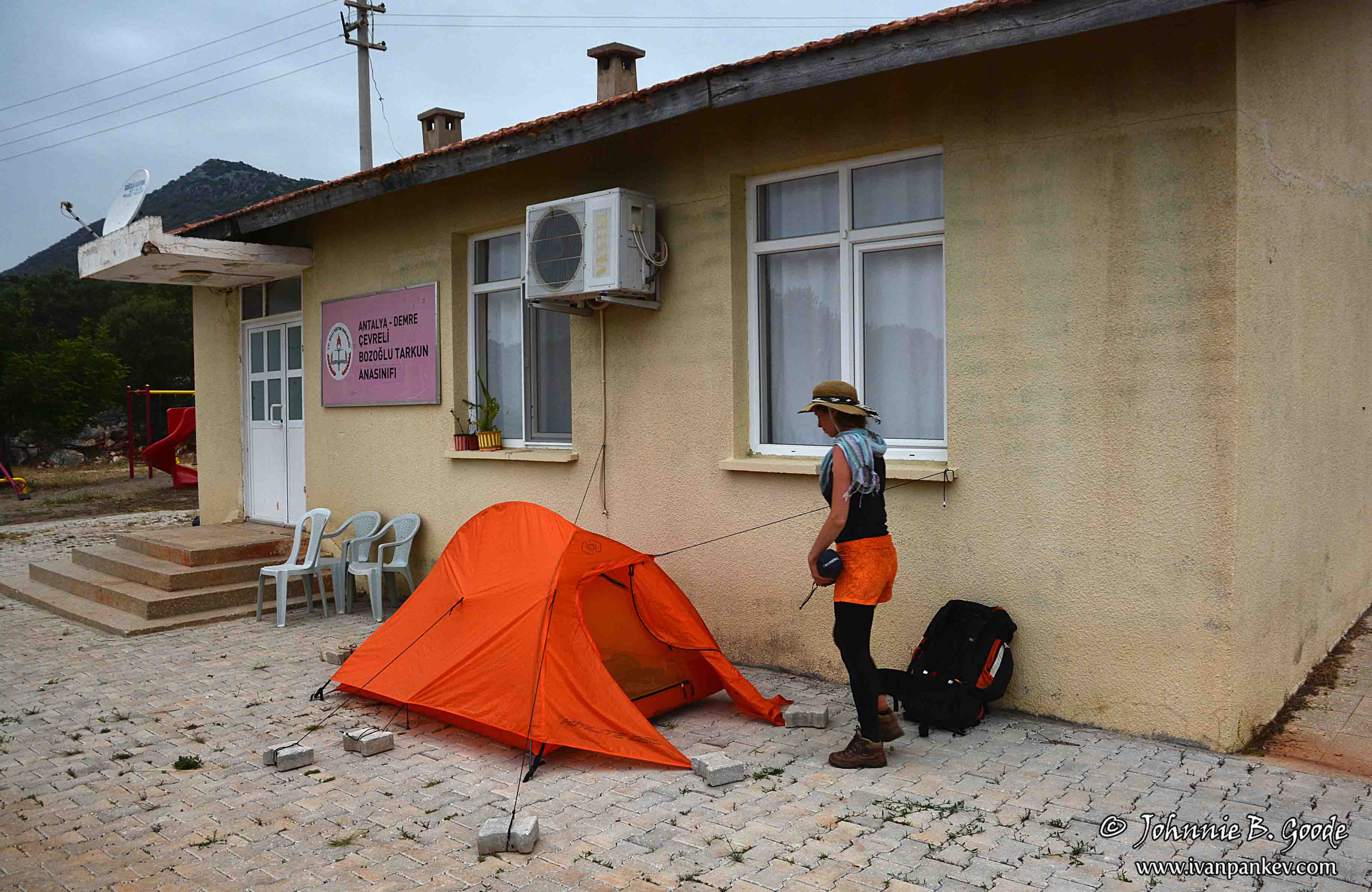 In urban areas you have to adjust to the environment, be it a kindergarten.

Near the ruins of Ancient Phaselis we had one of our most pleasant nights for the whole Lycian way – we pitched our home on a carpet of soft pine needles and the sound of the splashing Mediterranean waves was our lullaby.

In Azerbaijani Caucasus my orange piece of nylon boasted views of the country’s highest point – Mt. Bazardüzü (4740 m.). My brief stay in Azerbaijan was marked by two night incidents – one nice and one unpleasant. While camping near the village of Lahıc, two teenagers threw a large rock at my tent and fled. Near the village of Kish two young soldiers came to check on me. One of them asked in fluent English: 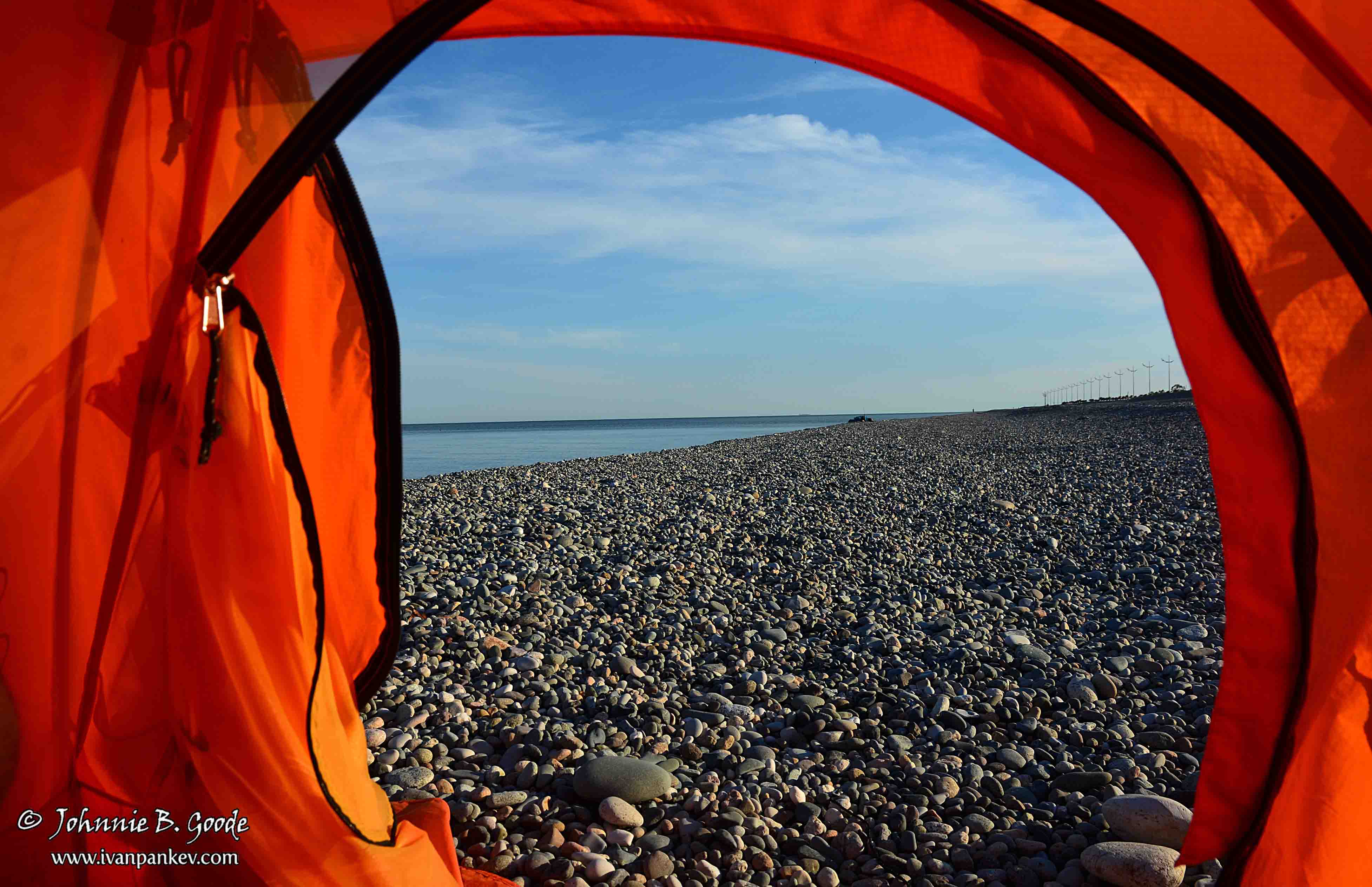 The Georgians are particularly proud of their country’s coast – long gravel beaches. I definitely missed the sand, but outside Batumi the beaches were so deserted that I often had them to myself.

The Abkhazian ones were no better, and I had to share them with crowds of Russian tourists who prefer them to their own Sochi where all prices are 3-4 times higher. 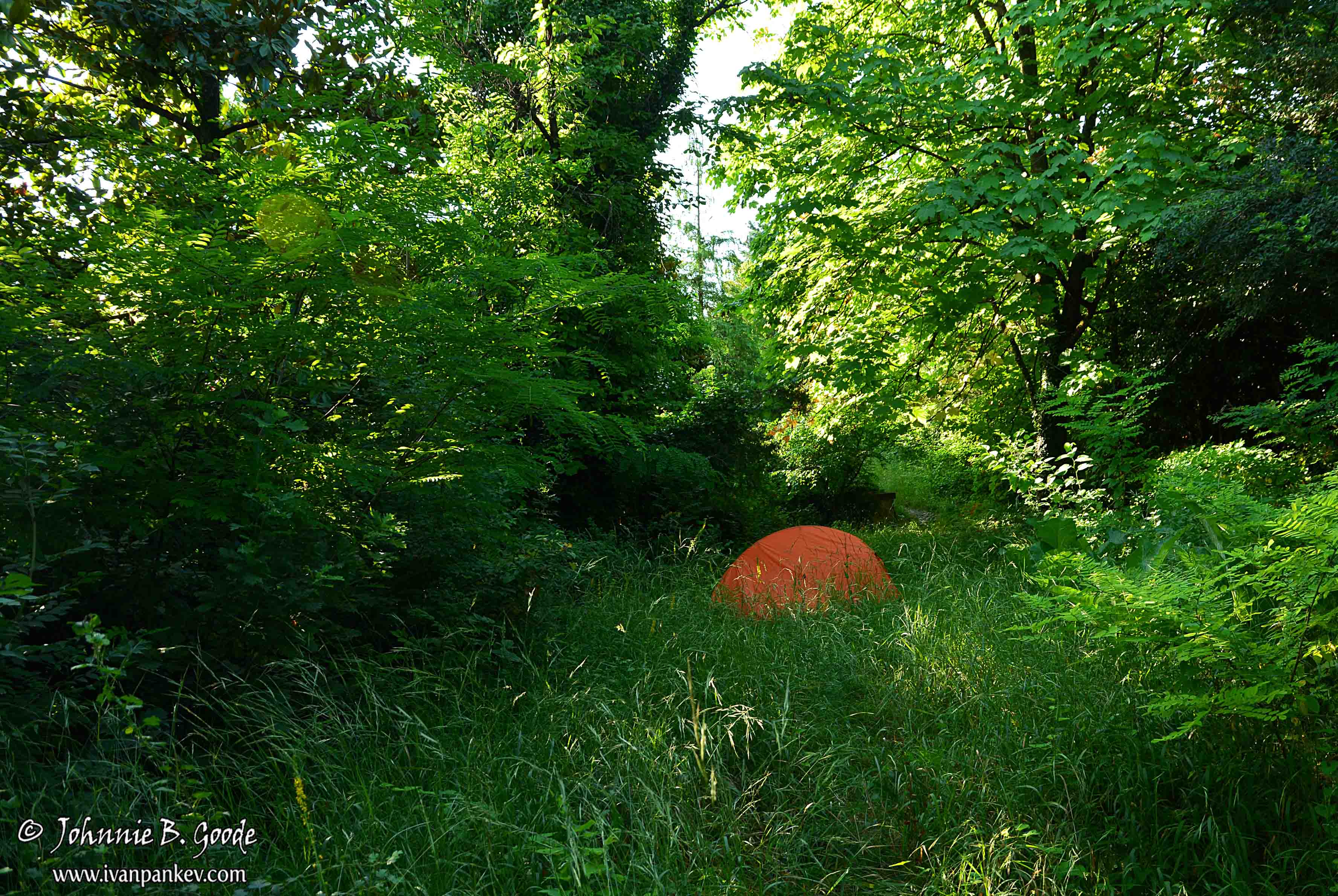 Camping on grass is way nicer than rubble, but when the grass is so high that it almost hides your home, you better close the zipper well for you never know what you will be hugging in the morning. 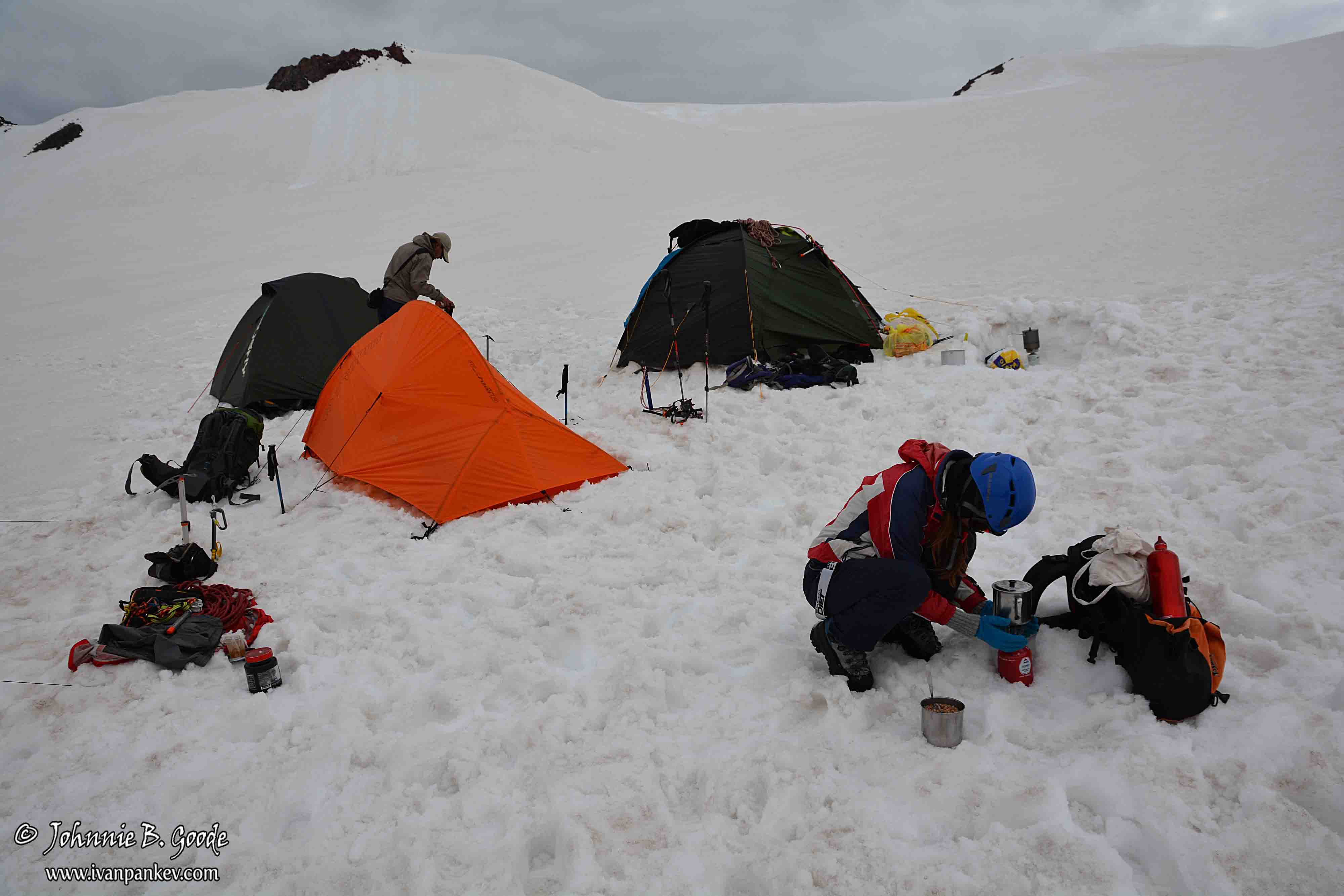 I was slightly nervous before the night on the glacier but my summer tent performed surprisingly well in these conditions at 4300 m., I didn’t even feel any cold. Well, the stormy gusts of wind the next day crushed one of the poles as a toothpick, but with wire and duct tape one can fix everything. 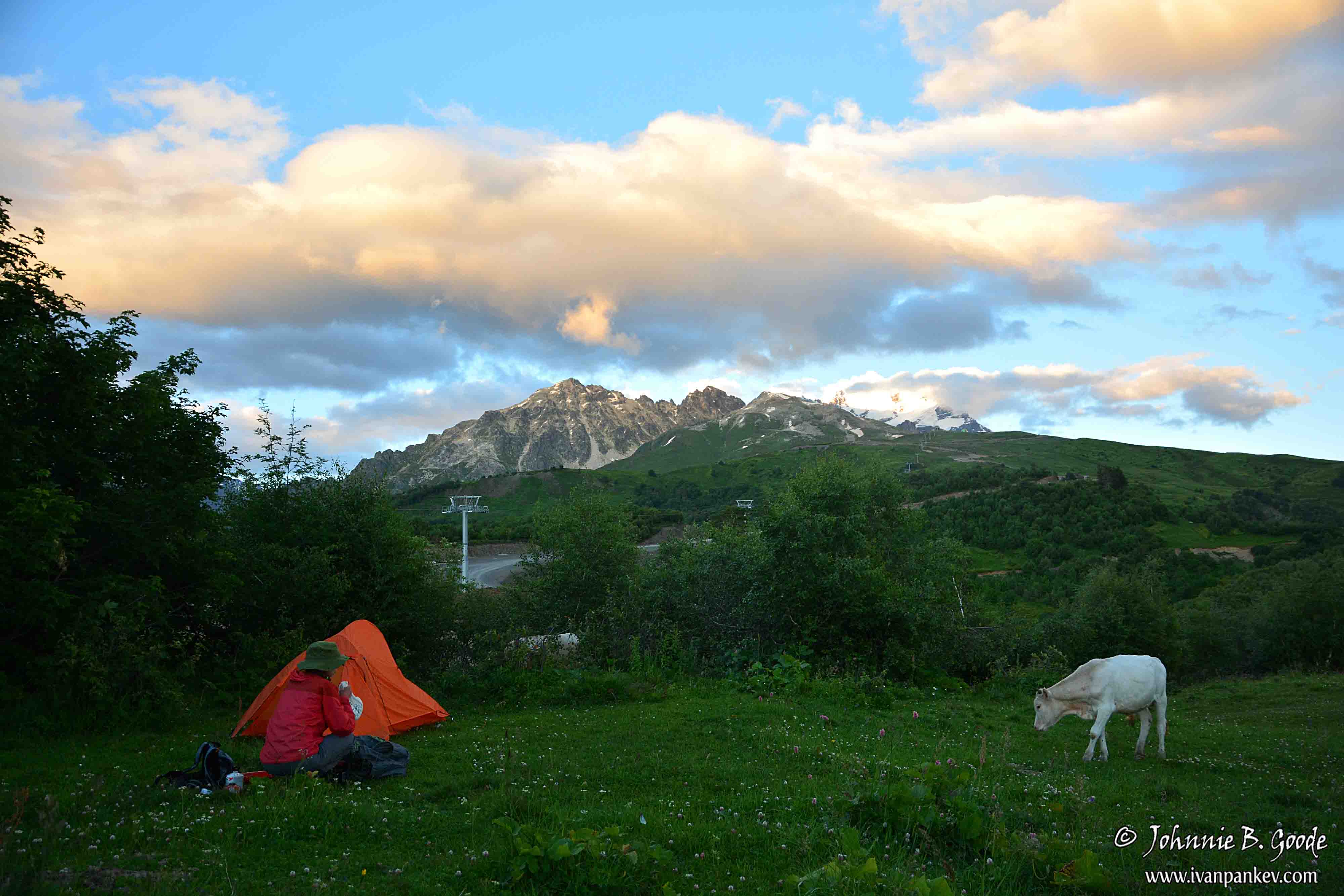 I prefer camping in the open – it’s not only more scenic, but it’s more likely to be left alone, you can be at most visited by a calf or have a talk with a shepherd. 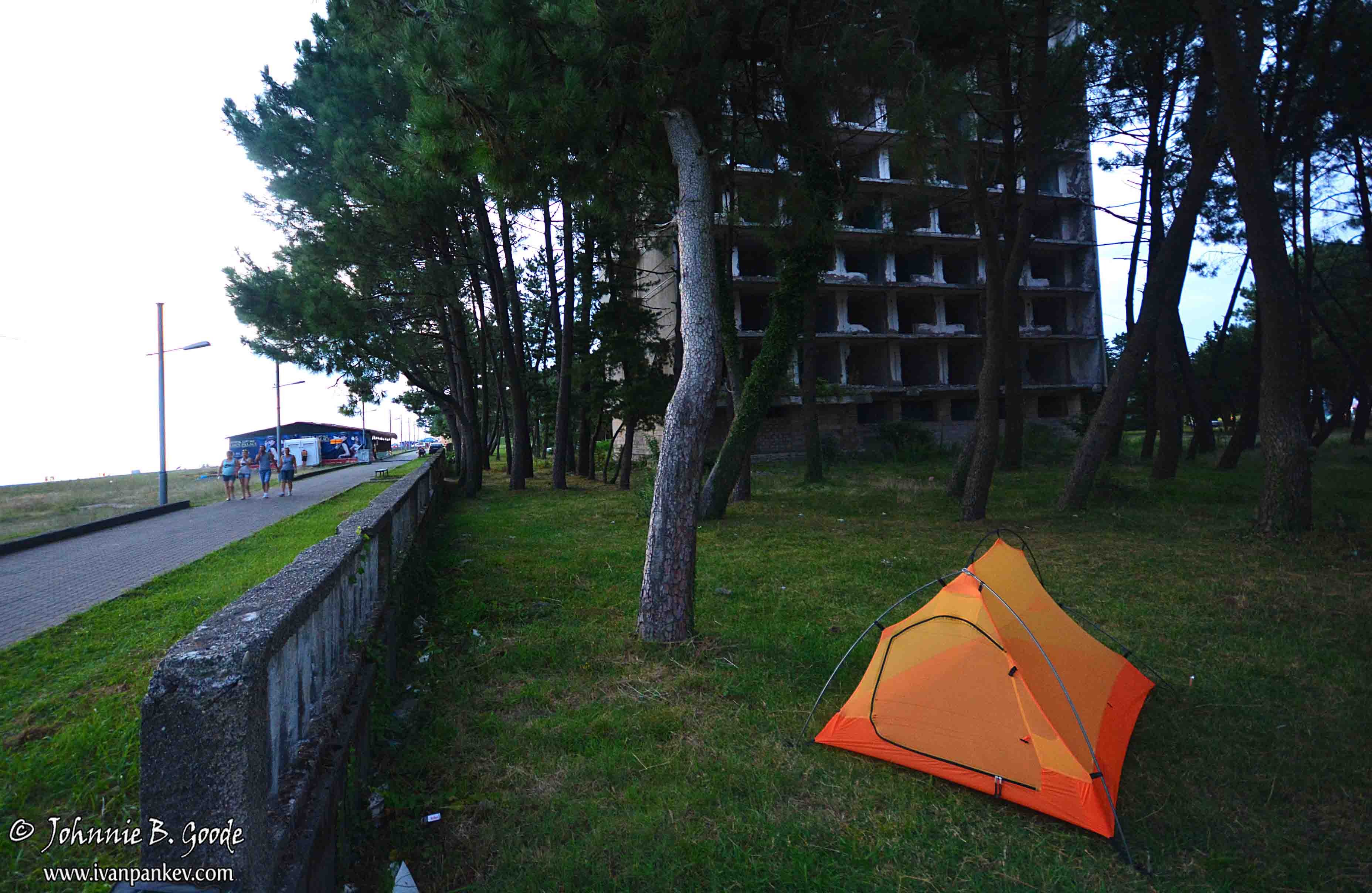 Sometimes, however, night can overtake you in a city, then you just have to find an obscure park. If you are in a seaside resort, be careful that the park is not right between two restaurants, playing loud music until the wee hours of the night because, as I said, soundproofing is not among the strengths of a tent. Earplugs help.

You can hardly have a safer wild camping place than a central city park right in front of the police station. Of course, for this purpose you should first ask for permission the local police officers.

So that’s the end of this part that covers some of my more interesting nights around Turkey, Georgia, Abkhazia and Azerbaijan. In the sequel you will camp in a monastery, a mosque, a playground and other strange places around Armenia, Nagorno-Karabakh and Iran.