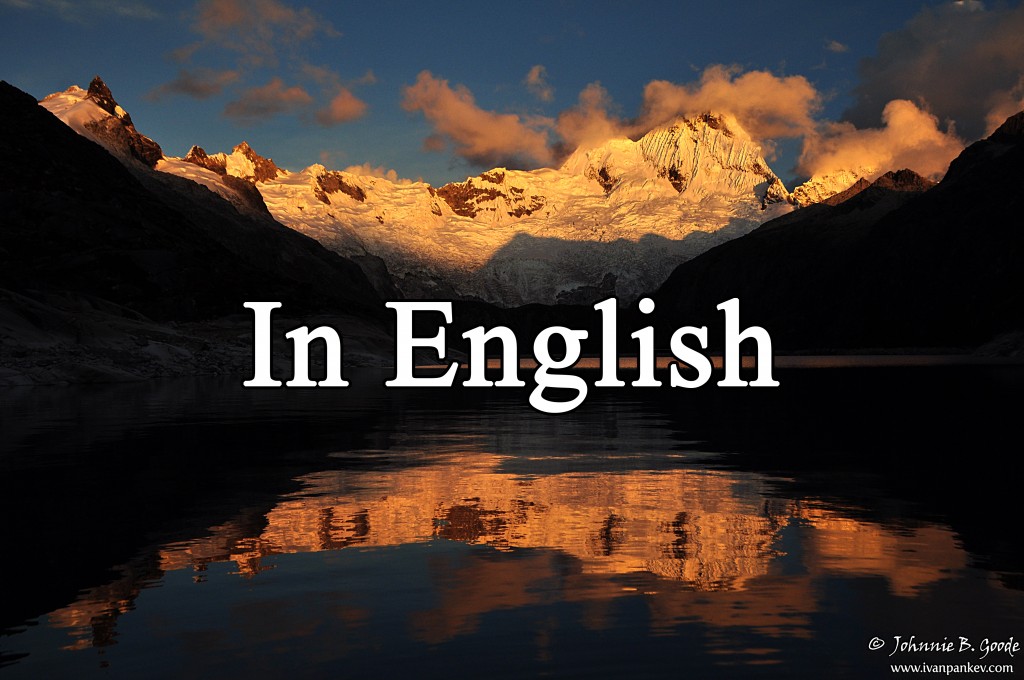 This is the second part of the story about our 4-month South American journey. It is about our travel around Peru, Bolivia, Paraguay and Brazil.

After the first 50 days and more than 10 000 km. hitchhiking around Patagonia, sleeping frequently in a tent or Couchsurfing, our journey continues in Peru. Here we finally came across a standard of living similar to ours in Bulgaria. We took the first bus with great pleasure. We could just relax and go to sleep, talk or read a book – unattainable “luxury” while we were hitchhiking. Moreover we stopped sleeping in a tent (except while trekking), but spent more time finding the cheapest hotels.

Despite the large number of tourists, in Peru the world is still young, especially in the mountains. The ploughs are not replaced by tractors and the children are curious to foreigners without necessarily having to beg for a candy. 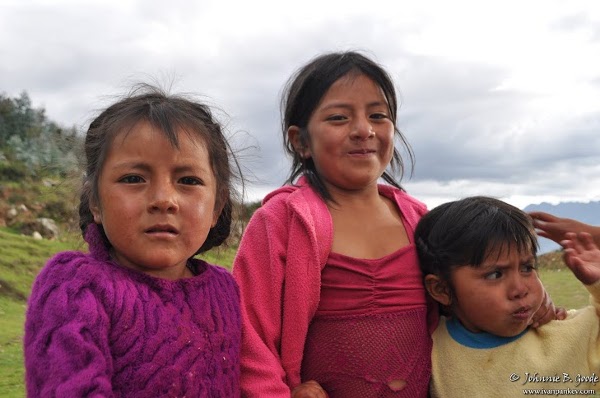 After a two-day stay in Arequipa, where because of the lack of equipment and the difficult logistics we gave up climbing the overhanging snowy volcano Misti, we went to the trekking capital of Peru – Huaraz. After a day’s acclimation walk and without much speculation, we decided to go alone to the Alpamayo trek – extremely beautiful, eight-day, high altitude (with climbing up to 5000 m.), rather tiring trek. The views were worth every burned calorie and every drop of shed sweat. 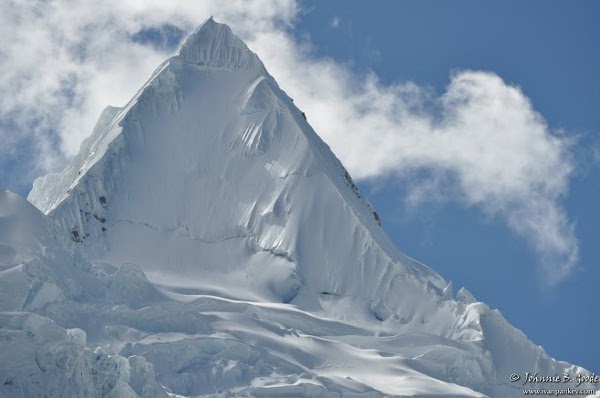 Alpamayo peak, after which the trek is named. It was voted by the readers of the German magazine “Alpinus” as “the most beautiful mountain in the world”. You can easily understand why. 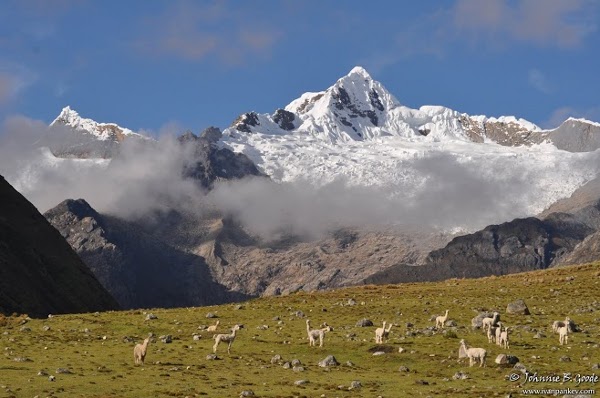 What’s specific about the trekking in the Central Andes is that once you start, no matter how far you have come, you have only two options – to get to the end or to go all the way back. And the best about the rainy season is that apart from a dozen locals, for the eight days of the trek we didn’t meet any tourist – unheard idyll. 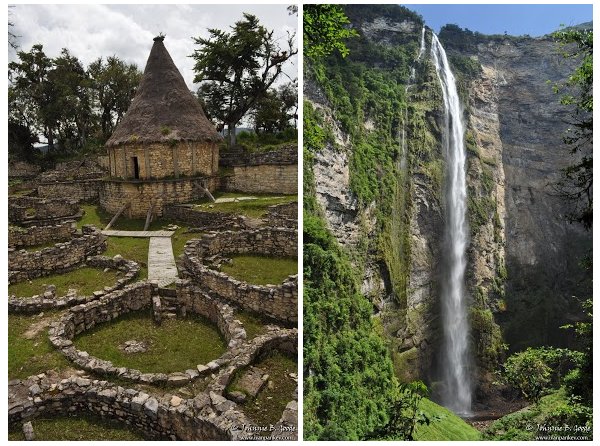 Our time in Peru was getting on, and after the trek we were running out of stamina. So we succumbed to cultural tourism: Chan Chan – the largest South American city of the pre-Columbus era and a UNESCO World Heritage Site, and Kuelap – an important pre-Inca fortress.

We also took a brief stroll in the Peruvian jungle to the Gokta waterfall, 770 meters high. The shower underneath was memorable. 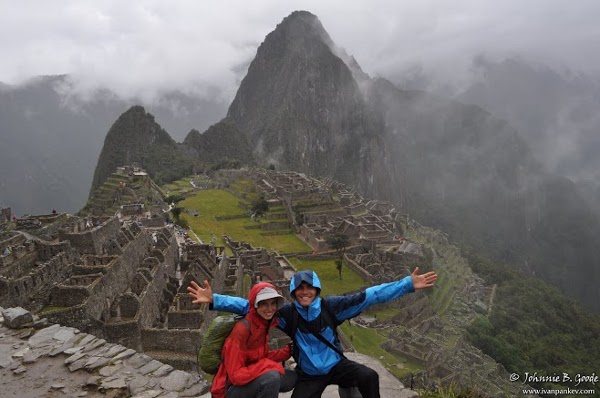 Despite our skepticism, the fame of Machu Picchu as the biggest attraction in Peru and throughout South America proved to be well-deserved. Just getting to it in the rainy season was ​​epic, and with it ended our month-long stay in the country. 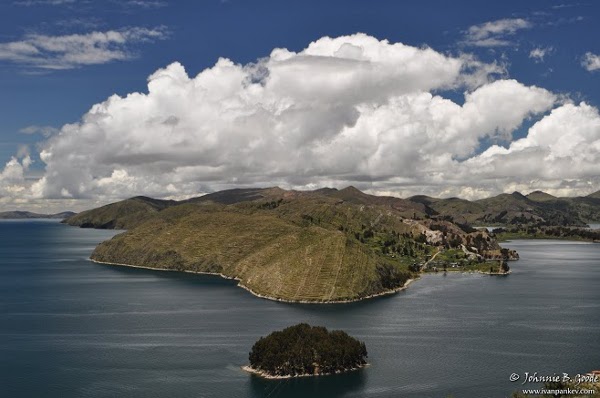 Not accidentally Lake Titicaca, especially the Island of the Sun (Isla del Sol) is compared to the Greek coast … Only at a higher altitude (around 3900 m.) and much cheaper (Bolivia is the cheapest country in South America). Immediately after our return from this paradise was the only unpleasant incident during our journey – my camera grew legs … For the rest of the story you should be satisfied with low-quality images. 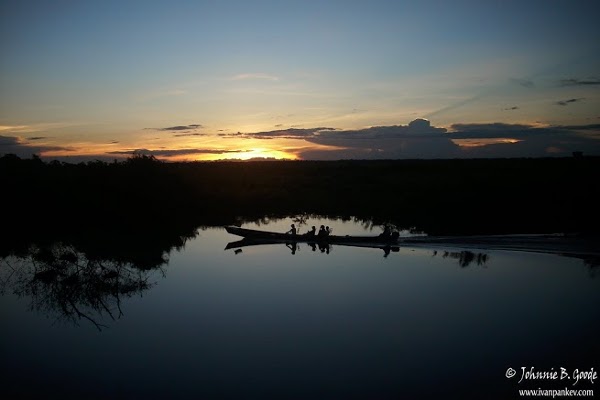 Quite demotivated by the loss, we quickly reviewed our plans for a new tough trek in Bolivia and headed straight to Rurrenabaque instead, where, despite the millions of mosquitoes, we managed to survive three days in the Madidi National Park – their part of the Amazon jungle. Then another three in lazy boat trips around the flooded Pampa. There we saw caimans, anacondas, hummingbirds, toucans and various species of monkeys. We went fishing for piranhas, swimming with pink dolphins … and we got bit by thousands of mosquitoes. 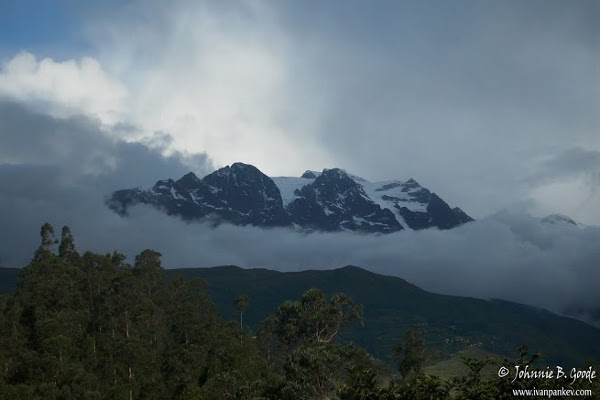 Once we’d had a little rest, we decided to try a three-day trek to Laguna Glasiar (5038 m.). As it was during the rainy season, it went like that:

Second day – in the morning – rain, rain, rain; in the afternoon – 1500 meters of descent back to Sorata 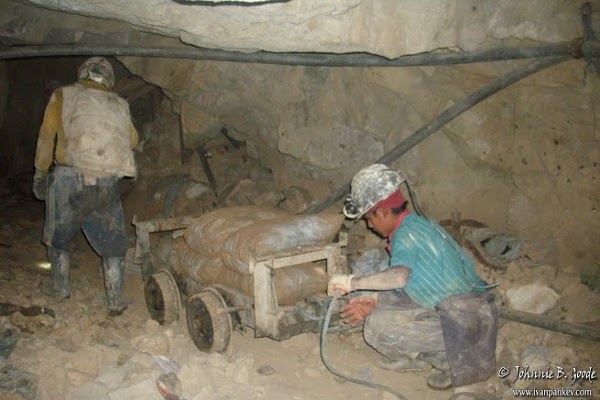 In Potosi (the highest city on the planet – 4070 m.) I visited a working silver mine – darkness, dust and major depression – no mechanization, everything is done manually, the exploitation of child labor is more common than an exception. And, to save time and money, instead of food they chew coca leaves. In Peru and Bolivia, you can buy coca leaves at the street per kilo. And generally in South America, if someone asked you if you smoke, they never mean cigarettes. 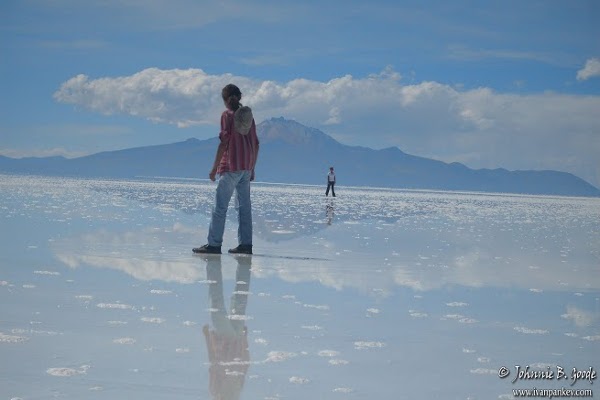 The three-day trip in Salar de Uyuni (the largest salt flat in the world) was definitely worth it – high desert landscape with numerous snowy peaks, interesting rock formations, lakes in different colors and packed with a great number of pink flamingos. An enchanting place that I would love to visit again. 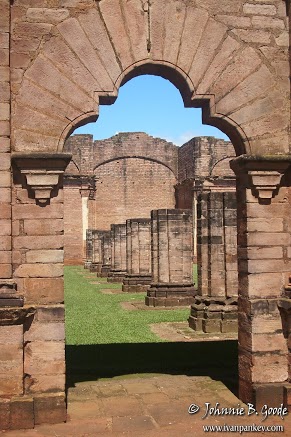 Anyone who understood that we plan to go through Paraguay, advised us not to do it. The locals said that Paraguayans are belligerent, unfriendly and that they only cause problems. The Jews went even further – there were Al Qaeda bases! After four days in the country we had another impression – the people were friendly and helpful. But as for the tourist attractions, Paraguay has little to offer, and we did not have much time left. We still visited the fairly interesting Jesuit missions of Trinidad and Jesus. 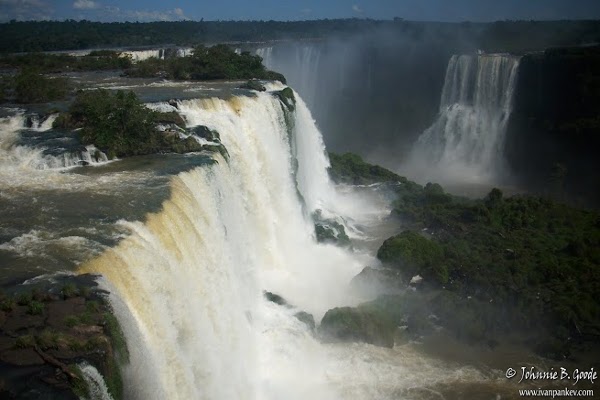 In our “time zone” (Catholicism) it was Easter, and we all know that miracles do happen at Christmas and Easter. So we saw another one of the Seven Natural Wonders of the World – the Iguazu Falls … they were … well, miraculous… ! 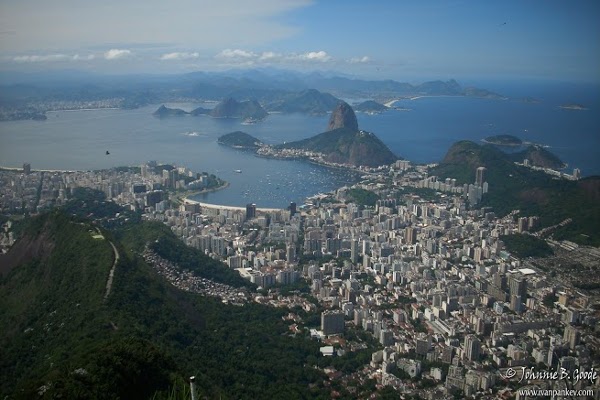 Where else to go at Easter time if not in Cidade de Deus – the City of God, but not the one crucified on Calvary, and the other whose arms are spread over the favelas … Hey, we had just begun to communicate like normal people in Spanish and the Portuguese sent us back in the era of gestures … 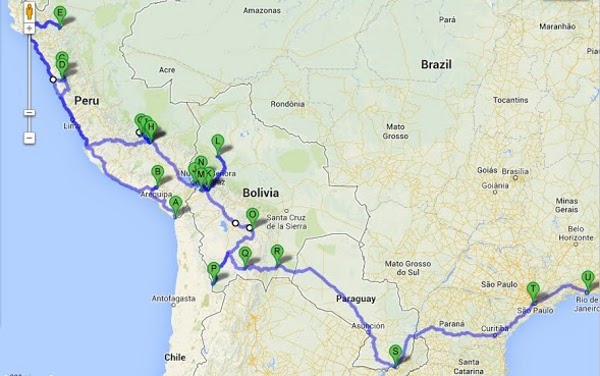 Over the past four months we had seen the Patagonian Pampas and the Central Andes, the Atacama Desert and the Amazon jungle, the Atlantic and the Pacific Oceans, the Iguazu Falls and Salar de Uyuni, Machu Picchu and the Statue of Christ the Redeemer … And now it was time to go to the most magical place on earth: … home …