The last 20 days had passed lazily just like the turbid waters of the Amazon. During this time I had travelled for more than 2500 km. on two of its main tributaries – Rio Ucayali and Rio Napo and a short stretch of the Amazon itself. I had spent most of the days lounging on a hammock with a book in hand, throwing frequent glances towards the green wall, sliding along the board. This helped a lot for the recharging of my batteries, drastically drained after the treks in the Cordilleras. The fact that after more than two and a half months of travelling I was finally in a completely unknown country was an additional impetus. 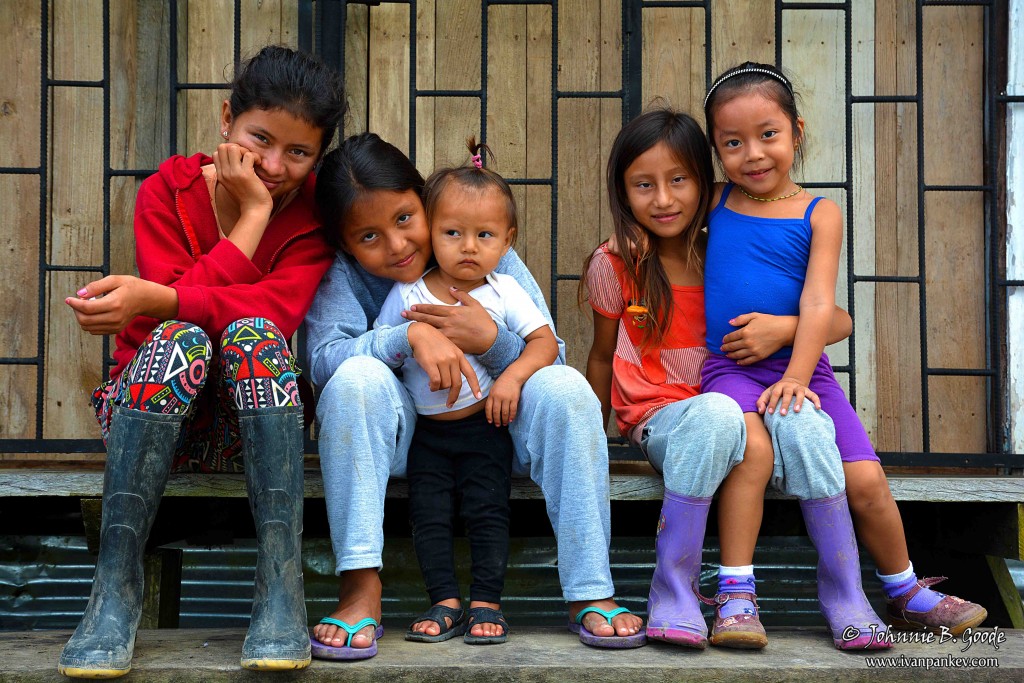 Since my very entrance in Ecuador the locals surprised me with their friendliness. They would stop me on the street to shake hands. The children would pose for a photograph. Quite contrast to the reticent population of Peru and Bolivia. Borders are just imaginary lines on the globe, but they lead to such big differences even just within a few kilometers. 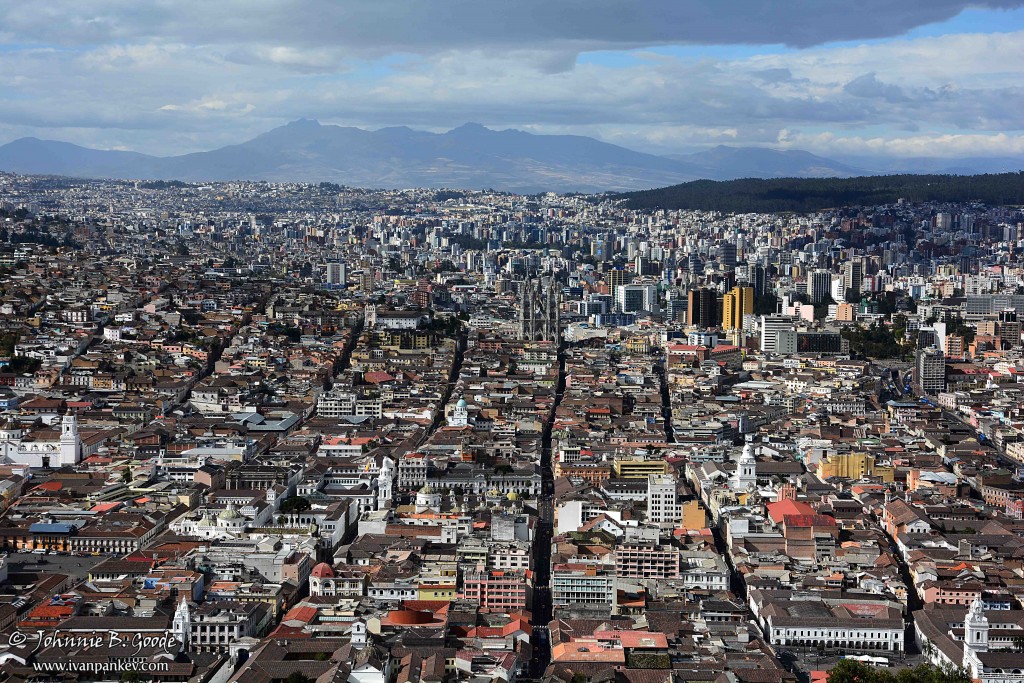 Quito boasts the largest and well-preserved historic center in South America. Not accidentally, the Ecuadorian capital and Kracow were the first sites included in the UNESCO World Heritage List. 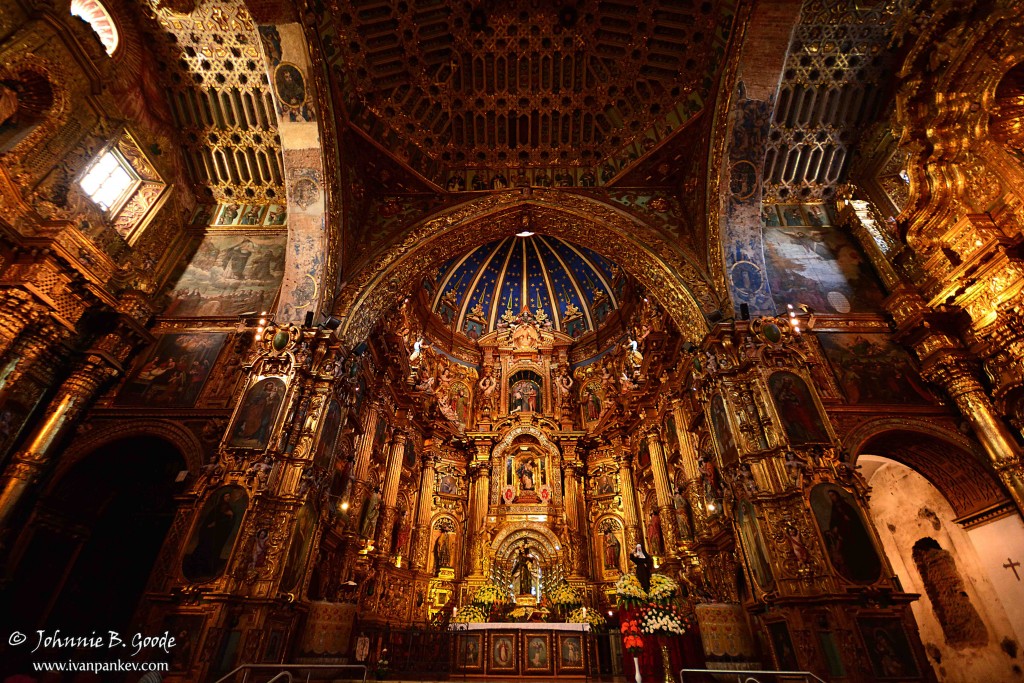 The main architectural landmark of Quito was the Convent of San Francisco. This was both the oldest church and the largest colonial building in the city. It impressed with its beautiful and sophisticated interior decoration. 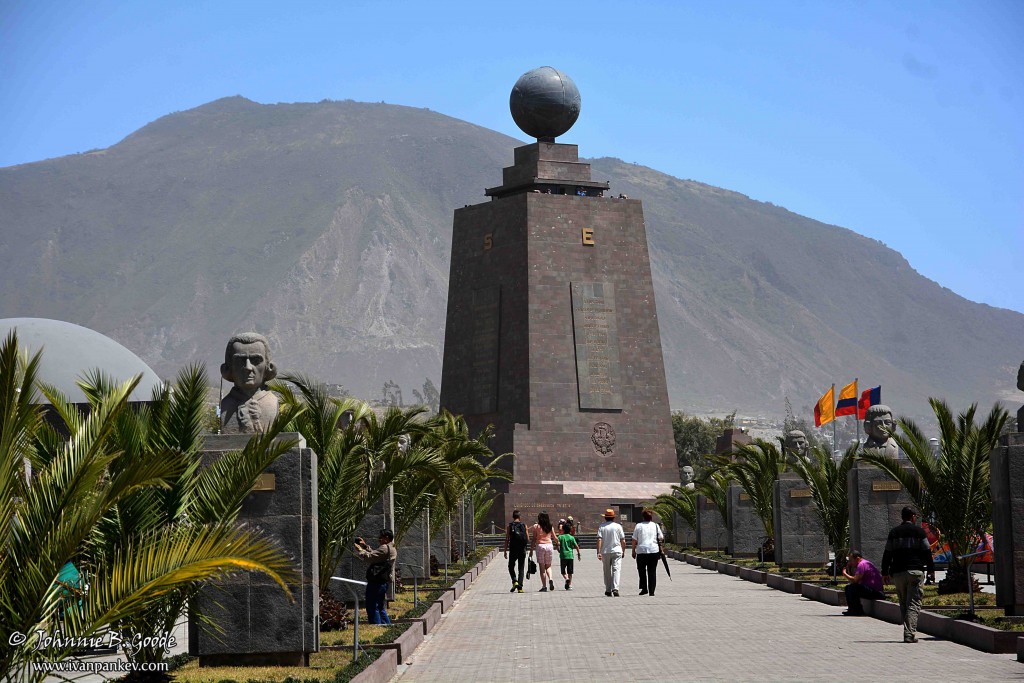 Almost three years after I visited “The End of the World” – Ushuaia, I finally got to its “middle” – Mitad del Mundo (the equator). 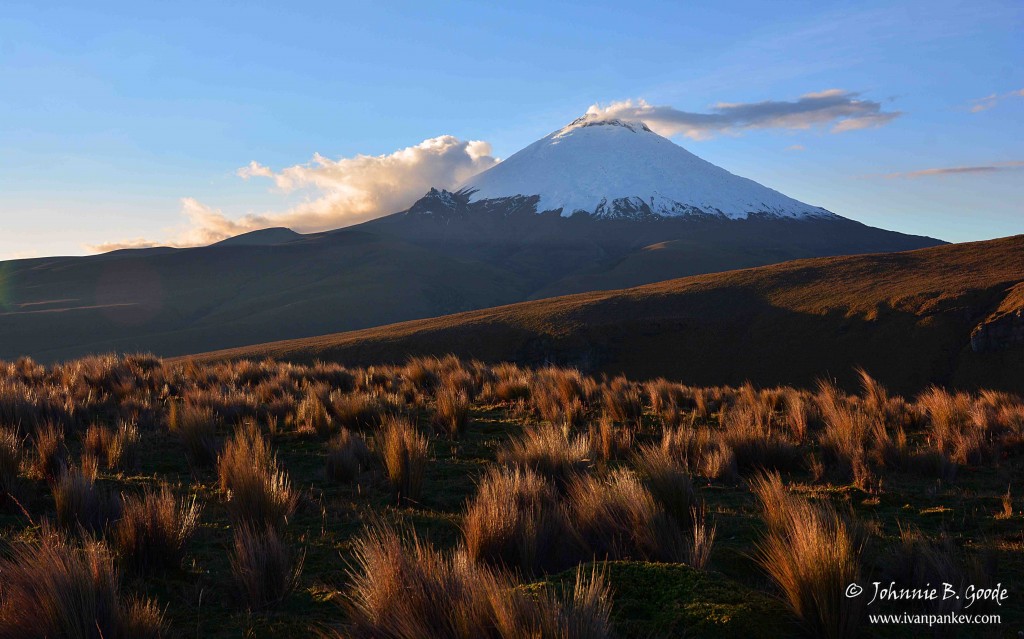 For 3 days I finished the 5-day full circuit of the active volcano Cotopaxi (85 km.) … And I almost didn’t see the peak. It was constantly hidden behind thick clouds and showed itself just for a short while at sunset on 3rd day

PS. Ha-ha, what a joke! Two days later it erupted. 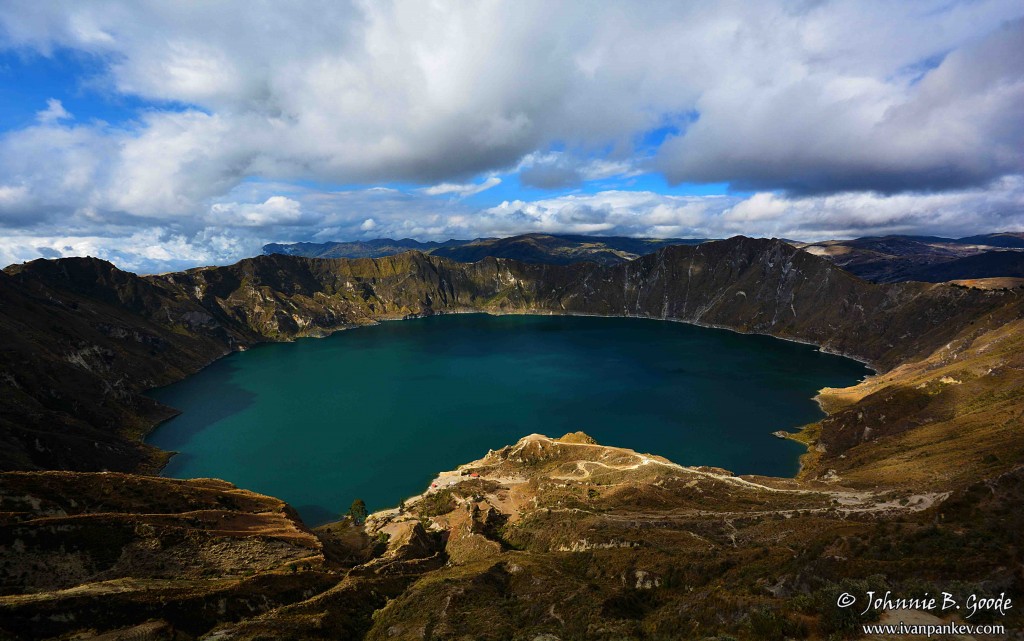 Lake Laguna Quilotoa was one of the most visited natural attractions in Ecuador, partly because its accessibility by bus. I tried to do a full circuit of the crater, but the stormy gusts made me give up this idea. They threatened to blow me over the narrow at places edge. 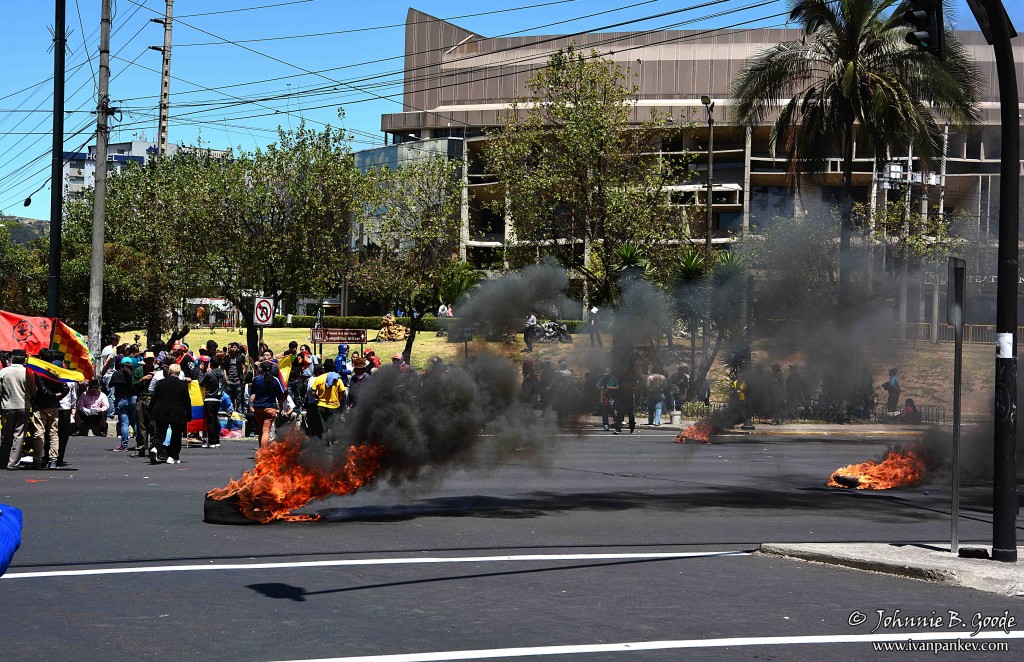 Quito was a beautiful city, but I felt somewhat irritated by my two unsuccessful attempts to leave it because of widespread protests. 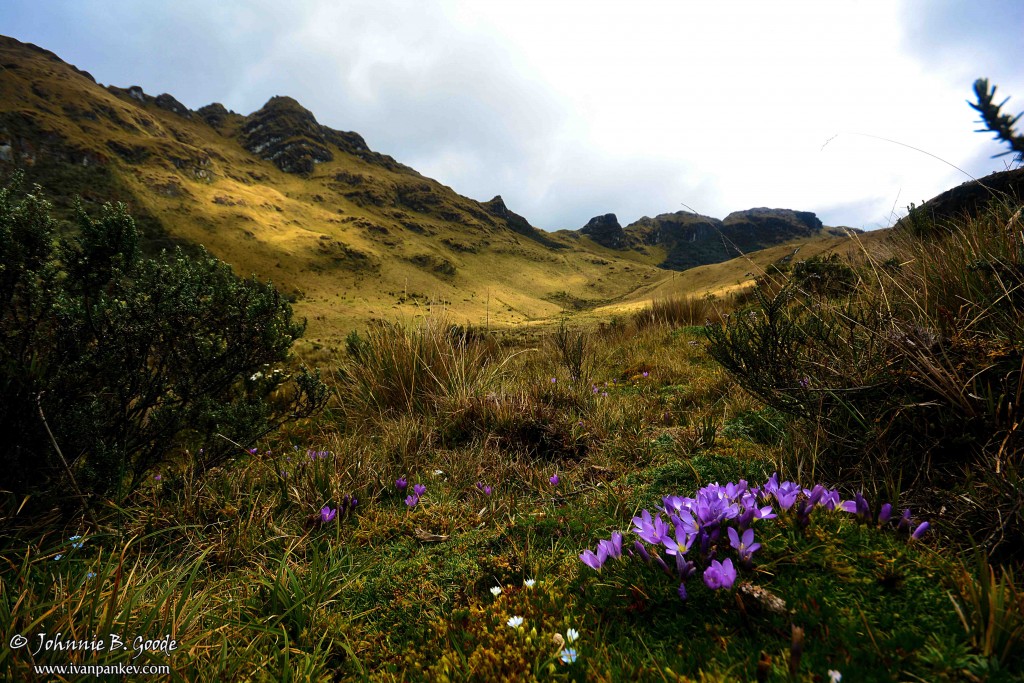 I did a two-day trek in Cajas National Park, encompassing 232 lakes. The weather was great for photos – the perfect setting for the shooting of the movie “The mists of Ecuador”, combined with bone-chilling wind and drizzle. After the first half an hour I asked myself: “Well, why am I still here?”. The answer was quite obvious: “Because of my willingness to suffer!”. 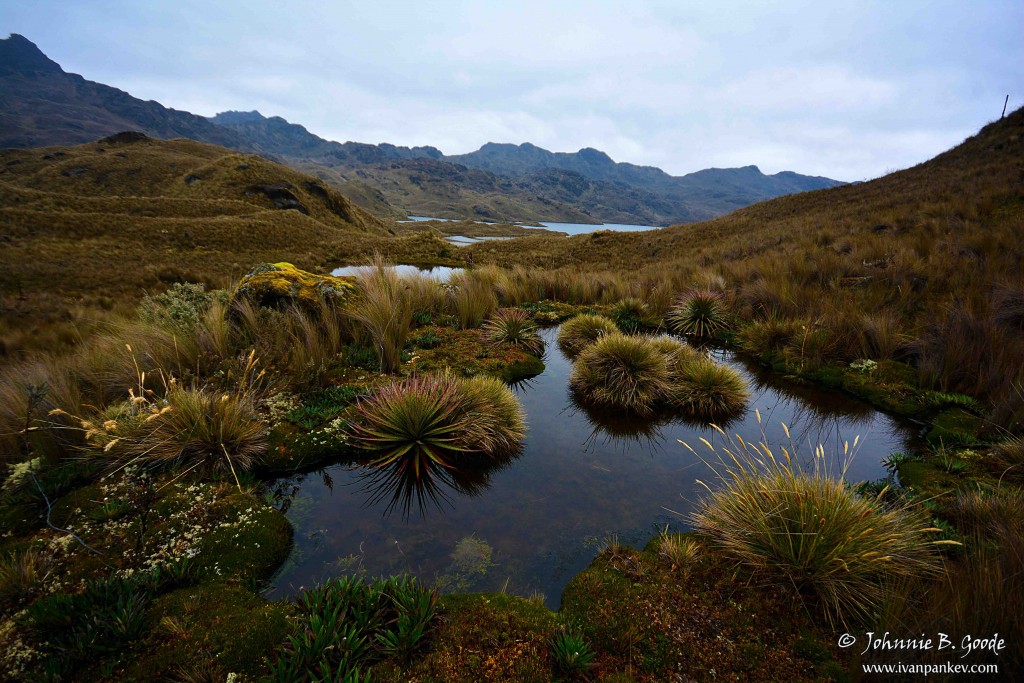 For most of the time I walked the waterlogged terrain, enjoying the beautiful scenery and repeating to myself like a mantra:

“Although we are made of mud, Lord;

I do not want to spend my life in the mud “. 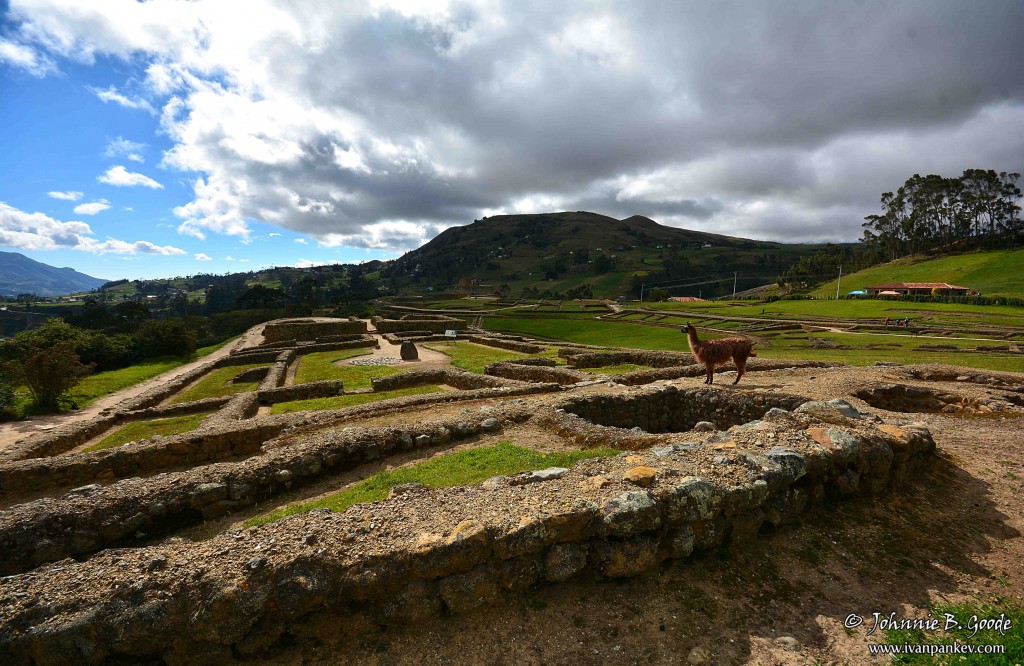 The so called “Ecuadorian Inka Trail” was a two-day trek leading to the most important archeological ruins in the country – Ingapirka. Supposedly it was relatively popular, but I didn’t meet any other person on the trails. 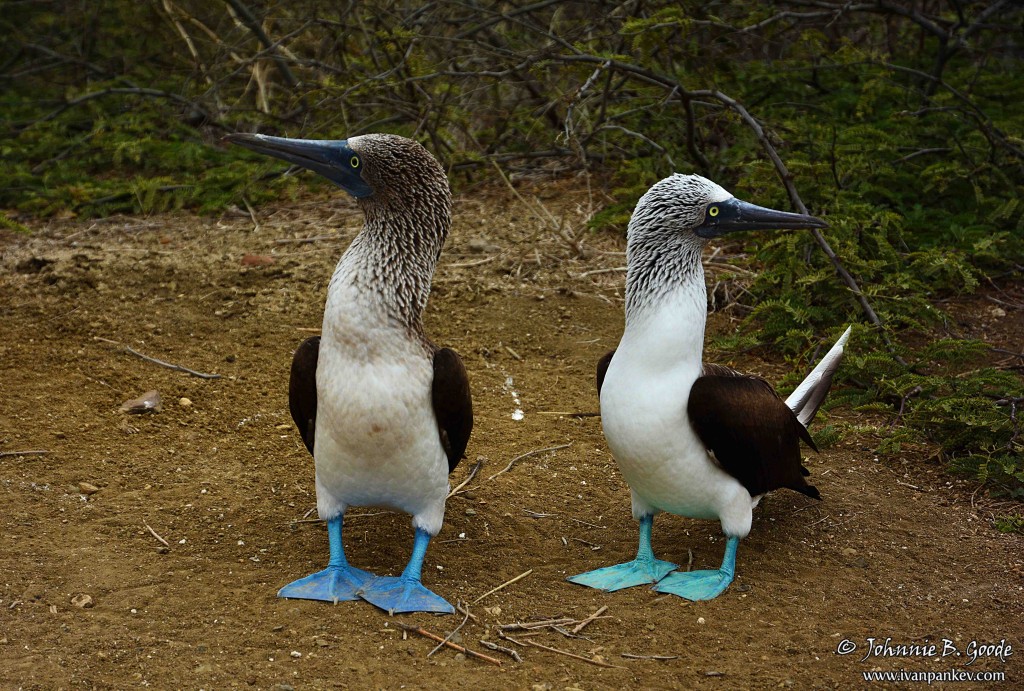 When I reached the coast, the sky was still fleeced with clouds. My hopes of good weather and sunbathing didn’t come true. Nonetheless I went on a boat trip to Isla de la Plata – one of the few places with nesting blue-footed boobies. 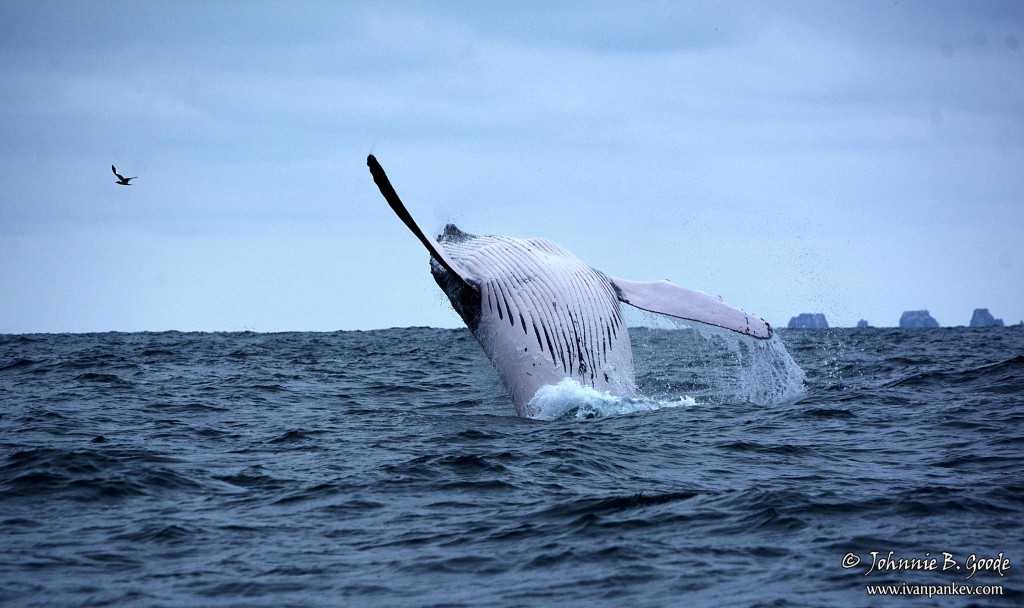 This shot cost me three bananas and two buns. I miserably threw up my breakfast overboard due to the rough open seas. 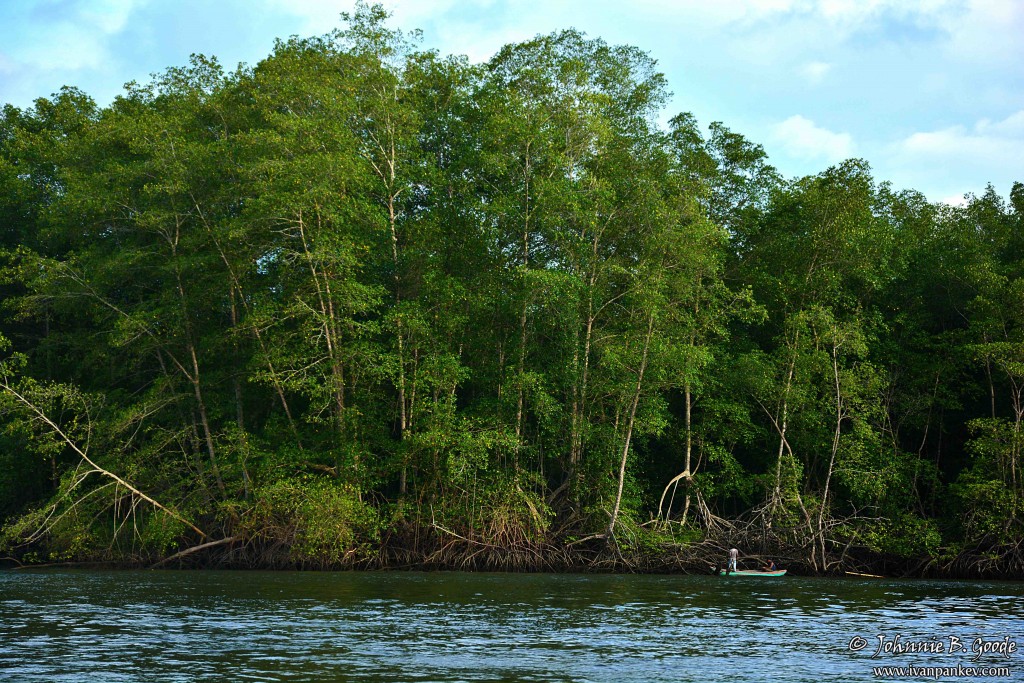 As a child I liked a lot the phrase “mangrove” because I was imagining a forest of mango trees. When years later I realized my mistake, I was very disappointed. Now in northern Ecuador I saw myself what an “animal” it actually was – a tangle of roots and branches, a real hell, if you have to go through it.

After crossing the whole Ecuadorian cost for a week, I realized that the beaches are great, but that’s not for me. As my favorite living philosopher – I. A. – says: “The real traveller can go to the beach, but doesn’t understand why”. 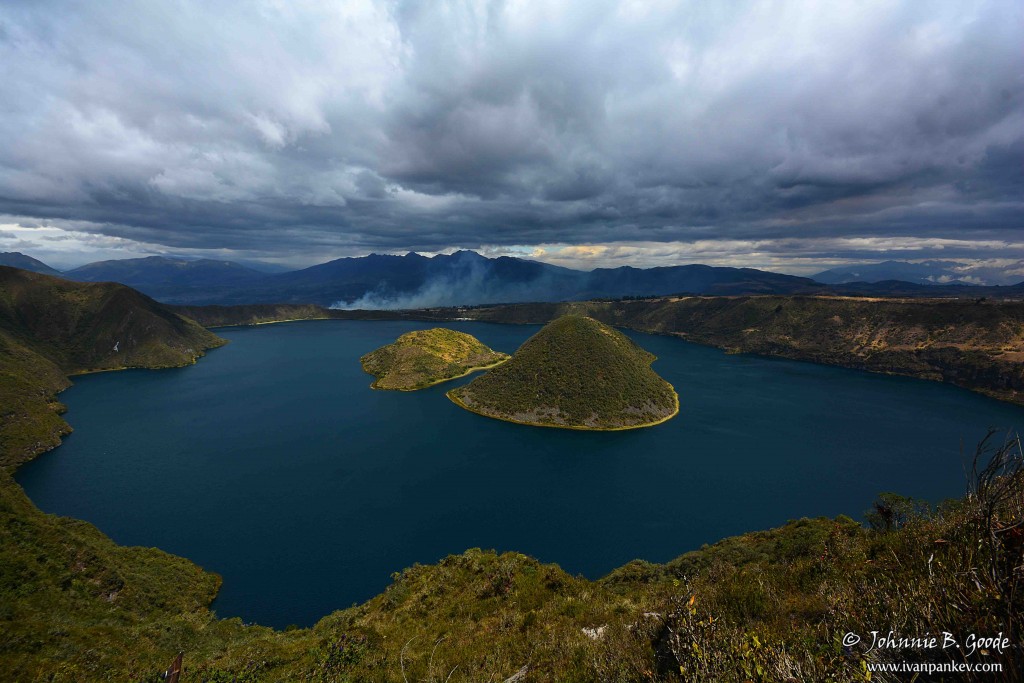 The deep blue Laguna Cuicocha occupies the crater of an extinct volcano. Its 5-hour circuit was a real pleasure.

PS. At least from a photographic point of view I enjoyed the ever overcast Ecuadorian sky.

With the ascent of the inactive stratovolcano Fuya Fuya (4286 m.), which offered beautiful views of Lagunas de Mojanda,  ended my stay in the country that proved to be the hidden gem of South America.