“Surfer’s Technique” is a story about my 5-month long South American journey – Argentina, Uruguay, Bolivia, Peru,  Ecuador and Colombia. In this part you will learn how I travelled 2500 km. along the Amazon.

Go to “Part 2: In den Cordilleren”

I had spent 20 days of the last month in the mountains of Bolivia and Peru and I have run out of stamina and desire to suffer. But my interest in South America wasn’t limited to the Andes. I was attracted by any other natural landmarks, archaeological excavations and cities with beautiful architecture. Luckily, the New World was full of such.

Scientists argue who and why made the lines in the Nazca desert. I wondered why someone had chosen to live there at all. Although included in the UNESCO World Heritage List, giving USD 100 for a 30-minute flight over them did not seem justified to me. Instead, I climbed the highest known sand dune in the world – Cerro Blanco (2078 m.). A strange mountain of white sand amidst a sea of rocks.

I completed the desert experience with a night in the oasis of Huacachina, surrounded by beautiful sandy desert. 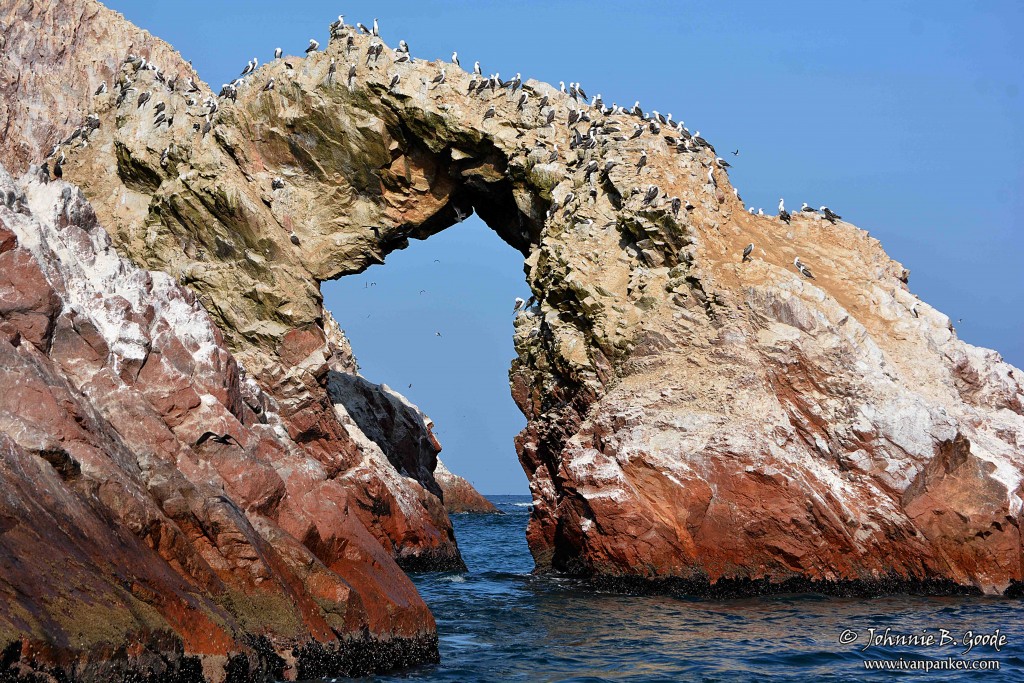 Almost two months after the beginning of my journey I finally “connected” the two oceans by visiting Islas Ballestas, often referred as “Poor man’s Galapagos”. Quite a farfetched claim (without having seen the original). Yet those devoid of vegetation stone peaks, densely covered with nesting birds, including half a dozen penguins, turned out to be a pleasant two-hour boat trip. 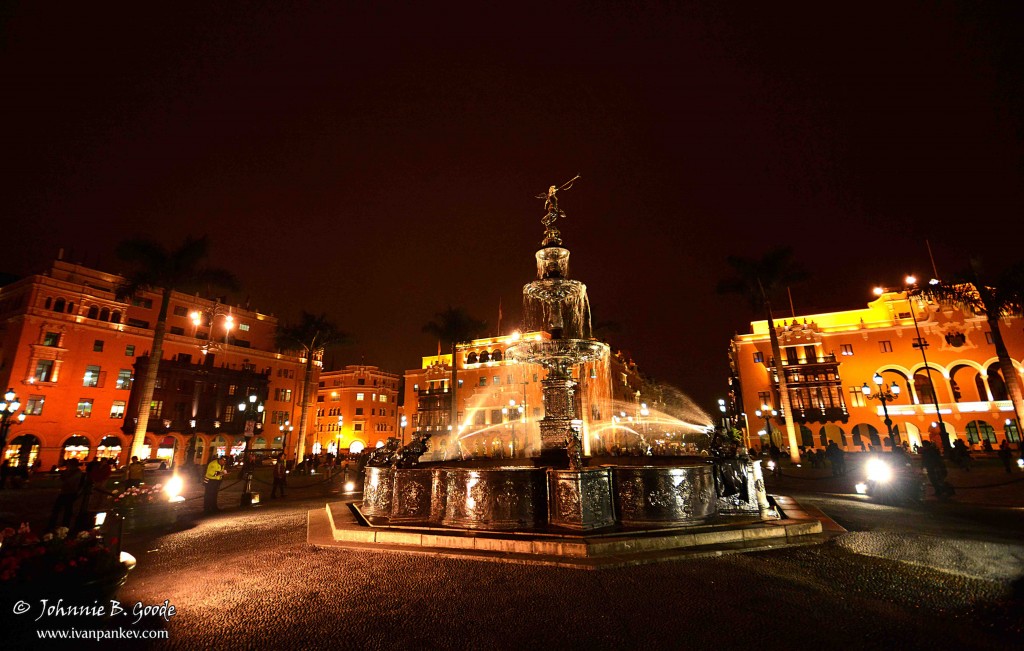 I had passed twice through the outskirts of Lima. They had terrified me to the point that I had limited my stay only to bus connections. My opinion of the Peruvian capital changed significantly after a walk around its nice colonial center. 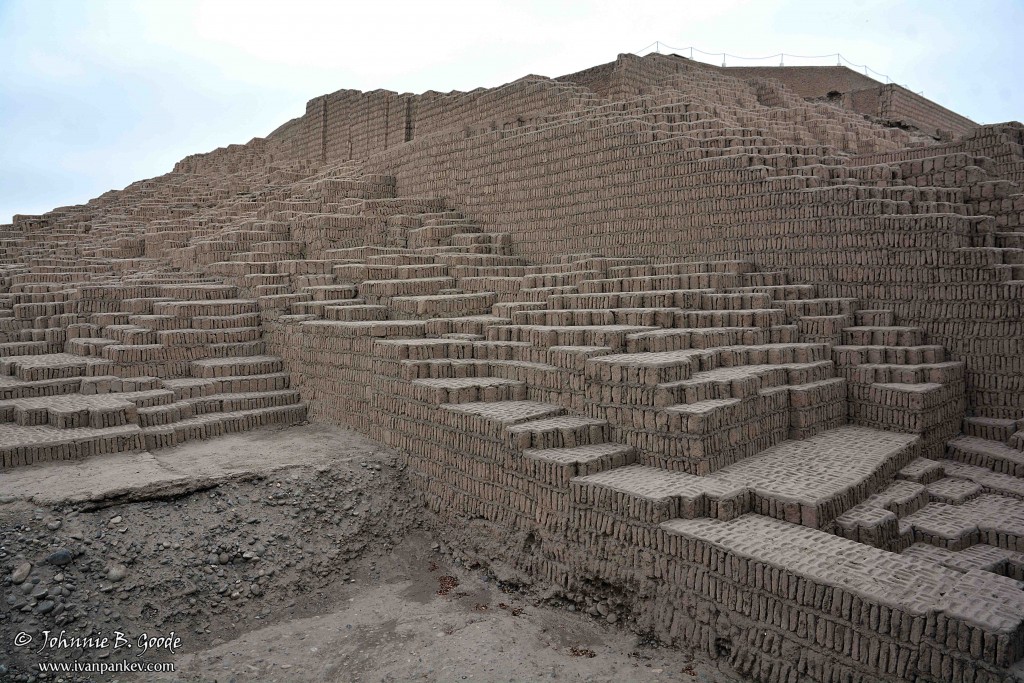 Besides beautiful architecture and large parks with canaries flying around, the city had a lot of sites for archaeological buffs like me. One of them was Huaca Pucllana – a terraced adobe pyramid and a complex built by the Lima culture around 400 AD. In the entrance fee a one-hour guided tour was included. 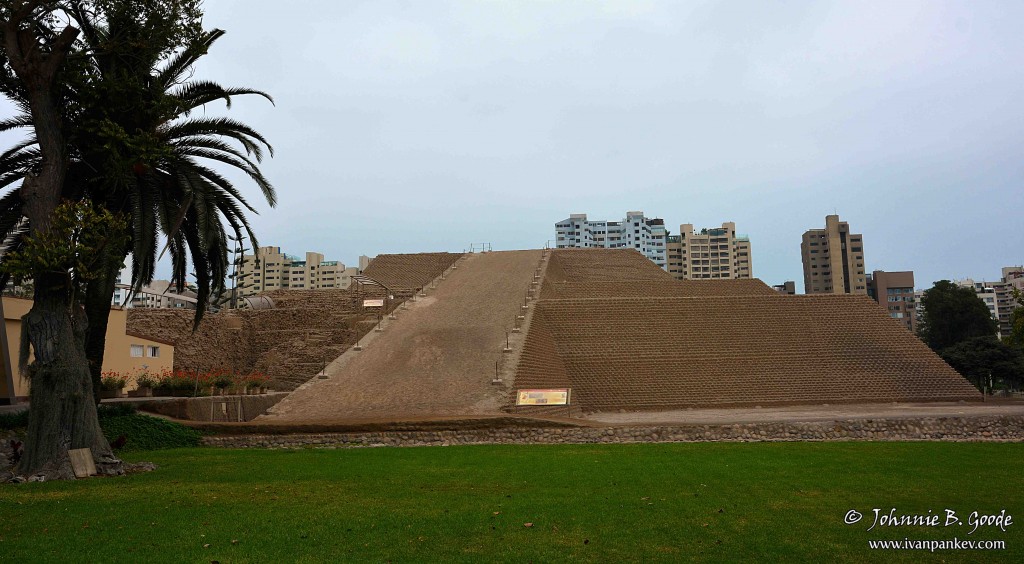 I thought that only we in Bulgaria make such “restorations”, but the Peruvians also had their brand new “antique” sites. Such was the terraced adobe pyramid Huaca Huallamarca, built originally by the Maranga culture about 500 AD.

After a 24-hour bus ride from Lima I found myself in Pukallpa where the road literally ended. It was time for another kind of adventure – more than 2500 km. in cargo boats along the mighty Amazon in an attempt to cross into Ecuador. 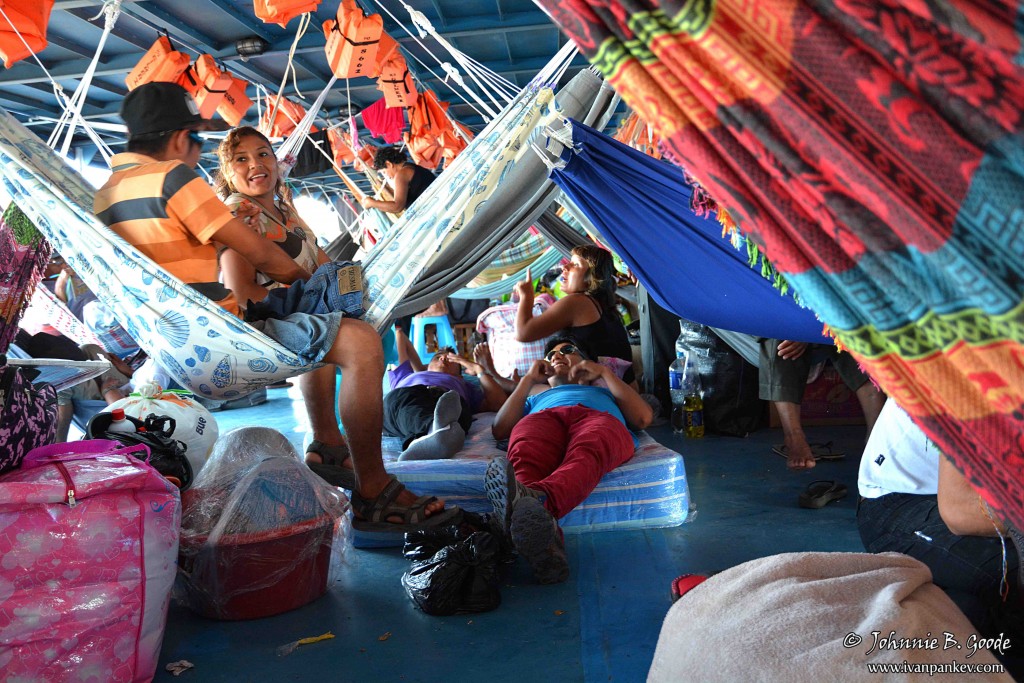 My home for the next week was seriously overcrowded – more than 200 passengers on one deck. The term “personal space” was completely devoid of content. I would have pitched my tent if there was place. Instead I had to be careful not to step on the head of the person, sleeping under my hammock. 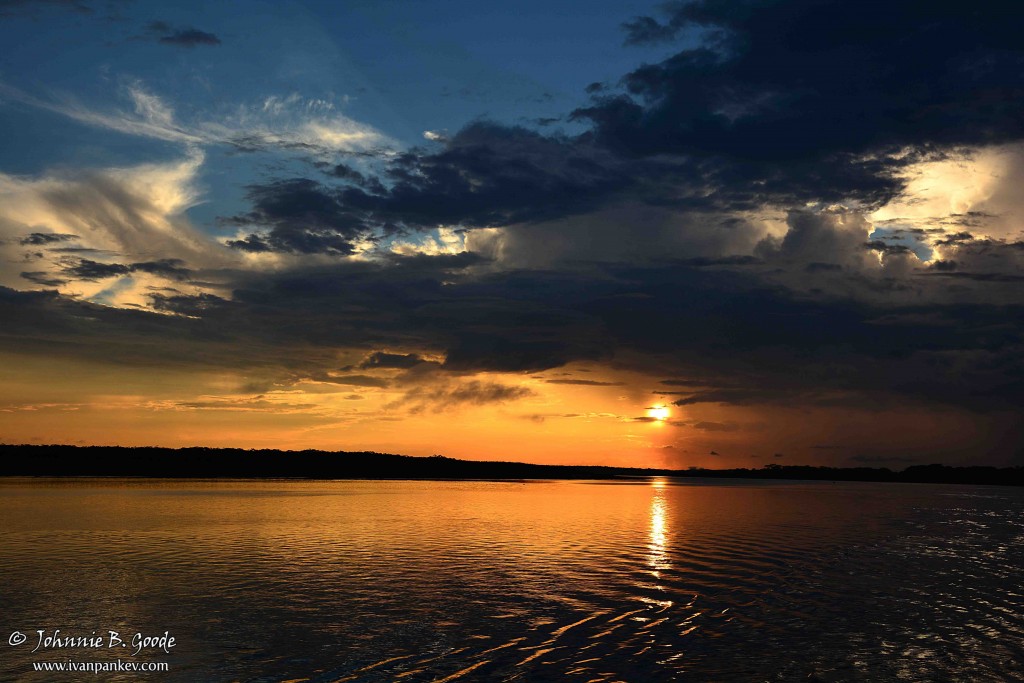 I can’t think of a better description of the water giant, winding lazily through the land of the Amazons, than the written by Norman Mclean: “Eventually, all things merge into one, and a river runs through it.” 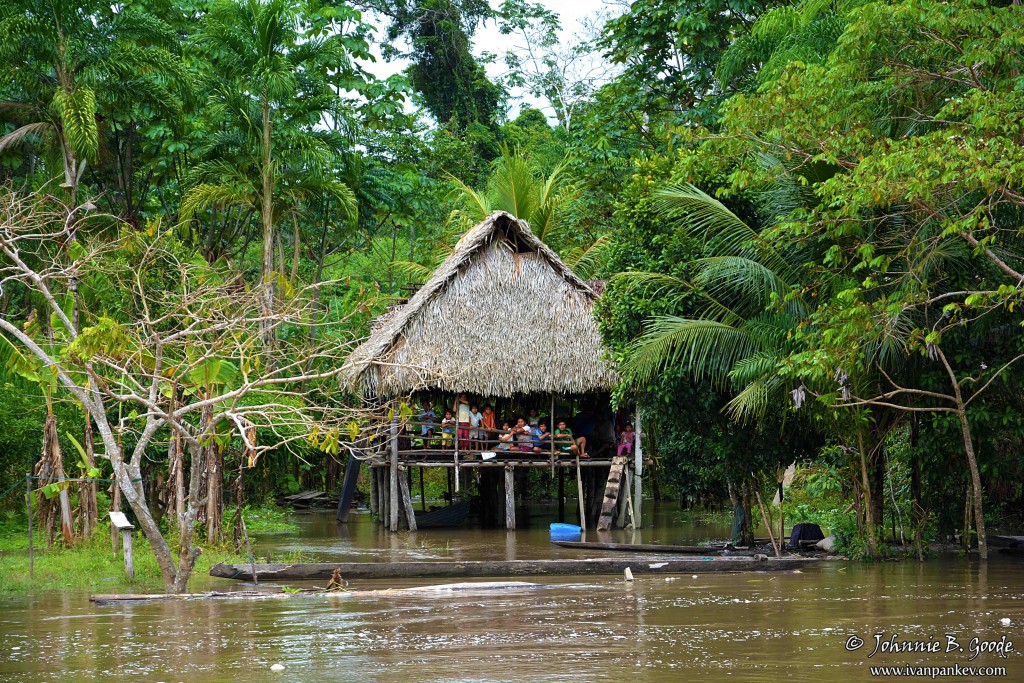 I had imagined the basin of the largest river by discharge of water in the world uninhabited and wild. It turned out to be a real river road, connecting numerous scattered towns, villages and communities. And they were seeing it as … a trash-can that easily removes of all of their waste. 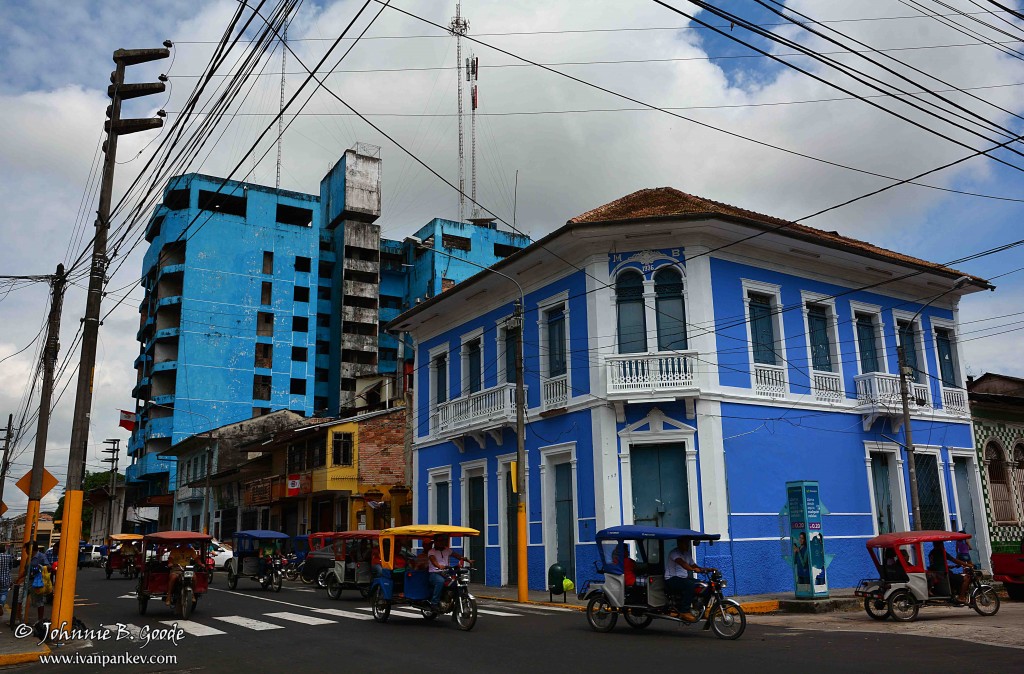 Half a million people in one place in the middle of the Amazon jungle – ecological disaster or more precisely: Iquitos – the largest city in the world unreachable by road. And it was quite ugly too – nondescript buildings of gray concrete which was true even for the traditionally beautiful in the Peruvian cities central square – Plaza de Armas, “decorated” in this case by the ridiculous Casa de Fierro – a house made of iron, designed and manufactured by Gustave Eiffel. 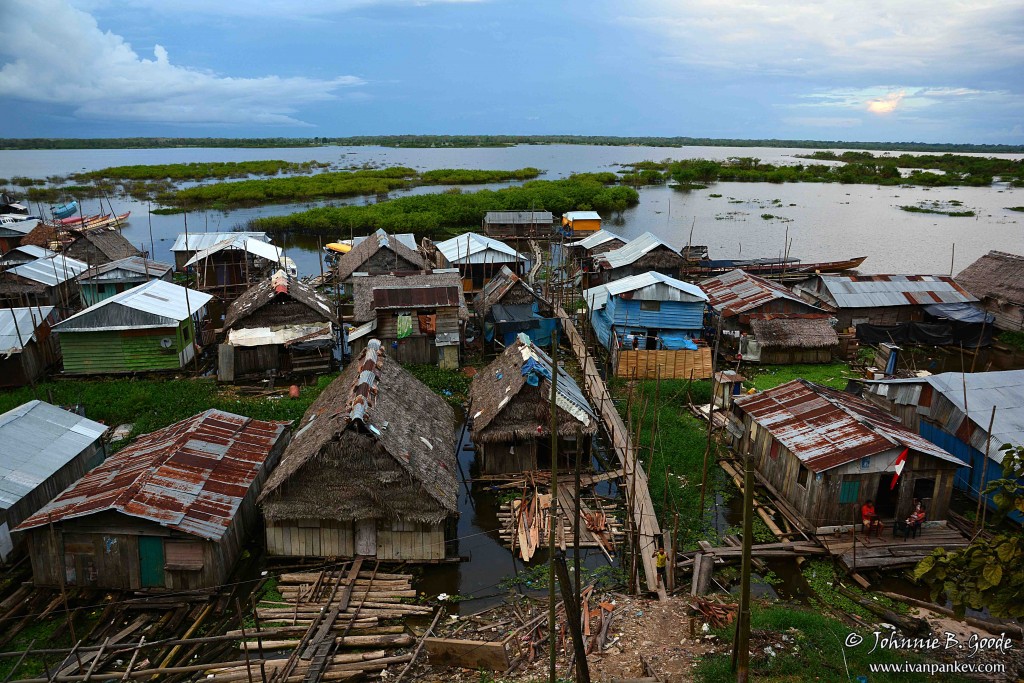 The neighborhood around the port was really staggering, and the numerous stray dogs terribly sick. I was convinced that if I got bitten, I would die in an agony.

PS. I had to live in it for four days awaiting transport to Pantoja. 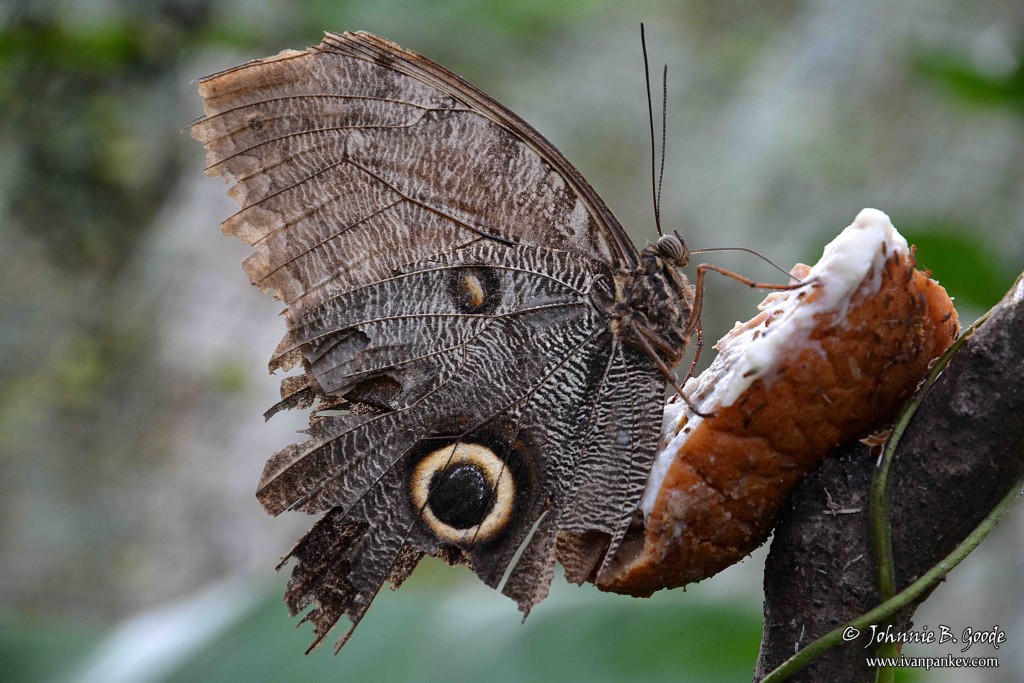 Some this time I used for in a trip to the Pilpintuwasi Butterfly Farm. There the enthusiastic volunteer-guide plied me with interesting information. I had memories from school that during metamorphosis the body of the caterpillar liquefies before forming that of the butterfly. Now I was surprised by the fact that with some species the head remains outside of the cocoon and eventually “falls out”. 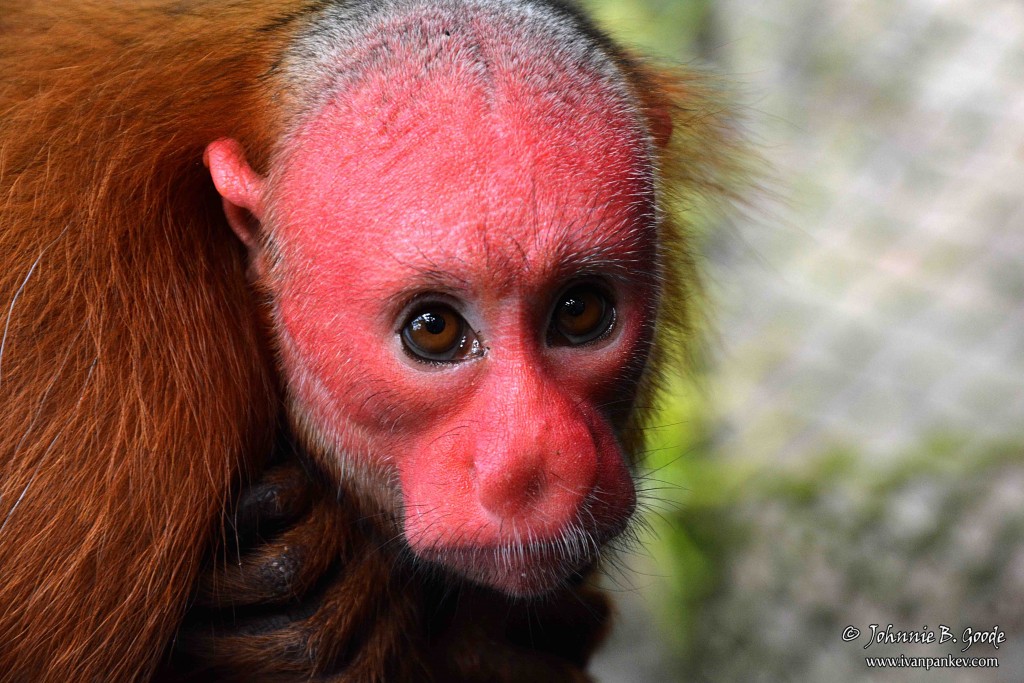 Besides as a breeding center for Amazonian butterflies the farm functioned also as an orphanage for rescued animals. It could boast of several species of monkeys (including Pygmy marmosets – the smallest monkeys in the world), two species of sloths, a tapir, an ocelot, a jaguar and many birds. 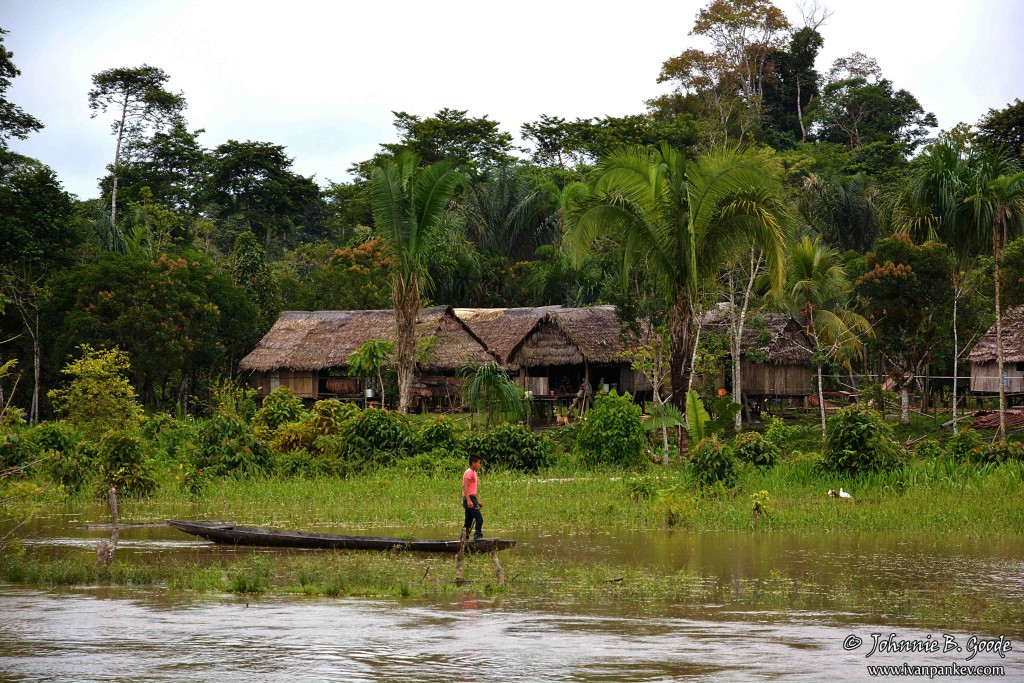 A week of sailing in much smaller and more miserable boat followed. During it the cooking water was drawn directly from the Amazon river, only a few meters from the toilet pipe. Bon appetit!

In the Ecuadorian border town of Nuevo Rocafuerte I did a several-hours walk around the surrounding jungle. To Coca and the asphalt road it was only by a 10-hours motor canoe ride. 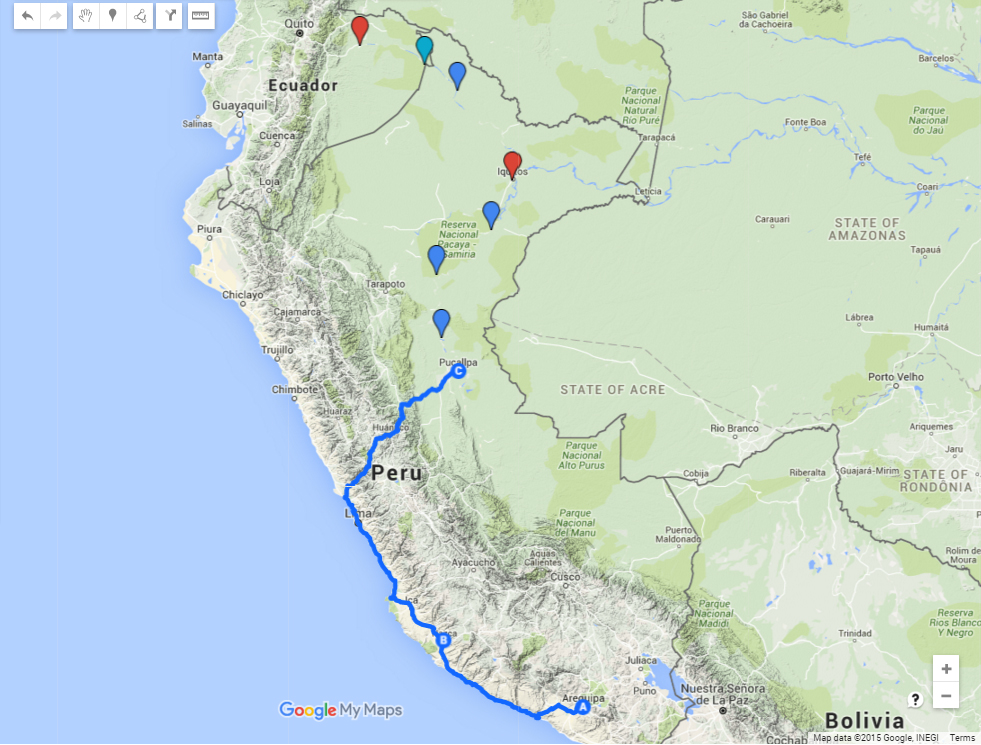